Love Food and Be Slim 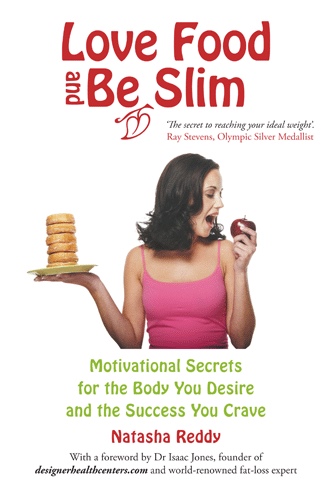 You’re going to make one positive change, like quitting snacking in front of the TV and drinking sparkling water instead (but please do personalize it), for a calendar month – 28, 30 or 31 days.. Mark up your calendar and promise yourself that you’ll do it for the duration – no more, no less. This is not about forcing yourself: it’s a holiday, an experience of something different, an opportunity to go a new route! It’s your chance to realize how easy it is to re-route a pattern of behaviour! And once you’ve made that first decision, it’ll become easier … and easier … and easier…
Then on the first day of the following month, ask yourself, how you feel. If you feel oh so much better, then you can easily keep on going, can’t you? You see, after your initial commitment, it can feel effortless!

What you’ve done is wired yourself to behave in a way which will better serve you.

Take a pen and paper and write this down:
‘The decisions I make and the actions I take determine my “wiring”.’

Consider this quote from the Dutch Renaissance humanist and theologian Desiderius Erasmus: ‘A nail is driven out by another nail, habit is overcome by habit.’5

What does it really take to lose weight and feel great forever? Why is it that many diet and exercise regimes simply don’t work? What are the secrets of the slim and fit—what’s special about the way they think? What are the thoughts and actions that effortlessly propel you towards your ideal weight? How can anyone start to have a better body image immediately? And what if being trim and full of energy were simply about waking up to your own thoughts and strategies? If you want to befriend your appetite and then hone your shape with effective nutrition and exercise plans, read on. This book uses easy “keys” to unlock the way you think, change the way you eat … and change your body and your life!

Natasha Reddy was born in London but has lived internationally. After working in business, audit, and consultancy, she certified as master neurostrategist, NLP practitioner, and hypnotherapist to empower people to realize their true potential, with particular emphasis on confident body image. She is married with two children.