My Quest For The Moment When Everything Changes 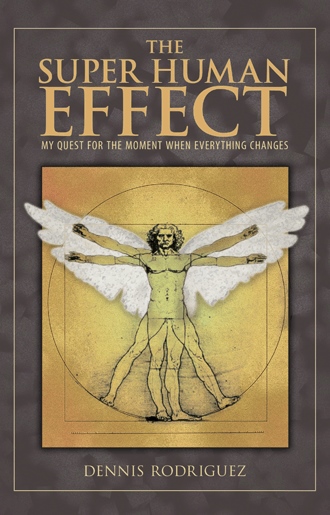 From the Introduction: You are about to read a book about your life. One of the greatest obstacles to living our life’s calling is the belief that we are alone in the world. That our experiences are unique and that no one can relate to our depth of confusion and despair. We doubt whether there really is a supportive universe that “gets us”. We ask the ultimate question at the heart of our sense of separation: “What is wrong with me?” Our work begins when a specific answer is revealed: “Nothing is wrong with you.” A flood of judgments come our way and every moment becomes an opportunity to deliberately choose acceptance or resistance. This book is about the power of free will to reveal our destiny. When the moment arrives where you become aware that “nothing is wrong with you”, what follows is a shift in perception from doubt to certainty. What is born is the free will to make one choice: join the rest of creation in becoming an instrument of divine grace. What is left behind is the struggle perpetuated by a state of resistance to what we think, feel, do and are. We become compelled to follow our heart without reservation.

Fear has picked up uncontrollable speed in our world today. Skyrocketing unemployment rates, the threat of a worldwide economic collapse, global warming, civil unrest, terrorism, and what the end of the Mayan calendar might bring in 2012 have put the prospects of a better life on hold for many throughout the world. Trips have been canceled, weddings postponed; fulfilling jobs aligned with our skills and passion are not pursued for security reasons. Is fear destined to win?

The Super Human Effect is an exploration of the moment when our life’s purpose is revealed and the actions that stem from this inspired epiphany. As we strip away disempowering beliefs, painful references, and a strong identification with our limiting sense of self, we allow for our authentic nature to be re-ignited and inspired action to be released.

Along with inspiring stories of the moment when everything changed in the lives of influential figures, author Dennis Rodriguez shares in “real time” his decision-making process to resign a university director position after eight years and during the “deepest recession since the Great Depression” to follow his spiritual heart and live the life in public he has led in private—a life committed to eradicating fear.

Dennis Rodriguez was born in Lajas, Puerto Rico, and grew up in a bilingual home in the Bronx, New York. At the age of sixteen, Dennis moved to Boston, Massachusetts, to attend Boston University’s College of Fine Arts, earning a degree in acting. After graduating in 1993, Dennis moved to Kansas City, Missouri, and completed a master of fine arts degree in acting and directing. The decision to make family and security his most cherished values took over, and he left acting completely to learn how to use a computer and get an office job. He spent the past twelve years in sales management, earning an MBA in international business. Simultaneously, his existence as a businessman was rivaled by a second life. Having spent twenty years studying comparative religion and new thought principles, Dennis was consumed for hours in prayer and meditation, experiencing extrasensory mystical and healing experiences and spiritual communication with the dying. On May 17, 2009, Dennis made the decision to write a book and embark on a career as a transformational author and speaker. In 2010, Dennis started a company called Metatransformations Consulting, LLC, in which he coaches individuals and groups on the principles of manifestation and dream fulfillment through the use of creative art techniques, intuitive counseling, and heart exploration. Dennis lives with his wife and two children in Denver, Colorado.