Five Steps to Get Off Antidepressants Safely and Effectively 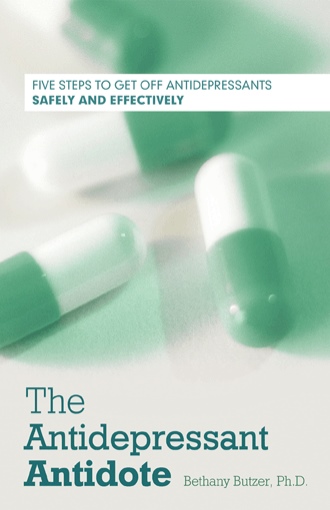 I’m sitting in the waiting room at the student health center, my eyes darting anxiously back and forth. I’m hoping with everything in me that I won’t happen to see any of my friends or acquaintances. I spot a pile of old magazines and quickly grab one, pretending to look interested in how to recreate the latest fall fashions from Paris on a budget. I wish I was here for some sort of “typical” university student problem, like getting a doctor’s note for a fake illness so that I can miss an exam. Instead, I’m here because my therapist thinks I might need to go on antidepressants. She couldn’t prescribe the drugs herself, so I have to go see a GP. A tall, frail nurse comes around the corner and calls my name. As I walk toward her, something in me knows that I’m approaching a big decision, one that shouldn’t be taken lightly.


What length would you go to rid yourself of anxiety and sadness?
I took antidepressants for 6 years.
It started when I was 20 years old. I’d recently moved away from home, and I was in a romantic relationship that was highly dysfunctional. I was also having trouble getting along with my best friend, who happened to be my roommate.
Add to this the fact that my rocky childhood was starting to catch up with me. My parents had separated when I was young, and my father eventually cut off all contact with my mother, brother, and me. My mother was an absolute sweetheart, but was extremely anxious and I seemed to have inherited her knack for worrying about almost everything. My mother remarried a man who I had a very hard time getting along with at first. My stepfather was a recovering alcoholic, was verbally abusive, and was completely blind – not in the metaphorical sense of the word, but truly blind – he had lost his sight due to a gunshot wound to the face that he suffered when someone had tried to kill him. His life circumstances gave him demons that he never fully dealt with, which caused tension between him and my family for much of his life.
Of course, things could have been worse, and I realize that my childhood wasn’t as difficult as what some people have had to go through. However, I will say that my upbringing wasn’t a walk in the park, and it left me with several scars that hadn’t healed. So, in my early 20s, when deteriorating relationships with my boyfriend and my best friend were causing many of my issues to resurface, I decided to see a therapist.
Therapy at my university was free, and I was studying psychology, so I thought that seeing a therapist might be a good opportunity to learn about myself and get rid of some of the anxiety and sadness that I was feeling. After seeing the therapist for a few sessions, she decided to refer me to a doctor because she thought I was suffering from dysthymia and that I might need to go on medication.
I’d never heard of dysthymia before – but it sounded pretty bad! For a moment, I pictured myself being wheeled away in a Hannibal Lecter-style straightjacket. But as the therapist explained dysthymia to me, I realized that she was actually describing a relatively mild condition.
According to the American Psychiatric Association’s Diagnostic and Statistical Manual of Mental Disorders (DSM-IV), dysthymia is a mild form of depression in which a person must have had a depressed mood on most days for at least 2 years or more, and show two of the following six symptoms:


The person also cannot have suffered from a major depressive episode over the 2 year period, or a manic episode (e.g. bipolar disorder).
Looking back, I don’t know if I was suffering from dysthymia or not. I was feeling down at the time, and I’m sure I mentioned to the therapist that I’d felt sad during my teenage years. My level of sadness had also never been severe. I was always able to function in my daily life, go to school, and work a steady job – and I had never been suicidal. In my opinion, however, any two of the symptoms from the bulleted list above would pretty aptly describe most second year university students!
Still, the therapist thought that I might need medication, so off to the doctor I went. The doctor spoke with me for around 15 minutes, gave me a short questionnaire that asked about my feelings of sadness, and sent me home with a trial pack of Paxil (which was one of the latest and greatest new antidepressants back in 1999).
That 20 minute appointment led to me being on antidepressants for the next 6 years.
After taking Paxil for only a few days, I had a full blown panic attack in the middle of a cafeteria on campus. I had never had a panic attack before, but I recognized the symptoms from my psychology textbooks. I went back to the doctor, who told me to cut my Paxil pills in half and get up to a maintenance dose more slowly. Many years later, I learned that increases in anxiety and agitation are quite common when people start antidepressants. My doctor never warned me about this, however, nor was I made aware of the other side effects that often come along with antidepressant use.
By the time my 6 years of antidepressant use were up, I had been prescribed three different antidepressants. First I took Paxil, then Celexa, and finally Zoloft. I experienced a whole host of unpleasant side effects with each of these prescriptions, and I tried several times, unsuccessfully, to get off the drugs. I also never received any type of formal psychological evaluation or diagnosis. My therapist had suspected dysthymia, but her suspicions were never officially confirmed. Feeling hopeless, I resigned myself to the idea that I would need to take antidepressants for the rest of my life.
Should I have ever been put on Paxil? I don’t think so. Sure, my childhood had been rocky, and I was high strung and sad sometimes. But I believe these issues could have been effectively addressed through psychotherapy and other alternatives besides medication.
Instead, I spent 6 years scouring the internet and bookstores for someone who would help me get off antidepressants. I wanted to reduce my anxiety and sadness using natural methods, and I knew I didn’t want to be on antidepressants for the rest of my life. Eventually, after years of trial and error, I managed to kick my antidepressant habit for good.
The purpose of this book is to help you do the same.

In The Antidepressant Antidote: Five Steps to Get Off Antidepressants Safely and Effectively, Bethany Butzer, Ph.D. provides practical and proven techniques to help you get off antidepressants once and for all. This life-enhancing 5-step program will teach you:

• How to get the support you need as you taper off antidepressants.
• Tips to deal with the withdrawal effects that can arise when reducing your antidepressant dose.
• Techniques to let go of stress, anxiety, sadness, and depression.
• Smart choices to move you toward the type of life you desire.
• Strategies to stay off antidepressants over the long term.

In this book, Dr. Butzer doesn’t stand up on an ivory tower and tell you what to do. She took antidepressants for 6 years, and after several failed attempts she finally managed to get off the medication for good. She offers moving, real-life stories from her own experiences to show you how to bring the principles in this book to life.

Written by an expert in psychology who understands antidepressants both personally and professionally, The Antidepressant Antidote provides a holistic 5-step program to help you kick your antidepressant habit for good.

Bethany Butzer, Ph.D. is a Mental Health & Wellness Advisor who specializes in helping people reduce stress, anxiety, sadness, and depression. She provides life coaching, workshops, and yoga classes that empower her clients to improve their well-being, reach their full potential, and get off antidepressants. For more information, visit www.bethanybutzer.com.