Stepping Stones to Self

Journey your inner landscape and discover your original Self 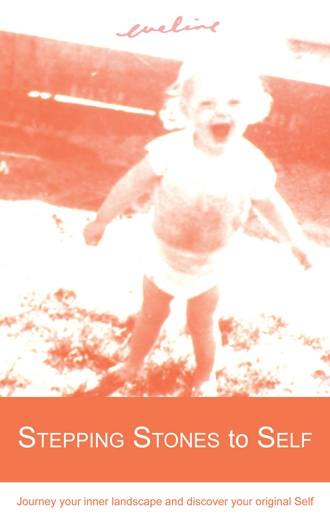 HSP : THE HIGHLY SENSITIVE PERSON ~ Beauty of whatever kind, in its supreme development, invariably excites the sensitive soul to tears. ~ Edgar Allen Poe ~

One in five people are born highly sensitive or are HSP ~ that means 20% of our population is highly sensitive. Being a HSP means your nervous system absorbs & processes ten times more information than an average person. Your nervous system is more sensitive to subtleties, your brain processes and reflects more deeply, you are prone to over stimulation, get easily stressed out and overwhelmed. Being born HSP interacts with experiences of trauma in childhood, due to being misunderstood, producing symptoms of depression, anxiety and shyness later in life.

HSP are born with special antennae to receive subtle signals. Though this is physically & emotionally exhausting, it is also a gift. HSP can comprehend faster, are generally more aware than others of beauty and pleasure, are better able to sense other's moods. HSP know what is needed to improve their environment, take greater delight in Art & Music and are conscientious.

When entering a room, HSP are able to pick up subtle nuances, sounds, smells, energy; sometimes even catch some lingering energy from an argument that happened before they entered. HSP are also very creative, intuitive, artistic and detail oriented; they have stronger emotional reactions, are spiritual, and posses a rich & complex inner landscape. HSP are loving and caring and feel a deep internal connection with people, animals, plants and the earth. Conclude that their spiritual life equals their physical life.

The darker side of this extreme sensitivity is that HSP quickly and easily loose footing due to loud noise, harsh light, chaos. Even particular medicines, foods, or smells can throw them off. HSP will need time and rest for recuperation often. It is important for a HSP to learn at an early age how to protect Self, as HSP more often than not, extremely misunderstood.

Special gifts such as these bring with them special responsibilities. However, not many people are aware, and a highly sensitive person (HSP) rarely gets recognition. While a HSP needs more comfort and attention than the average person, unfortunately they often get pushed aside without being valued or getting acknowledgment for their positive attributes. HSP quickly get the message that things are not 'normal' according to the ideal, and develop at early age a negative self image. Many HSP hide their true nature and try hard to adjust themselves into our fast paced, loud and chaotic society. HSP will burn out fast and need periods of rest and quietude. Because of 'shame' infested feelings, many HSP live in solitude and therefor it is not a known fact in their circle of family & friends that they are indeed highly sensitive with special needs.

Not much has been written on this subject; many people are unaware and unable to detect and/or aid a HSP. Often when a HSP comes out with their truth, they are ridiculed and considered a nuisance. This shows that the negative aspect of HSP is more on the forefront than their positive attributes.

20% of humanity is highly sensitive. Different cultures have different reactions toward HSP; in Asian culture and Native American Indian culture HSP are regarded much higher than in Western Society. In Western society, outgoing, bold, extroverted personalities are rewarded, while sensitive personalities are treated as a flaw that can be conquered and defeated.

~ HSP's could contribute much more to society, if they received the right kind of attention. ~
~ pioneer in HSP ~ Dr. Elaine N. Aron

With awareness and education (understanding), much can change, and HSP, can live happier, more peaceful lives and develop deeper, more meaningful relationships. One negative aspect of HSP is that they quickly get into 'overload' mode, because of the many subtle stimulants picked up, from the outside (sound, light, smell) as well as inside (thoughts, feelings, ideas, memories), as well as energies from other people around them, which is mentally & emotionally exhausting.

~ It is usually the imagination that is wounded first, rather than the heart; it being much more sensitive. ~
~ Henry David Thoreau ~ 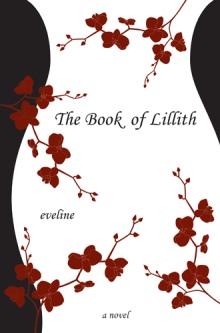 Due to current planetary alignments, our heart center is being flooded with Divine energies, inspiring us to heal our bodies and deal with emotional blocks. Now is the time to journey to the inner landscape and discover true Self. Stepping Stones 2Self is a collection of articles aimed to enhance the understanding of the body/mind/spirit connection, while learning to honor and nourish the Self.
In understanding Self, we are able to understand others, and create a more peaceful environment.

The rare gift of eveline is more than explaining complicated issues in a clear and simple way. She is passionately involved in all her subjects, lives them first and thus is able to pass her experience on to her readers.

Integrating intuition and knowledge from the Knowing Field into her writings, trusting her abilities to be in tune with Higher Knowledge, eveline is a medium through which essential information is given and passing this on to her readers is a true act of love.

eveline's articles are deeply connected with the body, mind and spirit; exploring all three of them in a way that transcends our dogmatic view on these subjects. Using the ease of a true seer she shows us alternative paths to walk through life and ways to use our body, mind and spirit to become one with Self and thus with All That Is. ~ L.R.