Memoirs of an Intuitive 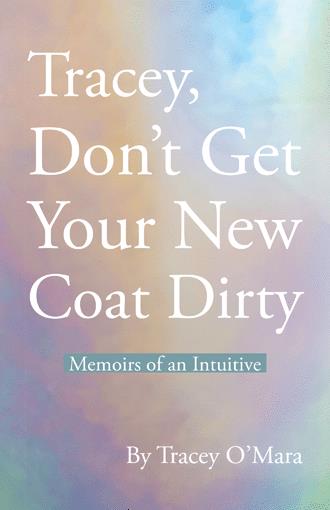 There was a gravity in the home that would not subside and I had instantly developed new feelings of the fear and paranoia of being watched. I always slept with the hall light on and my bedroom door open. One night while in this house, as I slept, I awoke to the sharp sensation of fingers poking into my ribs. I could find no physical evidence to explain why I was being poked in my ribs so I told myself to ignore it as I usually did when this sort of thing happened. Overtime, what I suspected to be a ghost, began manifesting itself into shadows that would follow me around the house. I could see its darkness creeping. I began to sense the Ghost was an older male. I was frightened and he wanted me to be. At night it was the worst. Many nights I would hear his footsteps as he walked up the stairs to my room. Many nights he would kneel beside my bed, breathing into my ear. On one occasion, I felt a weight placed on my torso and the sensation of being pressed down until I could not breathe. I could no longer ignore what was happening to me. I explained to Mum what was going on and I would cry out for it to stop. Mum began to pray for me even though she was an atheist. It was all the makings of a scary movie, except when a scary movie was over most people could leave the theater, go home, and tell themselves it was just a story and that sort of thing never happened in real life. Most people did not fall asleep to feelings of an invisible stranger’s breath on their ear. The night that I had finally struck the wall of my emotional and psychological limitations, I fought back my tears and struggled through my exhaustion to pray. I could feel his rasping breath on my face, and see his dark and looming shadow. I felt it would never end and this, too, would just be a part of my life. “Dear God,” I begged, “I can’t do this anymore, I am so scared. Make him stop. I’m so scared. Please help me,” I prayed. For a few seconds I heard only my own terrified heart beating before the menacing whispers and sounds continued. Was he going to touch me? Poke me? Sit on me? Smother me? Or worse? They heard me. I knew the Angels had heard my cry for help. A flood of warm peace rushed over my body, as if a large warm blanket had risen over the foot of my bed and settled down on top of me. It was followed by the sensation of being cradled. I felt that my body had been immersed in a cocoon of liquid golden light. It filled every part of my mind and my heart. This light sent me instantly into a dream. Waiting for me in my dream was an angel and gently resting in this angel’s arms was a big white Persian cat. The angel passed the fluffy guardian over to me while gently whispering, "he will sit with you every night, protecting you while you sleep.” I had just experienced the divine love and calmness of the Angels and I knew from that moment that I was safe. In the morning, I found Mum in the kitchen. She looked up at me from the table with doubting eyes. “It’s going to be okay now, Mum,” I told her with sincere confidence. I told her what I had dreamt the night before and that the menacing breathing and touching had stopped. I promised her that I was not scared anymore. She leaned towards me and reached out to where I was standing. From my nightgown she plucked a single, thumb-length, thick, white hair. We had no pets. We looked at each other in amazement.

Tracey Don’t Get Your New Coat Dirty is a collection of memories of intuitive spiritual healer, Tracey O’Mara. Tracey shares her memories alongside the insight she was given directly by the Angels and her spirit guides to navigate these experiences. In this book, Tracey shares the tools that she has developed to help others approach the events in their lives with hope, strength, and positivity in the same way she has been helped by her angelic friends.

Originally from Northern England, Tracey O’Mara is an intuitive spiritual healer of over thirty years who was born with the gifts of clairsentience, clairvoyance, and clairaudience. She moved to Southern California with her husband, Vic, and sons, Oliver and Lewis, in 2008. From as young as two years old, Tracey can recall instances in her life where she has received angelic intervention to help her overcome adversity. With the constant reassurance of her own spirit guides, she has learned how to become a conduit for divine light to flow through. Tracey’s mission in life is to touch everyone she meets with the love of the Angels and to ignite a spark of unconditional love and remembrance from within each person’s heart.