Transforming the Ordinary into the Extraordinary 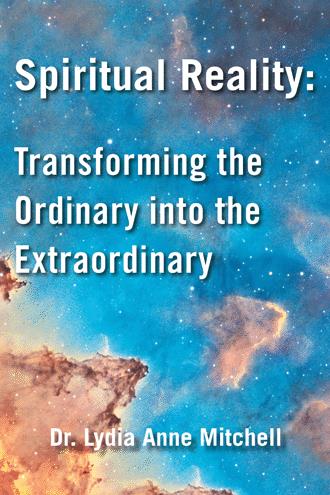 Agreement between Physical and Spiritual Realities

We live in a physical world as we see it. It is a belief that we have been trained to have by the society and surroundings to which we are exposed. Hence our experience is limited to this physical reality. However, within this physical framework, there is another level of reality that is subtler and less documented, accepted, or even thought about.

There are many religious groups and wonderful forms of worship around the world, however people often separate their worship from the rest of their lives by going to church (or other religious institutions) only one day a week, or not taking time during the workday or meals to perform a ritual or thanksgiving. The society in general tends to act in the world as either spiritual or physical on a daily basis. In so many belief systems, the physical and spiritual sides of life are seen as remaining separate. There are exceptions to this view, and that is what I would like to address. The combination of physical and spiritual on a consistent daily basis is acceptable by the majority of the population in movies or martial arts. In martial arts such as chi gong, students are taught to unite their spiritual beings with their physical bodies. In so doing, they perform impressive physical feats such as breaking bricks or boards with their bare hands.

This clear separation between physical and spiritual in your daily lives has robbed you of some of your natural abilities as well as a level of advancement as beings.

I believe that the spirit and the physical do mix and are in fact intertwined. A lot of the healings that are miraculous are derived from the intervention of spirit. In the book Miracles from Heaven by Christy Wilson Beam, seven miraculous healings are described that doctors could not explain. There are many Christian references to miraculous healing through prayer. However, before there is any intervention, there needs to be a request as well as an agreement with the soul, subconscious, and body. In other words, the person must be truly committed at all levels for the healing to occur.

For me, a simple but dramatic example of how the body can be controlled by spirit through belief was on Venice Beach in Los Angeles, California. An island man (I do not remember from which island) was performing for people who passed by. The performance consisted of him standing on a chair and jumping on broken glass with bare feet. I could hear glass breaking. He was only wearing shorts. He then proceeded to lie down on the broken glass and ask members of the audience to stand on his chest. I was partly hiding behind my friend as I expected to see cuts and blood. He did not have a scratch on him. Afterward, when people went away, the scientist in me had to ask how he did it and examine the glass (and him) in more detail. When I asked him how he could accomplish this miraculous feat, he said it came from the belief system of the island where he grew up. He said the people there believed that this could be accomplished by anyone. I asked him if he ever got cut. He said he was only cut once, the first time he did the performance, and he showed me a small scar on the edge of his heel. He elaborated on this with the story of how he got started in his job. He explained that on his island, he had a friend who performed this daily but could not do it one night, and so the friend asked him to perform instead. It was accepted where he came from that no harm would come if you did the performance. After that first performance and one small cut, he had no ill effects. He was a cheery guy who had no issues with his view of the physical world. I could see freshly broken glass from his recent jump and performance. He had indents in his back but no cuts.

The point of the story is that he truly believed, and always had, that he could overcome the physical reality of broken glass meeting human flesh. The result was that he could. In other words, there is more at play than the physical body as we have been trained to know it.

The popular concept of manifesting is another agreement with all that is. You start the manifesting process when you focus on a desire that you have and ask God to bring it into your reality.

• It is also important to take some action in the direction of your want, even if it is only thinking of it positively or researching it.

• Then be patient with occasional relaxed action.

• When you have your manifestation, be grateful.

All of us have wondered at some point or another whether there is a deeper meaning to our everyday activities. Some of us may have even searched on a subconscious level for the missing component in our daily lives. The good news is that incorporating a sense of spirit into every day can fill missing gaps, expand our lives, and provide us with confidence and clarity in all decisions. Lydia A. Mitchell, PhD, shares an approachable and useful guide to developing spiritual awareness that shifts our focus away from an everyday view, enables us to see the magic within and around us, and transform the ordinary into extraordinary. Through simple methods, practical guidance and tools, and real-life stories, Dr. Mitchell helps us combine the spiritual and physical realities of life and consistently connect with the spirit to create a life that flows easily. Spiritual Reality: Transforming the Ordinary into the Extraordinary shares guidance created to help all of us link with the internal spirit to increase joy, improve our outlook, and take control of our lives.

With her unique background and spiritual guidance, Lydia is focused on helping others to combine the spiritual and physical realities of life. Lydia’s scientific studies into the microscopic physical world give her a unique understanding of the subtle energies unseen by the human eye. After obtaining her doctorate in chemistry at Carnegie-Mellon University, Pittsburgh, Lydia worked in research in the education and corporate worlds. She carried out experiments based on electromagnetic principles to determine the structure of compounds on a molecular level. Giving consulting and training courses in Feng Shui shifted her focus to the spiritual arena. She consults for business and residential Feng Shui clients in the United States, Spain, Ireland, and South America. Lydia currently lives with her husband in the Patagonia region of Chile. She can be contacted through her website at https://www.LydiaAnneMitchell.com and her Feng Shui Web site at https://www.LydiaMitchell.com.