The Days When We were Younger 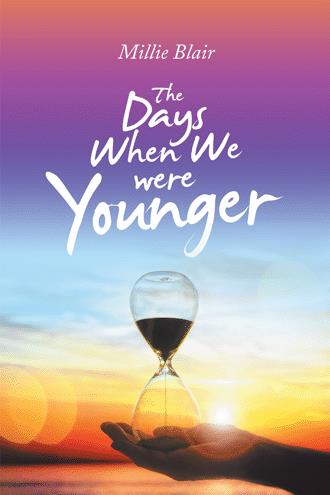 Dan stepped forward first and as they fully opened their eyes, a gigantic concrete dragon stood before them and started to speak in a booming deep voice” YOU ARE ALL TRAITORS ONLY THE TRUE ONE CAN COME AND SAVE OUR KINGDOM YOU HAVE CROSSED BOUNDARIES YOU ARE ALSO ALL LIARS NOW BE GONE” Tom and Alexis started to scream at the top of their lungs as a humungous dragon was now talking to them and that was by no means normal at all! Dan however, stepped forward and asked the dragon. “wait what… what if we can help.” “YOU CAN NOT HELP YOU ARE ALL TRAITORS AND LIARS ONLY THE TRUE ONE CAN SAVE US” “waiiit what do you mean true one?” The Dragon started to lean forward towards Dan. Alexis who was hiding behind Tom at this point started to give out a little whimper. “THE TRUE ONE IS THE ONE WHO FALLS IN LOVE WITH THE PERSON WHO FIRST SET FOOT IN THIS KINGDOM AND THAT IS NOT YOOOU!” “ I mean what I mean is who was the first person to come into here then?” “GOOO JUST GOOO BEFORE THE DOOR LOCKS.” The dragon was now breathing fire that came out of its eyes and this made Alexis sprint towards the door but couldn’t push it open. In that moment, Dan and Tom saw a man approaching and as this happened the dragons eyes closed up and it resumed its original position – now also quiet and stationary. The man, was not any old man, this man too was ginormous, maybe nine or ten feet tall , held a long gold baton in his right hand, with a sparkly shiny gold cape to match. He wore semicircular glasses, had a long grey grizzly beard- a bit like a gnome or elf and wore a red suit. As the man approached them Alexis started to hold on to Tom’s shoulder blades tight. “ Who are you?” He bellowed down to them. “Well this is Tom and Alexis and I’m Dan and we are here to try and save the kingdom and find the true one if you tell us how… we will help you” “ My name is King Isaiah, King of this Kingdom and a wizard. We have been trapped in here for years and years, in order to be the true one, the one who first stepped into our kingdom must fall in love with the one he or she most desires, and that person must love them in return, come back to the kingdom and set us free” Quivery shivers now started to run all the way through Dan’s body and he could sense that goose-bumps were starting to arise. With his hair right on edge and shivers still going through his body he realized that he was the one who stepped into the kingdom first, so he was the one who had to prove his love for someone and they had to love him in return. Unless there was someone else? He thought.“ King Isaiah, who was the first person to come in here?” Asked Dan. “ It was one of another but they failed to complete the task.” King Isaiah bent down towards Dan and continued with what he was previously stating and handed Dan an hourglass. “Before the hourglass grains stop, and are complete you must have fallen in love and in return that same person must love you, the hour- glass grains will change colour every day according to the colour’s of the rainbow, when a week ends the grains will be violet when the week commences the grains will turn red again. You have six months to complete the task starting from when you are out of here” “ONLY SIX MONTHS” shouted Tom. “ Yes! Keep it safe now.” Dan put the hour- glass into his trouser pocket and asked “ How do we get out of here?” “Now you must walk through Henson the Dragon, into the next part of the kingdom. Once through, you will see a door but believe me it’s a lot further away than you first anticipate… Good luck to you all.” Dan nodded to King Isaiah and with a click of his fingers he vanished and all that was left on the ground was dust. “ Come on lets go.” Said Dan scared. With Alexis still clenching his shoulder blades Tom whispered “ What if the dragon gets all angry at us … I mean surely there is another way out. “ You heard the man- we need to go through the dragon and further into the kingdom now come on lets go! With King Isaiah and the huge concrete dragon appearing from nowhere, how on earth were they all supposed to explain and tell this to all their friends when they got back to school, and who knows what could be appearing next; a giant perhaps, maybe a fairy or a goblin and with a merman suddenly appearing in the school shed was this all just maybe ordinary? It was literally the most peculiar thing how one minute we were in a spooky tunnel the next in a magic Kingdom with dragons and wizards. Thought Dan. A few minutes after King Isaiah had magically disappeared dust and sparkly glitter fell down from the sky, slowly and gracefully like it was snowing but with glitter and dust instead of actual snow. Everywhere they looked there was gold glitter and dust falling from the pink fluffy clouds and baby blue sky. Alexis even managed to catch some in her hands and some fell in Tom’s hair. Once the glitter had stopped falling down from the sky and was nicely settled on the ground, all three of them walked towards the dragon and as they were almost at what looked like the entrance that they had to walk through, its eyes opened up.

The book is called The Days When We were Younger and is about a man called Daniel Martin who falls into a dream and travels back in time to his school days. Dan, had two other best friends who made his school days perfect. However, all that went away when the three of them discover a magical kingdom underground. His two friends Tom and Alexis can still concentrate on every day life but Dan can not. Will Dan succeed or will he fail completing his task he is set out to achieve by the king of the kingdom, King Isaiah.Will he fight or will he loose everything.

My name is Millie Blair, I'm 24 years old and this is the first time writing a book. However, my book will appeal to lots of people mainly children aged 9-12 but it may be acceptable for younger teenagers to read. It is unique because it holds many fantasy elements that happen in a kingdom and outside the kingdom. I make the book relatable to life to engage the readers attention.