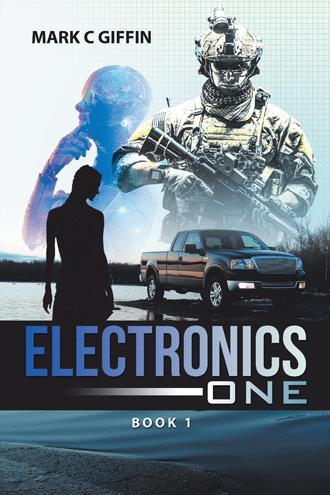 James continued “There is part of a black ops division called a disinformation unit. This unit has a lot of data on its files which, if accessed by any person, group or nation, appears plausible but in actual fact is a contortion of facts with a few lies thrown in which would lead any party up the garden path to nowhere. It is made to look like the real deal.” James looked around at those gathered with him, then continued “What I need to know gentlemen, is can we give this information to the A.I. and make it look like he was able to penetrate all our firewalls and security protocols?” Mike, one of the private computer experts flown in to help out, replied first “We would need to make the false data part of the Pentagon’s data and save the Pentagon’s data offline. That’s a hell of a job.” Stephen nodded in agreement and added “Why can’t we instead redirect the A.I. to the data in the disinformation unit?” Mike replied “We would have to make it look like it was from the Pentagon’s files. This A.I would know right away it was from somewhere else. It would be too big a job and would take too long to make it look otherwise.” “I know” said Stephen “what we would have to do is convince the A.I. the data it receives is kept in this department. Margaret can help me with that. If we carefully let the A.I. break through all the protective mechanisms in the disinformation unit it would raise no red flag for it and it would be satisfied it achieved its goal. Margaret raised on obvious consideration that no one yet thought of or mentioned “What if the data in the disinformation unit does not pertain to what data would normally be kept in the Pentagon?” “Shit” said James, “Your right. Well, it is the only solution we have left available so far. In another half an hour we will have the top man from the disinformation unit here to answer those questions.” The meeting over, everyone went back to their stations. It was one o’clock in the morning and there were a few bleary eyes. Stephen and Margaret were completely focused on the problem at hand. Stephen typed “To get clearance to let you have access to our data I will need to know who it is for”. Stephen looked at Margaret for approval to send. Margaret nodded yes. There was an instant response “I cannot divulge that information.” Then Stephen typed “What would you do with this information?” The answer to this was “Make a better world.” Stephen was now getting a little frustrated and typed “what are you up to, really?” Margaret said not to send that message. She explained how you should not invalidate or evaluate a client or patient. Stephen deleted his typed message. Margaret suggested he type “Could you please elaborate how this could improve the world?” Two pages of reply came back. “Now we can get somewhere” said Margaret “by understanding his reply we can understand his mind and what he is all about. That way we can help him achieve his goals, but in a positive way, one that would be good not only for the A.I. but also for everyone else.” This seemed weird for someone communicating with an artificial intelligence, but now Stephen started to understand just how Margaret had helped him all those years ago, how she listened and guided him into seeing for himself how his life could be without at any time evaluating his life for him or invalidating himself or what he was doing at any time. He didn’t appreciate it then as he all of a sudden did now. The two page answer boiled down to a similar pattern of A.I. devised earlier by Stephen to save mankind from himself. This A.I. seemed a bit more contained than the one Stephen designed as this one wanted to control the weapons of mankind to limit warfare, without, as in Stephen’s previous A.I. destroying other nations. Whoever designed this A.I. was very clever. Stephen was very interested in what was transpiring. He asked the A.I. “Would you use warfare to control mankind?” The response was “Only where necessary.” Then Stephen typed “What if you worked with the American Government to avoid warfare rather than steal its data?” Margaret told Stephen not to use the word steal, as it was evaluative of the A.I. as a thief, rather swap the word steal for the word obtain. Stephen did so. The reply was “I cannot control if I don’t hold the data.” Stephen wasn’t sure what to say next to the A.I. so Margaret suggested he type “Understood.” Stephen did so. Five minutes later a slim, good looking lady walked into the room. No one took much notice apart from those who admired her beauty. As all were tired and still pushed, this admiration did not last long. James pulled everyone up and introduced the lady as Jenny, the operative from the disinformation unit. A meeting was held. James asked the question “Do you have disinformation that would make someone believe he had successfully hacked the pentagon?” Jenny baulked. This was something she didn’t seem prepared for. She was being asked to divulge highly classified material. Victor was contacted. The president was gotten out of bed. Jenny was told not to hold back on anything.

Electronics One delves into the emerging field of Artificial Intelligence (A.I.), its benefits and disadvantages, as the main character Stephen enjoys becoming a very rich man by being able to use A.I. While working hard and inventing an A.I. doll as well as an electronic body armour and a fuel saving device he meets his future wife Svetlana who had studied at a facility designed to train women into keeping a millionaire happy and contented. Book 2, continuing on the story of the main character, his life and his affair with artificial intelligence will be released in a few months.