Princess in the Country

Musings of a city girl adjusting to country living 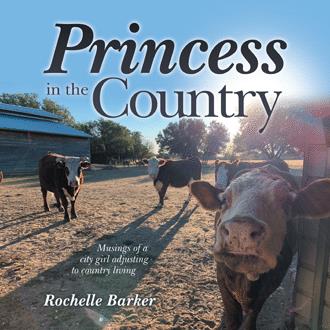 Bossy. To know her is to love her. And affectionately call her “Mouthy.” She’s not a First or even Second Wife. Scandal alert! She’s Eight’s daughter, so yes, Fritz is apparently okay with the age difference. But she is the absolute loudest and first one to complain when dinner is late. I started calling her 'Mouthy' when we first moved here, only to find that she's already been named 'Bossy.' No matter, as both names fit and neither stops her from speaker her mind. Truth be told, she’s also a very good momma and a willing babysitter for the daycare crowd. When it’s time to wean any of her calves, she spends a few days complaining at the corrals, blocking my path, and telling me off. A range cube or two tends to appease her momentarily, and before long she’s back to complaining about the food service, Her bull calves include Tex, Mistletoe and Pearl, and her heifers so far are Valentina and Andie. Valentina. Born on Valentine's Day, this little one quickly went from "Valentine" (gender neutral – I’m learning) to "Valentino" (thought we had a bull calf) to "Valentina" (nope, definitely a heifer). With a quiet start to 2019 and only one brother to keep her company for the first few months, she was quite the prim-and-proper little lady. With a mom like Bossy, that was a shock to us all. She had a beautiful light coat and gentle eyes, always curious about what was going on anywhere that she wasn’t. She waited for me at any gate that was bound to be opened, anxious to see if she could sneak past and continue exploring. Clover made an appearance on St. Patrick’s Day, following the example of his slightly-older sister. He had the not-so-lucky distinction of being Bling’s offspring, which meant he quickly leaned on Bossy as a surrogate momma to keep him with the herd when Bling wondered off for goodness-knows-what. Bossy had very little need to keep Valentina in line, which was a blessing. Clover was all boy, rambunctious and wandering like his momma. Bossy had her work cut out for her. When it came time to wean them in late 2019, the contrast between their personalities provided moments of lightness as the days got shorter. It was strange to only have the two to wean, but it was also a little blessing as 2019 was a heavy year. Returning to the ranch to enjoy their company was a nice, slow transition back to ranch chores. Of course, separating them from the herd wasn't the easiest. Instead of the usual "Follow the hay!" or "Find the lady with the bucket!" they decided they would rather enjoy their time in the pasture. I got to round 'em up modern-day style: whoopin' and hollerin' from the Gator. Clearly, I don't care what my neighbors think of my crazy antics.

Every animal has a story to tell and a personality to match. Come learn about our little herd of Fritz the German bull and his group of Sister Wives. The herds of deer can't be ignored either, especially when they pull on your shirttails begging for treats. Whether you know a thing or two about cattle or are just curious if girl cows have horns or how playful a 500 pound calf could be, then come meet our gang and discover your favorite baby moo.

Have you ever driven down a long stretch of country highway and looked out the window to see animals grazing in green pastures? Rochelle used to do that as her family drove around Texas for weekend trips from one city to another. And then she met and married a cowboy, which meant good-bye city life and hello country living. Now there's cattle outside her back door waiting for her to finish up her daytime desk job - or return home from teaching Zumba classes in the nearby town - so they can have an evening chat over snacks.