Lessons from the Breakfast Table

Keys to Success from A to Z 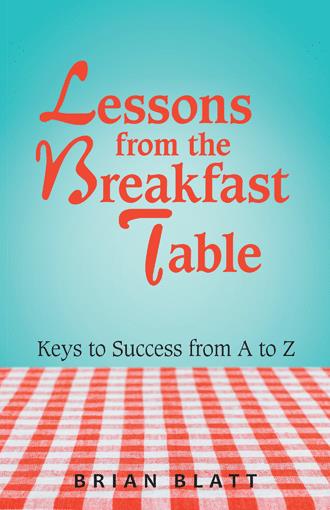 Chapter 2: B is for BELIEVE After a week of positive ATTITUDES and words of encouragement, Sunday morning came. The kids were excited to find out what word would come this week. At the breakfast table, Mom announced, “This week is the letter ‘B’ and ‘B’ is for BELIEFS. As important as ATTITUDE is to determine the outcome, BELIEFS are equally, if not more important. You see, it is through BELIEVING that you gain the strength to keep a positive ATTITUDE especially when things go wrong.” “At your core, you must BELIEVE that you can accomplish anything you set your mind to. Your BELIEF sets everything else in motion. If you BELIEVE something is not possible, it surely will not be. However, should you dare to BELIEVE it is possible, well then, you have opened a door of possibility,” explained Dad. “I BELIEVE I can fly!” shouted Declan. “Well, if you truly want to fly, you can get your pilot’s license when you are older,” replied Mom. “I BELIEVE we’re going to win our soccer tournament!” proclaimed Sophie. “Me too!” agreed Dad. Dad continued, “Let me tell you the story of Roger Bannister. He was the first person to break the four-minute mile. Before then, practically everyone thought this was an impossible feat. They did not BELIEVE it could be done. Can you guess who BELIEVED it was possible?” “Mr. Bannister?” Sophie inquired. “That’s right.” Dad acknowledged. “On May 6, 1954, he broke the four-minute barrier. With that single race, Roger proved that it was possible! The ancient games date back to 776 BC,” Dad continued. “That is 2,796 years ago,” noted Sophie. “Correct and until Roger ran the sub four-minute mile, people BELIEVED this was not possible. As a result, no human had ever achieved it. So, with little to no BELIEF from 776 BC to 1954…” “Hold on Dad,” interrupted Sophie. “How many years is that?” “Do you BELIEVE if you take your time and work it out on paper, you can figure that out?” encouraged Mom. “Yes!” exclaimed Sophie. After a minute, Sophie looked up and said, “2,730.” “Is she right?” Declan wondered. “That’s correct,” replied Mom. “In 2,730 years, not a single human had achieved this feat. Mr. Bannister certainly proved it was in fact possible for someone to break the four-minute mile. Do you know how many people have achieved that since then?” “Twenty!” shouted Declan. “More than that,” replied Dad. “Fifty?” guessed Sophie. “Keep going!” encouraged Dad. “One hundred?” asked Declan. “Nope. Keep going!” Dad chanted. “A Thousand?” Mom guessed. “More!” cheered Dad. “Just tell us!” pleaded Declan. “Over 1,500 people!” Dad exclaimed. Sophie questioned this, “You mean that in 2,730 years, not a single human ran a sub four-minute mile because people did not BELIEVE it was possible? In the next sixty-six years after that, people have understood and BELIEVED it to be possible? So therefore 1,500 people have now accomplished this goal?” “Incredible, huh!” smiled Dad. “That’s amazing!” Sophie realized in astonishment. “BELIEVING is very powerful,” acknowledged Mom. “You kids are living at a time when there are more possibilities than ever before. It is up to each of you to BELIEVE in yourselves and make the correct CHOICES to achieve your DREAMS”. While winking at Mom, Dad said, “I wonder what word will be next week?” Smiling back, Mom answered, “Great question. I hope we make a wise CHOICE.” Declan proclaimed, “Until then, I BELIEVE that those eggs are going to feel good in my belly!”

This book contains a concept for each letter of the alphabet that if applied can be the difference from an average life to one that is filled with joy and abundance. The book is filled with stories and real examples that illustrate the significance of each word.

The hope of this book is that it captivates the minds of children and inspires them to grow up to become the best version of theirselves.

Brian is a loving husband and father of two amazing children. Like most fathers, Brian wants nothing more than for his children to be instruments of God's love. He also wants to equip them with the tools needed to exceed in the challenging world. Brian believes that the more powerful we can show up in our own lives, the more we can help our community and friends in need. Brian was passed down the gift of story telling from his father. Cherishing the many stories Brian heard growing up, he wanted to have the same affect on his children and perhaps, one day, their children.