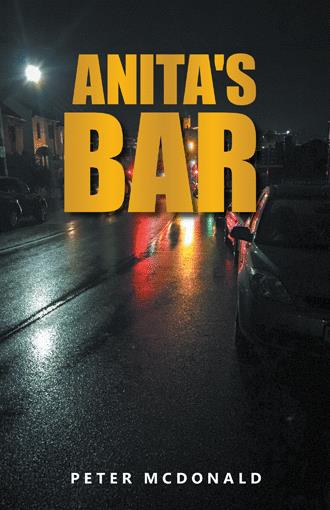 Nick Bolton returns to Hobart from London after his mother’s death. Feeling his life to be without direction, he meets the enigmatic Anita and starts working at Anita’s Bar. A tragedy occurs, and Nick finds himself at the centre of a tale of revenge and retribution where old friendships are tested and it becomes impossible not to take a stand. Must good people suffer in order to right a wrong? This is the question Nick is forced to grapple with as the mystery unfolds.

Peter McDonald was born in Melbourne, one of the lucky generation to have come of age in the late 1960s. He worked for many years as a social worker, community worker and academic in Tasmania and Western Australia before throwing it all in to help establish a food and music pub in Hobart. After seven years of exhilarating highs and stultifying lows, he sold up and has since revelled in a series of jobs including fruit and vegetable selling, festival organising, labouring on building sites, census collecting and part-time lecturing. Along the way he managed to wander the world, help raising two children and fill a bottom drawer with unfinished manuscripts. He currently lives in Hobart.