How to Do Life Without the Wife 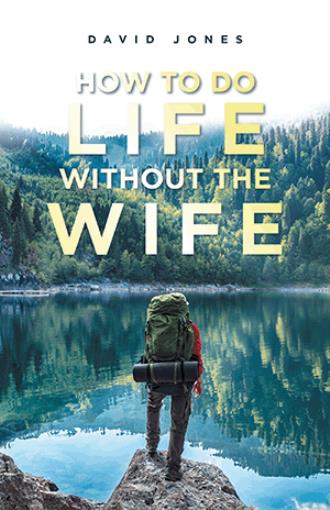 Let us talk about why we lose our friends, the ones you hung out with so many times with your wife and kids, went to birthday parties with, out to dinner on double dates, maybe even took family vacations to Disney with. There will not be an immediate pull back, however it will happen. There are a number of reasons this unfortunate truth can and most likely will happen. When a married person talks with a separated or divorced friend, that friend directly or indirectly learns the benefits and drawbacks of separation and could become more accustomed to or interested in the prospects. If someone’s significant other has been on the fence about the viability of their relationship, a divorce within their social circle can become a turning point. According to research, if you get divorced, there is a 147% greater chance of your friend’s marriage coming to an end. It has been shown that even a coworker’s divorce has the same effect, it increases the likelihood of divorce by 55% by those work acquaintances. Interestingly, those with children in the marriage will likely remain married with the same scenario, their friends can get divorced, yet it will not change the couple with the children’s bond. As the good looking, personable person you are, now that you are single you become a threat to other couples. You are appealing to the wife of an unhappy couple, or your married friend can become insecure with having your around his wife. Or the kiss of death which many comedies and movies put emphasis on in exaggerated manner is, if you start dating someone new you have that new relationship smell. You are holding hands, kissing, and saying loving things to each other. Your flirtation and looking into each other’s eyes with those smirks on your face can make your friends with their so-so or stagnant relationship want to puke. You will not be invited out as a couple again; you remind them they have a mediocre marriage, which unfortunately they are content with. To them, your energy is not contagious, it is demoralizing. Regardless of how the break-up or divorce played out, friends inevitably feel they have to pick a side. It can be awkward if you ask about your ex and they have to tell you, which is taking away from the privacy of your ex. If they have a party, do they invite you as well as invite your ex who is now dating someone? Are they obligated to tell you she is dating someone? It gets messy, therefore, it is easier for friends, especially a couple, to pull away from you. If you think back to when you were married, those who you hung out with on a regular basis, was there a single person who was always there with you? Most likely not, we tend to fall into our social groups, single with singles and couples with couples. You should make it easy on your couple friends if you care about them, you do not have to end it or walk away, but if they are gradually pulling away from you, then don’t fight the process. Remember, divorce has consequences.

After divorcing, separating from, or losing your spouse, you may find it hard to get back on track. David Jones knows because he’s gone through the same experience, having divorced his wife after eighteen years of marriage. In this book, he reveals the struggles of being single and how to start over, find a direction, and live life to the fullest. He also answers questions such as: • How can you make new friends? • How can you practice self-care? • How can diet and exercise help you move forward? • How do you get out of your comfort zone? The author emphasizes that future challenges won’t be as difficult as breaking up or losing your partner. The losses, setbacks, and failures of the past are all things to build upon. The goal of this book is for you to discover you—to live your story with a little help from the author’s own experiences.