trapped inside a religious cult, young Johnson found the courage to live just as himself 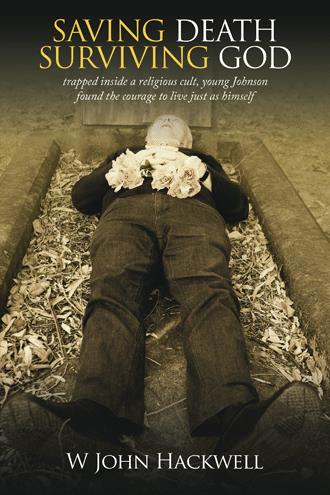 He was just married but still shoplifting, breaking and entering, pulling guns. He was evil, but wanted salvation. A charismatic neighbor, smelling this, fed him Hussite truths, and then bang!: he and his wife get baptized. Suddenly he’s a fanatic, drops his friends, dismisses all plans, and enrols to become a Seventh-day Hussite minister. He graduates as one of the chosen few who can go out to recruit souls. He pulls big crowds in Sydney. In Papua New Guinea the villagers tell him Hussite missionaries tricked them out of their mountain for a bag of shells. They want their mountain back. He gives it to them! The Church is furious—but backers in high places get him a scholarship to the USA. There he’s the Moses from Melbourne, the hot-shot evangelist from Down Under, swaggering across campus and perfecting his soul-winning stage show—until, on a dare, he discovers secret papers that show his religion is a sham. His mind is tumbling! He concludes his study and retreats to New Zealand. Soon Hussitism is defending itself against religious fraud. It closes ranks, whitewashes its history, purges hundreds of ministers. He becomes a target, is spied upon, lied about, goes from superstar to outcast. He moves sideways, undertakes a PhD in America, keeps his head down. But they hit him with a new ambush. This time he’s too weary to go on. And his wife wanted out. And so, at 43, he headed home to the Australian bush, no money, no prospects. But he’s a fighter: he sued them for the way they treated him, and he beat the bastards.

Award-winning author, artist, Antarctic expeditioner and documentary filmmaker, Dr W John Hackwell holds a BA Degree in Fine Arts from Pacific Union College, Anguin, California; an MA Degree in Archaeology from Andrews University, Michigan; and a PhD in Indigenous Studies from the University of America, Temecula, California. Now retired, John lives in Tamworth, Australia with Yvonne, his wife of 56 years. The Hackwells have three daughters, a son and six grandchildren.