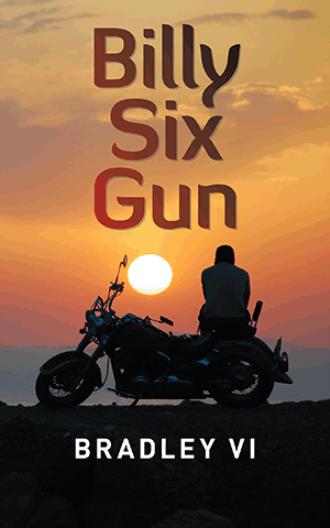 Billy Six Gun is a story of William Tunnicliff. William is a successful accountant who discovers he has terminal cancer. William finds himself on something he'd never expected. A motorcycle. Dropping his calculator and grabbing a throttle, he finds freedom on the road and in his soul. He meets up with new friends with no social agendas...but they're not exactly whom they appear to be on the surface. Join William and his new friends on the road into the timeless. Get ready to laugh, cry, and explore your own souls as you ride along with the group. Get ready for a twist!

Bradley Six is an avid all-year motorcycle rider with 30 years of motorcycle experience and founder of West Coast Throttle. He holds a bachelors degree with a dual major. He spends most of his free time the road, attending motorcycle events, and with his wife, children. Also, a very spoiled cat.