THE TERNARY DISTINCTION OF FILM MUSIC 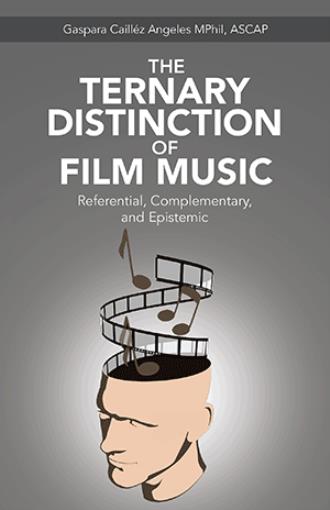 This study concerns music used in feature films – or what has become known in the cinematic and academic fields as film music – in which they have been historically conceptualized and organized according to various criteria. By 'film music', I mean manipulated musical sounds whose principal purpose is to assist the audio-visual tracks in moving the film's diegesis forward. At present, the literature surrounding film music is so rife with ambiguous or indeterminate categories that we can reasonably describe this profusion in terms of a deluge. By 'deluge', I mean a buildup of complex and variegated distinctions which has only led to more ambiguity, indistinction, and confusion. Many of these distinctions are synonymous or overlapping and hence lose all meaning when counterposed to each other. Several others are simply unclassifiable due to the ambiguous criteria according to which they have been classified. Wearing away our understanding of music's relation to film narrative, this influx of indeterminate categories flags a need for an alternative to the popular 'binary distinction' with which to catalogue film music. Thus, in my search for a sufficient, well-defined yet uncomplicated framework, I identified and thematized a third category of film music I call epistemic music. Although a small number of scholars recognize the existence of this music, it remains for the most part undertheorized – if not overlooked. In holding that epistemic music is key to containing the deluge, my other aim therefore, is to vigorously expose its innominate presence in sound cinema. As a result, the ternary distinction is formed – a triadic structure or schema whose criteria of classifying film music simply lies in the musicality and functionality of the cinematic sound in question. Such schema presents the view that referential, complementary, and epistemic music are the only three categories that are ultimately necessary for organizing film music. THE SCOURGE OF PROGRESS ON THE BINARY Aside from the ongoing analytical overdetermination of film sound, I argue that there remain three other factors that have crippled the binary's applicability to an irreversible state. They are also concomitant in that they are all causally related and work together under the aegis of progress. They are modern concepts or progressive thinking, rise of technology, and film and literature amalgamation. After examining the extent of the deluge, I noted four ambiguous criteria by which film music is being classified to this day: spatiality, diminished borderline, temporal relationship, and counter emotional tonality. As it stands, it is no longer possible to categorize music according to its onscreen and offscreen spatiality as if we were simply flicking an on/off switch. As pointed out, concepts surrounding sound and cinema technology have become too sophisticated for film music to be understood in just dichotomous terms. Consider the debates over the boundary between sound effects and music that has been going on for quite some time. Over time, this boundary has become increasingly vague and porous, leading to a diminished borderline, the result of which is that 'sound effects' are today frequently categorized as 'music'. There are also now categories that are classified according to the music's temporal relationship to the image. Influenced by narratology, they include sounds that appear earlier or later than the image called displaced diegetic (Bordwell & Thompson 1979: 246-249) such as oneiric hypnagogic or the state of drifting away from consciousness or sleeping and oneiric hypnapompic or the state of returning to reality or waking up (B. Carroll 2016: 69). Lastly, sound has also been ascribed a counter emotional tonality characteristic, whereby it can somewhat respond according to the mood of the scene. This means that sounds are now correspondingly classified, for example, as empathetic (because it is 'compassionate' to what the image presents) or anempathetic (because it is 'indifferent' to what the image presents). Unfortunately, writings on film theory are vague and have been disseminated without explicatory measures or conceptual basis. For instance, Gregory Curie argues that jargon is but an intellectual strategy which film theorists use "in so unsystematic a way that no clear meaning for it can be inferred from its use. This […] lack of clarity of much writing on film function [serves] to protect bad theory from the light of criticism […]" (1995: xviii). Ultimately, the frequent use of ambiguous criteria to accommodate every new and exciting idea on sound as well as every complex or roughly identified narrative style that arises has resulted in the deluge of categories with overlapping or ill-defined boundaries and meanings. As sound theorist Mladen Milicevic puts it: all these film theories that attempt to classify film sound into absolute and complicated categories talk about sound which parallels or counterpoints the images, sound that is synchronous or asynchronous in relation to the images, sound that is either realistic or unrealistic, or sound that is literal or nonliteral. In order to accomplish this impossible pursuit and get to the bottom of the meaning of film sound, all these theories needed several sub-categories which in return required their own sub-sub-categories, and so on ad infinitum. The reason why these film sound theories have difficulties lies in their attempt to get absolutely finite results beyond contingency […]. Unfortunately, in the end they become more about making classifications than they do about understanding cinema (2013: 3216). Given the incremental innovations in sound design, storytelling techniques, and digital technology, it is plain to see why the deluge came about, the speed at which it took off, and how it can only increase in size. And as we move forward in time, the classificatory system of film music may just turn completely nebulous one day and therefore, pointless. I posit that it is now possible to sort film music without destabilizing categorical logic. The rest of the chapters shows how.

The author addresses the problematic categorization of film music in terms of the reductive diegetic/nondiegetic binary distinction. Caillez Angeles reconstructs the binary to establish a new tripartite schema that subsumes ambiguous classifications of film music that remain sitting outside and within the binary regions. Following the law of parsimony, the schema proffers a new way to organize film music without destabilizing categorical logic.

Influenced by nineteenth century music critic Eduard Hanslick, the author creates music based on objective tonality. Her interest in film music as a function in a movie to serve cinematic needs and invoke objective assessments from the audio-viewer is therefore well-founded.