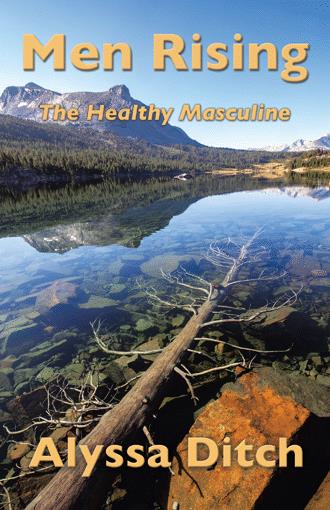 The Men One of the men is age eighty-two, another just eleven. The rest are in between their twenties and sixty-seven. Four divorced, four married and three of them are single. One divorced, remarried and doesn’t prefer to mingle. Two are gay, nine are straight and most still have their hair. Six are dads, one’s a grand and skin ranges from dark to fair. The differences between these men are of no concern. For each has much to teach and we a lot to learn. My favorite thing about these men and I imagine you’ll agree: Courageous souls, shining hearts and sweet humility. Eleven men in total. I love the number eleven. It is symbolic of Angels to me, of higher guidance at work. I have no doubt this endeavor was guided by something greater than me. A collaboration of many great entities at work. This project came about because I honored my intuition. I started noticing some men in my life posting things on social media that really resonated with me. I began to see how the vibration of the men around me was shifting. Men seemed to be more accountable, more humble, more impeccable. There were certain men in my life who just felt different to me…a little softer, a little more present, a little more connected, yet still strong and masculine. I knew that there was a reason I was noticing these things. I knew there was something I was meant to do with this information coming in. As I allowed myself permission to imagine how this could develop, I started to see myself interviewing men. That was a definite yes in my mind. What I would do with that information was beyond me. I thought maybe a video montage or a series or something. I knew that I didn’t need to know. The end result didn’t matter. I knew that I just needed to take one step in that direction. I didn’t need to have the full view or end goal in mind to walk my path. This felt right. It was in harmony with my purpose. I felt I was unveiling a new layer of me and my purpose. It felt really good. RAJESH So without further knowledge about anything, I trusted. I trusted that intuition so completely that I decided I’d reach out to a perfect stranger who I just had a good feeling about. Before making contact with him, I asked Spirit, please give me a sign that I should reach out this total stranger for an interview. I then decided I’d have a look at his Facebook page. He was a person who always liked my videos and posts. He would make comments that showed me he understood my messages. It seemed he resonated with what I was putting out there. He seemed to get it. He seemed to see me. Still the truth was that I had no idea who he was. We had never met, he lived in India. So I had a look at his page. No sooner did I have all the validation I needed to take a leap of faith and ask this perfect stranger to interview for a project that I wasn’t quite sure the outcome of. And there it was. One click and I had my validation. Across the background of his page read, “Nothing more stronger than a broken man rebuilding himself.” Well played, Spirit. Well played. So, in that moment I reached out to a total stranger. I introduced myself and told him a little bit about the idea I had. Then I took a deep breath and hit send. I felt an adrenaline rush in that moment. It felt like I was doing something big. My logical mind was doing all the things to try to stop me from doing it. What on Earth are you doing? You don’t know this guy. What if you’re willingly messaging a psycho? What if you interview him and it’s the worst experience of your life? How embarrassed would you feel? Stop this nonsense. You’re wasting your time. Nobody cares what you have to say anyway. I had to look at that part of myself, and I had to acknowledge it. So I took a second and listened. The pull in me to go for this was too strong. I wanted it. I wanted to help men and I had things to say. I acknowledged my fears, my logical mind and I simply agreed with it and moved on. Yes. I’m crazy. This is insane. I’m doing it.

What does it mean to be masculine? These eleven men thought they knew, following in the footsteps of their fathers, marching to society’s drumbeat of manhood: A man is strong. A man doesn’t cry. A man is the provider. A man does it alone… in the course of their lives, each of these very different men found this same rigid idea of manhood standing between them and their happiness. Standing between them and being a fully realized man. Standing between them and their relationships. Standing between them and their heart’s path. Instead of building them up and making them stronger, they found themselves chained and isolated by these standards of masculinity. In these soulful interviews conducted by intuitive healer and author Alyssa Ditch, these eleven men candidly share their ascent into becoming real men: from heartache to healing, failure to triumph. Join her, as she dives into the hearts of these eleven brave men to understand how these fully-realized men had cast away society’s limitations on ‘masculinity’, rising to become better men for themselves, their families, and their communities. Learn the tools and techniques that worked for each of them on their journey to self-discovery. Be inspired by the example they set for all men, as it makes us think anew… ‘What is healthy masculinity?’

Alyssa Ditch is an intuitive healer, dancer, mother, and author. Her writing sheds light on the Spiritual at work in our everyday lives. Her words inspire readers with positive energy towards their own personal transformations. Her other works are available at www.alyssaditch.com.