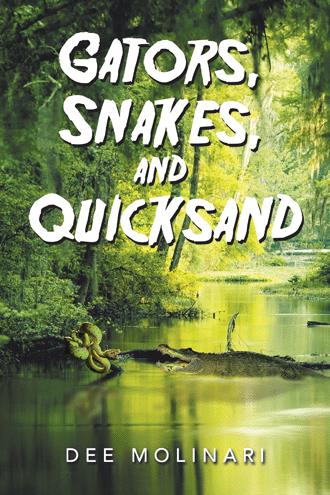 “That’s a good question. The swamp is a great place to hide. The Indians hid from the colonials in the swamps from North Carolina to Florida. Up north, where the swamps are big, there be maroons on islands with escaped slave communities. Maroons were small towns with simple homes deep in the swamp. The residents hunted food in the rivers and woods. Life was difficult, but they lived without slavery.” “That story sounds like the Lumbee and Cherokee Indians during colonial times. They hid in the swamps in North Carolina. No one liked to explore the swamps, and dogs can’t track in the water, so the Indians lived in peace,” I shared. Grandma continued. “In slavery times, our little swamp was large. It connected with other swamps. People who wanted to learn to read took classes in the swamp. Sometimes people threw parties and fell in love. It was a safe place. Field-workers escaped because the fields were boxed in by trees and bushes, so brave folks would pick their rows of cotton and then squat down in a bush and run off to the water. The slaves sang coded songs to tell each other about leaving. When it was safe to escape, some men would lead the slaves to the free states. The song, ‘Follow the Drinking Gourd,’ directed people where to go to reach freedom. My favorite hymn was also ne of Harriet Tubman’s favorites, ‘Swing Low Sweet Chariot.’ She sang the song to warn folks when it was safe or dangerous to enter the freedom road. Listen to the words. It talks about carrying slaves to freedom: “I looked over Jordan and what did I see, Comin’ for to carry me home! A band of angels comin’ after me, Comin’ for to carry me home!” Sometimes the songs tell a group of people they were preparing to leave the plantation. ‘The Gospel Train’s a’Comin’’ is such a song.” “My parents talk about the dangers of the swamp. How could people want to go in the swamp?” I asked. “The swamp was extremely dangerous. There were panthers, snakes, mosquitoes, and all sorts of bugs. Gators a’plenty and lots of deadly snakes roamed all over the swamp. Most people entering the swamp were never seen again. Just think what that says about how desperate the folks were to protect their families. They wanted to be like the white people. They tried to escape the whip, starvation, and being treated like wild animals. They saw the swamp as hope for a new life. People stole themselves from the slave owners so their families could grow together. “Ellie Mae, you tell her how we came to freedom and why we still live on this land.” Grandma closed her eyes and fell asleep. Ellie Mae pulled the big pot from the stove. I left a little basket with three oranges and two peaches near her door and we tiptoed out. Ellie Mae knew lots about the history of the swamp. She is a good friend who also knew about brothers. She tried to help me understand Bud. “Brothers think differently than sisters. You have to get inside a boy’s head, or you are just wasting your breath. Boys only think of themselves. They do not like correction, and they do not worry about the future. You have to make jobs sound fun, or you won’t make no progress. Take handwashing, for instance. Boys don’t see no purpose in washing their hands and faces. They will not do it if you tell them a million times to wash up ’fore dinner or if you talk about germs. Mom sometimes smacks my brothers on the back of the head if their hands is dirty.” We laughed at their behaviors. “I guess there is more than one kind of black.” Ellie Mae joked. “There is black skin, black moods, and dirty hands. Georgia has red, brown, and yellow dirt. I wonder if snow turns your hands white in the winter. Clean or dirty, brothers are a bother.” Ellie Mae was more intelligent than I am. She went to the brown-gray school across from the tan stone school in the city. She did her homework after school and finished her chores. Sometimes we studied together. I showed her what my little brother did to my hair. She was shocked! “Oh no! That will last for years!” Ellie Mae laughed and told me stories about her brothers. They sounded like a rowdy group. I thought they must have lots of fun together. I made a bracelet out of beads for her, and she made a dandelion crown for me. I loved Opal Ann and Ellie Mae. It was great having more than one best friend. Ellie Mae also helped me learn about being Georgian. She translated what people said so I could make definitions for my southern language book. She said, “The phrase, ‘Bless your heart,’ means two depending on the person’s facial expression. ‘Bless your heart’ can mean ‘I am sorry you are dumb.’ It can also be an affectionate expression of love.” Ellie Mae taught me that people fear what they do not know. “People need to know things before making decisions. Everyone has reasons for their actions.” We decided to learn everything we could so we did not feel afraid. Decisions lead to actions. That is why we need correct information to stay safe. Ellie Mae’s little brother, Russell, came down with polio. He didn’t go to the hospital. Mom banned me from their house, even from the stump. Opal Ann told me I could not visit her stump either because her family worried about catching polio from the neighbors, especially the white neighbors. My momma feared the virus also. Three families were fighting polio, and Mom was terrified we were next. There was no science to protect us. We didn’t know how people caught the virus, and there was no cure. No wonder everyone was afraid.

After her family with Native American roots moves to a segregated rural town in Georgia, ten-year-old Lena Hopkins wishes for a better life. She disagrees with her younger brother’s exploration of the forbidden swamp and deep ditches for treasure. She especially objects to his imitation of older boys’ cussing and rude behaviors. Lena, wants to be a scientist in a world that does not educate females and has little regard for the poor. The kids attend a tiny county school lacking sufficient teachers, books, and ambition. Lena struggles with asthma, segregation, history, and crime in a town whose residents refuse to accept diverse military families. Lena starts to believe that moving to Georgia was a mistake. Still, she is determined to save her new friends. The children cope with vandals, prejudiced town folk and a polio pandemic that leads to a chain of events changing their lives. In this juvenile novel, a military family moves to a rural Georgian town where the children seek friends, fight discrimination, and help others with kindness and respect.

Dee Molinari began writing for babysitting clients at age nine. She wrote for local newspapers and journals while she earned a master’s degree in community health nursing and a PhD in educational psychology and technology. She enjoys writing textbooks and research articles about children’s topics such as mental health, relationships, and disabilities. She loves living in the magnificent Northwest.