The Dream of AO 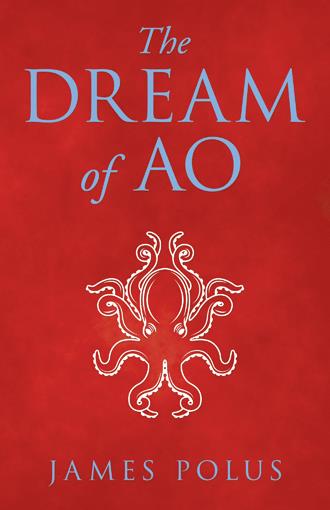 May I introduce myself? You may call me Akshay. I am of no importance to this famous story, recited by hundreds of itinerant storytellers for countless years. I am merely the first scribe, accepting the honorable duty to record for posterity the exact words of the story called “The Dream of AO”. As a distant descendant of AO, I can claim no exclusive insight other than the countless references to our ancestors passed down from generation to generation. Do not think it was simply a dream. The seeds of the story arose from the dream experienced by my ancestor, AO, but it was an elaborate morality tale, espousing the personal philosophy of AO. Of course, AO embellished his “dream” taking liberties, poetic license so to speak, to ensure resounding acceptance of his messages. Please, if you permit me, I will tell you about AO, the man with the strange name, and explain how his dream occurred. I must spare no details; my duty is to write every word I learned, as a humble storyteller. I am Akshay, the scribe, not the author. I mentioned his name as AO, although it is more correct to say “AO” only as his true name was unknown, even to himself. He was born into a small village bordering on a crescent peninsula of fertile rice fields on one side and the sea on the other. When he was a small child, some say two years old, a gigantic flood caused by a typhoon of historic proportions, engulfed his parents, leaving no trace. The typhoon was so devastating all the other people in the village perished. The child swept into a watery grave along with all the villagers somehow washed onto the shore, remarkably close to his last breath on this earth. No one knew anything about this boy, not even his name. Some survivors from a neighboring village swore they saw the boy lifted from the waters by a gigantic octopus. Priests who adopted the boy practiced a form of spiritual naturalism and lived a private life in cloistered monasteries. The priests named the boy “AO” which was a shortened version of octopus boy in their local dialect. The priests believed ocean creatures, above all the octopus, infused primordial spirits in certain humans. Although these people ate fish, they would never eat an octopus as they believed the legends fostered from one generation to another that human descended from them. The people in this region were spiritual, although not in a religious sense. They followed a code of ethical behavior blended with the belief one must be in harmony with the natural rhythms of their universe, meaning everything around them, both animate and inanimate. Even the winds and the clouds spoke to them. The priests taught AO about the soul within humans, the embodiment of their values and their fundamental character which expressed through one’s spirit. All people required harmony between mind and body for the soul to prosper. An ethical embrace of society underpinned relationships between people. Personal honor and courage were most admired if the person also showed humility and empathy for others.

An imaginary historical tale set in the historic civilizations of East Asia, “The Dream of AO” depicts the challenges of a moral and ethical life, the fight for equality and the human drive for purpose. The backdrop is the clash and convergence of four vastly different peoples, each claiming cultural superiority. It is also a romantic tale of the genuine love of three couples who bridge these cultural divides. At the heart of the story is an epic mental battle of survival between two leaders of warring peoples, one led by a woman of superior intelligence and insight versus her deadly opponent, a man of extreme cunning. The fictional events and characters convey classical themes of courage and treachery, love and hate and the power of redemption as well as deep motivations of revenge. This story of creative and fanciful imagination is the detailed recitation of a “dream” by a young man called “AO” who lived on the south-eastern edge of the Indian subcontinent. The “dream” was told through the words of professional storytellers, itinerant preachers and mystics with powerful memories and magical verbal skills. Audiences would sit quietly for hours, even days, absorbing every word of the tale. Epic stories memorized and recited for centuries in the oral tradition eventually appeared in writings. The narrator of this story, called Akshay, a distant descendant of AO, assumes the task to write the entire story in precise detail, faithfully reproducing into a written manuscript every word as spoken by trained storytellers for hundreds of years.

A new author from the seacoast of New Hampshire inspired by the majesty of the ocean and tales of the mysterious and wondrous octopus. Jim Polus graduated from Hobart College and Columbia University and is a retired executive from IBM. An ardent love of cycling on country roads fuels the author’s themes of human purpose and a reverence for nature. Jim’s genre focuses on the interplay of the human spirit and the conflicting challenges of honor and courage in the face of betrayal and treachery.