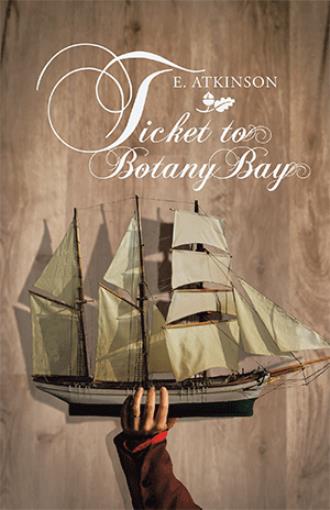 "Tis I who should be sorry, sir, I were takin' too long at me duties, but I wanted it done proper like," and she curtsied, very low, enabling the master of the house to have a good look at the top of her bubbies above the edge of her bodice. As she straightened, she widened her china-blue eyes, slowly running the tip of her tongue along her top lip. sir Stamford swallowed audibly. Jessie smiled and went back to tucking the bed sheet in, ensuring that her breasts wobbled gently as she bent over. He cleared his throat a couple of times and then croaked, "well, m’dear, I will just collect my walking stick, and then I'll be on my way," and with that, he scuttled to the corner of the room and retrieved the item in question. As Sir Stamford turned around, he found that Jessie was right behind him with the laundry basket perched on her right hip. "Is there anythin’ else I can help ya with, sir?" she inquired, pouting slightly. "Erm, no, that is to say, well, um, well, no." Sir Stamford looked flustered and glanced desperately at the door. Jessie's hearing was a lot more acute than her employer, and she could not hear any footsteps outside the door or on the stairs. She moved infinitesimally closer to him. Parting her lips, she said softly, “are ya sure, sir?" Sir Stamford looked like a petrified rabbit. "Ah, m’dear, I um, I have to go, Lady Stamford will, she is-“ “She be in the breakfast room, sir; I’d hear her on the stair if she come up.” If it was at all possible, Sir Stamford looked even more frantic. “I really don’t think, I mean-“ this last sentence ended on a squeak as Jessie stepped forward, placing her hand on his crotch. Yes, there it was, a definite stiffening, I’ve got ya now cully, she thought gleefully to herself. “Oh but sir, I'm lonely 'ere in this big ‘ouse, an' I ‘aven't had a strong man in such a long time. I’ve looked up to ya Sir Stamford, and I think ya might be lonely too.” She shamelessly fluttered her eyelashes and pressed her bosom to his chest. Sir Stamford opened his mouth to protest, but Jessie took advantage and covered it with her own, delicately flicking her tongue in and out. The member underneath her hand approved the additional attention and began to rise to the occasion. Jessie started to rub it gently with her spare hand. There was no knowing how this all would have ended if it hadn’t been for her keen hearing. Jessie heard the breakfast room door thrown open and the click of Lady Stamford’s Moroccan leather-heeled shoes upon the parquet floor of the hall. Quickly she drew back, managing to conjure up a wistful look, then picked the laundry basket from the floor where she had been dropped it. She placed her index finger on her lips as if to say how regretful she was that their tryst had come to such an abrupt end and whirled around to exit the room before his wife could begin ascending the stairs. Just in the nick of time, Jessie began descending the stairs as the lady of the house put her foot on the first step. Lady Stamford looked up in surprise and then frowned in disapproval as she saw the scullery maid making her way downstairs. “What in heaven’s name are you doing here?” she demanded. Jessie didn't stop as she passed her on the stairs saying over her shoulder, "Mary be unwell, so I've just cleaned ya room and made ya bed. Ma'am," she added as an afterthought before disappearing down the corridor towards the kitchen. Lady Stamford was left standing on the stairs open-mouthed. Unwelcome thoughts started to flit about in her brain. One of these coalesced into something quite unpleasant, and turning, she picked up her skirts and ran nimbly up the rest of the stairs. She burst into her bedroom, almost knocking her husband flat on his back as he had been reaching for the door handle. “Oh, my love, how you startled me!” he staggered back with his hand on his chest, red in the face and looking flustered. Lady Stamford took in his appearance and the fact that he avoided meeting her eye. She quickly looked towards the bed, no, all was in order, no sign of disturbance, then back at her husband, who by now was red and shiny as a fresh tomato. “Where are you going?” she snapped. “Ah, for a walk, my sweet.” His wife noticed that his wig was slightly askew and breathing rapidly. She stepped closer to him; he stepped back. She stepped towards him again; he retreated then stopped abruptly as the backs of his legs connected with the bed. Lady Stamford pushed her right index finger into his plump chest. “Why are you so red and out of breath?” she asked silkily. “I ah, I was taken by surprise by the ah, young maid, I was just changing my breeches, and she, um, came into the room, suddenly, um, so…..” he trailed off weakly. His wife stood, pressing him against the bed. She knew a big fat lie when she heard one; most likely, the wretched girl was in here making up the bed when her husband had come in surprising her and something had taken place. Her brain jettisoned the unsavoury thought before it could form adequately. She closed her eyes momentarily, praying for patience. "Need I remind you, my love, how the last unfortunate incident of this kind ended?" She arched her right eyebrow at him. He nodded dumbly, looking beaten now. “Well, we do not want a repeat of that, do we? Otherwise, dear heart, it will cost us a lot of money to keep paying for these girls and the upkeep of their spawn.” 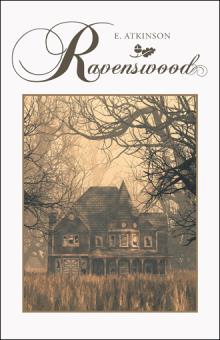 From the author of “Ravenswood” we follow Grace Beale who is falsely accused of a crime and is transported to Australia for a minimum of 12 years. During a harrowing journey to Botany Bay, where she is at the mercy of the prison guards, she arrives in the penal colony and is moved to the Female factory to begin her sentence. After a chance encounter with a man who has earned his ticket of leave, Grace starts a new chapter and together they build an empire. Set in rural England and Australia, Ticket to Botany Bay charts the lives and fortunes of those who grasp fate with both hands.