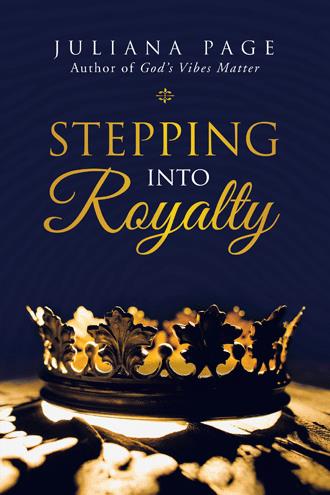 “You’ve got a lot to lose.” That phrase swirled through my mind and shook my soul. I was a few years into my faith-walk and eager to absorb everything I could learn about shifting my fear frequency to one of unwavering belief. I preach “God’s Vibes Matter,” after all. Here was my strategy: Replace TV with sermons; preach and pray out loud while walking around the house; immerse myself in equipping classes, conferences and small groups; and turn commutes into car university with biblically based content that would feed my spirit. Voilà! Why would I go through all of this effort to change what I was exposing myself to? In short, I sensed a change was upon me, and I was hungry! I had come a long way through the school of hard knocks and logic, and frankly, it hadn’t brought me to the spacious place and the promised place I knew God had for me. If asked, I would have told you that I was a believer and that I’m grateful for all God has brought me through and provided in my life. But none of that could overshadow my main vibe, which was most of the time aligned with an undercurrent of dissatisfaction with the present and restlessness about the future. I knew I was made for more, and I’d seen glimpses of what God had called me to, but I didn’t feel like I was living in it. My belief systems, logic, self-limiting sense of urgency, and subsequent restrictions I was accustomed to were keeping me locked in a holding pattern. These paradigms had become part of my identity via my family of origin, societal ideas, and the dysfunction I’d experienced; and they kept me conducting myself as someone who was no match for blessings and favor as her portion. It’s one thing to know your identity and authority in Christ and another thing entirely to operate in it. No matter how far from the mark I felt I was or how different my current reality felt from the one I’d perceived, I kept exposing myself to the Word of God and also to mentors and leaders who either were born into a legacy of faith or had come into a position of radical faith and belief; they were sold out to Christ. More than anything, I allowed their lives, ministries, careers, relationships, testimonies, and overall lifestyles to indicate what was available to me. I took what the Bible said as fact—that there is wisdom in a multitude of counselors—and I worked that word! I put aside where I came from and what I was told was possible for someone like me and started to use my imagination to create possibilities for my life rather than just solving problems and living in survival mode. It’s really challenging to tap into God’s creative power and grace when all you can think about and ruminate on is surviving and hustling to make things work. It’s nearly impossible to hear your instinct and impressions from the Holy Spirit when your inner life is so busy. That mode of operating really reveals a lack of trust and a desperate need to control outcomes in order to manage the anxiety that can come with uncertainty. It also robs you of the prosperity that only comes through effectively drawing on what is authentically in you. As I became increasingly annoyed with me and that mode of being, which I had learned and then reinforced, I began allowing myself to get out of the box and imagine a new way of thinking, being, and operating. Who am I as a great nation? Have you ever allowed yourself to imagine that? That’s a Selah, pause-and-think-about-it kind of question. 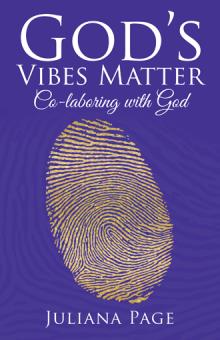 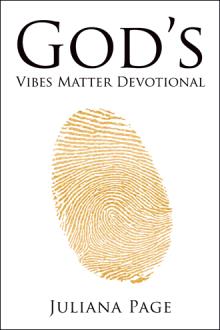 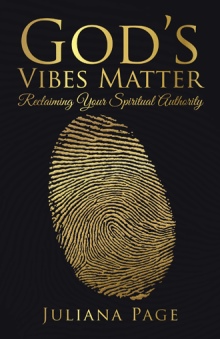 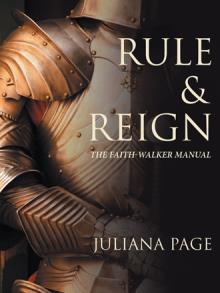 What God has planned for your future, you can’t accomplish on your own. Perhaps you know there’s something you should be doing, but you just can’t pinpoint it. You want to make a big impact with your life, but you struggle with questions like: • What did God have in mind when he created me? • Are there keys to unlock my destiny? • How do I build spirit-driven success? In Stepping into Royalty, author Juliana Page relies on careful exploration of scripture, using powerful stories to help you think differently about your calling and why it’s important to God. She tells how life offers more when destiny is your focus; stepping into royalty means stepping into the role you were created to play in life. Your divine purpose maneuvers you past challenges, pains, and shortcuts and even what appears to be failure. Whether you’re just starting out, starting over, or wondering if there is greater success than what you’ve already accomplished, now is the time to step into the frequency of faith. Stepping into Royalty empowers you to take a stand for who you are, what you carry, and the legacy you co-create. It helps you to wake up to new levels of fulfillment and fall in love with yourself and your life.

Juliana Page, an expert in the coaching, transformational work, leadership, and personal development fields, has worked in corporate, nonprofit, and network marketing industries. With a master’s in film production, a bachelor’s in journalism, and economics management, professional life coaching, and ministry certifications, Page is a self-mastery strategist for organizations, companies, entrepreneurs, and individuals. An author and entrepreneur, she offers practical wisdom and tools promoting sustainable health, spiritual well-being, and financial freedom.