The Illusion of a Journey to Find Your True Nature 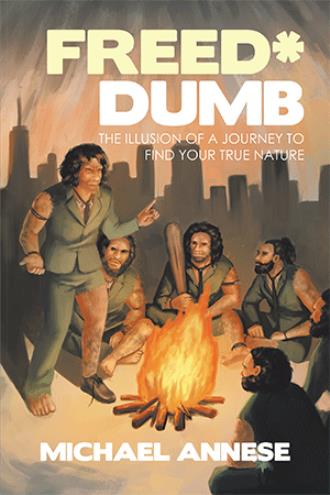 How many mental images have you had of yourself? Did you ever ask yourself if you needed one? Does your current self-perception serve you? Does it limit you? Do you need one to stay sane—or is it just programming? These are some of the questions that Michael Annese considers in Freed*Dumb. The book offers the same pill from The Matrix: A pill of truth that you should take if you want to end suffering. Drawing on lessons from his own suffering—and his decision to end it—the author shares lessons such as: • Suffering does not need to be your destiny. • You will free your mind once you decide you don’t need an identity. • Focus on how your helping fellow human beings—not your job. The author also explores the law of momentum, which includes each motion causing another motion. This is why it’s so important to think about each action you take. Ask the right questions, find answers, and stop suffering with the lessons and insights in Freed*Dumb.

Michael Annese grew up feeling as though he was never good enough. He did not fit in and was bullied at school. After years of therapy and medication, he realized the answers to his problems had to come from inside. It was at that moment that he surrendered to that which he had been running from and his real journey began.