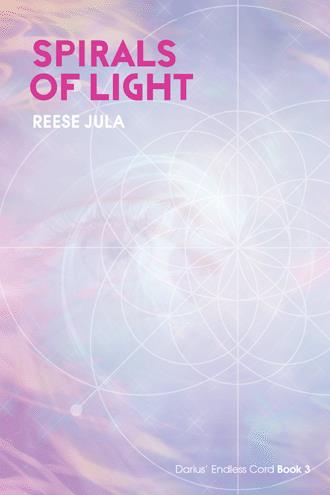 One thousand, eight hundred and twenty-four days. That is how long it had been since Julia had seen her twenty-month-old daughter. The very last image in her memory was of her precious Camille resting peacefully in her baby bed. The next morning, all that had remained were shattered fragments of broken glass and an empty crib. Camille had been ruthlessly kidnapped by her Sicilian father, Julia’s now-estranged former husband. It had been extremely difficult living with the consequences of her folly and ignorance. Marrying into the Italian mafia in her early twenties had certainly been a fundamental misstep. It remained a mistake she regretted each and every day. You reap what you sow, she’d told herself repeatedly. After Camille was taken, Julia had languished month after month and prayed diligently for her to be miraculously found. Through the years since the incident, Julia's life had been shrouded in a layer of regret. Her over-obsessive mind replayed that particular dawn of Camille’s disappearance over and over again, searching fruitlessly for a way she could have changed the outcome. Yet, she always circled back to the realization that it simply was what it was. Painful as it felt to acknowledge, Camille had probably vanished for good. As the years passed, hope of finding her daughter became less and less plausible, and Julia’s thoughts had often turned dark. I’ll probably never see her again. Chances are slim that she’ll ever be recovered after all this time. Camille is six now and will be seven in a few months. I wonder if she’s even still alive. Harsh self-judgment lingered, along with a nagging sadness. Though the after effects of that trauma lived deep inside Julia, the other parts of her life were steady. After moving from San Diego, to Santa Fe, New Mexico, Julia had sustained herself by launching another cleaning company. Recently, she’d sold the business to attend massage school and become a licensed therapist. Her new massage endeavor was a success. Not long after moving to Santa Fe, Julia and Cameron, her beloved friend and lover, began dating again. They called it “round two,” and both felt it gave them a chance to rekindle the beauty of their first love. They were a couple, but loosely this time. Cameron had been transparent from the onset about his aversion to acting out the role of a step-parent. His relationship with his own father had tainted his view. He adamantly refused to be a dad for Tristan. Even though Tristan’s Soul-essence had floated above the love-birds back when Julia was sixteen, Cameron insisted that he wouldn’t budge on his “no fatherhood” rule. So, that was that. Julia understood that it was an experiment to discover if they could maintain a loving relationship and live apart. Julia was still a practicing born-again Christian, who consciously chose to break the “no sex before matrimony rule” with Cameron, because she knew full well that they would never wed. Living on the edge of sin made their sex fierier, Julia felt. She appreciated his sweet love, despite his refusal to parent Tristan. After all the crap I’ve been through, she often thought, I deserve some pleasure and companionship. Cameron knows me—he’s a safe and good person. Tristan was eleven years old, thriving in school and content living alone with his mom, which uplifted Julia’s nurturing heart and concurrently veiled the underground emotions of despair over the loss of her precious daughter.  As for Darius, Julia-the-human’s Soul-guide, almost twelve years had passed since he’d tracked her unique light signature. Nevertheless, early on he had managed, with the assistance of other guides, to send Julia several essential messages of courage through the quantum field into her consciousness. In his desperate search for Jewels, he had also chosen to break some inherent directives that were given by the honored elders of the Council of Light during his instruction period. Darius remembered the rigorous training he had, eons before. It was drilled into each student that while assuming the role of Guide to a new baby Soul, one must be steadfast and only concentrate on one’s own charge. It was understood that an initiated Guide should never interfere in the affairs of another’s Soul. He had been true to his agreements— until his beloved Jewels had disappeared without a trace. Darius knew he had risked losing his position when he snuck into the Soul of Julia-the-human’s lover, Cameron, in order to gather vital information for his quest to find Jewels. It had helped, yet practically speaking … Julia was still missing. Darius yearned to find his dear Jewels again. 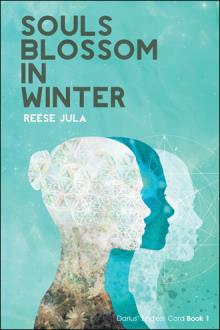 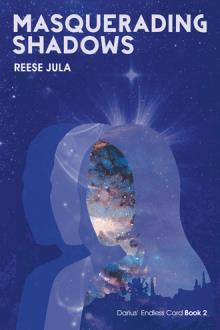 The roller coaster saga continues in SPIRALS OF LIGHT as Julia McNeil discovers a way to recover from her past and defy the immense odds stacked against her. Teetering on the brink of insanity, a marriage binding her to the mafia, a kidnapping, and two divorces have pushed Julia to the edge of her life. Our heroine’s journey carries us forward as Julia faces her worst fears and celebrates her greatest triumphs. Nothing will stop her soul’s guide, Darius, or his fervor to search for his one and only protégé. He has propelled himself forward with the anticipation of locating Jewels and restoring their common directive. Perhaps, Julia will “save” herself and remember to follow the spiral of light. The luminosity that has always been there…leading the way home to her awakened Self.

The vision for the trilogy, Darius’ Endless Cord, came streaming through during six weeks of daily meditations in Auroville, India. Reese Jula has been a healer most of her life. Her healing modalities have taken many forms, from therapeutic touch to energetic karmic clearings. From 2003 to 2013, she led a nonprofit organization, Sustainable Global Leadership Alliance, dedicated to teaching young adults new paradigm thinking and sustainability practices. A loving mother, grandmother of five, wife, and multi-dimensional Soul, Reese lives in the high desert of New Mexico. Spirals of Light is the 3rd and final book in the series “Darius’ Endless Cord.”