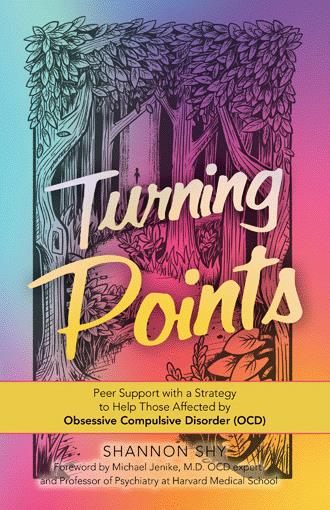 I published my first book about my successful battle against OCD in 2009, a few months before the twelfth anniversary of my diagnosis, which was October 1997. By the time of my diagnosis, OCD had pretty much side-lined me, put me out of the game, as it were. I was on the verge of becoming non-functioning, a non-participant in everyday life. At the time, I was thirty-four years old, a U.S. Marine Corps Major on active duty serving at Camp Lejeune, North Carolina. I had a wife of eight years and two young sons, ages five and one. OCD, the evil tyrant master, or “beast” as I often refer to it, was far advanced in its objective to ruin my life. I labored as OCD’s compliant victim; that is, its subservient and obedient slave. I suffered for many years not knowing what was wrong with me, but progressively recognizing and then knowing . . . definitely . . . something was wrong with me. Before my diagnosis, I suffered primarily from intrusive thoughts and compulsions connected to a fear of harming others (people and pets), feeling responsible for the safety of others (again, both people and pets), and a fear of wavering from a strict moral code of always doing the “right” thing, which I also thought of as a fear of committing some moral or legal infraction that might damage my reputation and, as a result, disappoint those who knew me (except the pets, of course, but maybe in some sense, them too). Everything was a trigger. I had no refuge and no safe harbor from the thoughts, the anxiety, the fear, and this compelling need to do something to gain certainty or help solve or fix the problem to quell the fear and grant me the much desired immediate relief from the anxiety and the awful, painful associated physical symptoms. Simply put, OCD was omnipresent -- taunting me, torturing me, and crushing me in its ever-constricting vice-like grip. OCD had me trapped in its “hell pit,” as I not-so-fondly and quite accurately refer to it. I lived in a smothering world of seemingly endless loops of intrusive, disgusting, confusing, horrifying, and deplorable (this list of adjectives could go on) thoughts, emotions, and frustrating, embarrassing, and all-consuming behaviors. The burdens of the world—especially if it involved the safety of children—became mine. I was on the edge of a total life collapse. I no longer wanted to leave my house (not an option when your military employer lawfully deems it a crime not to show up to work), and I no longer wanted human interaction. In fact, over a two-year period before my diagnosis, I secretly and daily entertained the idea that suicide would be better than the embarrassment, anguish, and pain I was experiencing. The thought of ending it all seemed like the only way to relief. Nobody but me knew of those dark thoughts that lurked in my mind, not even my wife. My God, I am glad I was wrong. Fortunately, thank goodness, something in me deemed life too precious to end it all. The truth is I suspected for many years prior to 1997 that I had OCD. I did not know much about the disorder except what I had learned in a couple of classes in school. However, what little I did know about OCD gave me some hint that my thoughts and behaviors might be a fit. Thinking back, I remember experiencing some OCD symptoms as early as the mid-1980s, when I was in college. The symptoms seemed to grow in frequency and intensity through law school and my first Marine Corps tour in Okinawa, Japan. Yet, it was not until my first son was born in 1992 in California during my second Marine Corps tour that the symptoms really began to dominate my life. The next five years of my life were as if I had been snared in a giant spider web with the wicked, sneaky spider slowly and methodically spinning me into a mummified state. Yet, as bad as it got, I failed to admit to anyone the possibility that I might have a mental disorder and I certainly did not want to officially be diagnosed with one. Thoughts such as “Oh the shame; the horror, the catastrophe!” swirled in my head. I believed I had too much to lose. I had an outstanding reputation as a Marine officer and lawyer. Moreover, I had always been a social person and an athlete, and I was considered a leader throughout my academic years and well into my young career as a Marine. Most importantly, I had a family to support.

OCD has the power to destroy lives like a hurricane filled with tornadoes. While OCD turns households and relationships upside down and affects all involved, only the sufferer understands what the intense personal emotional, mental, and physical pain feels like. It is through this lens of personal experience, of living in the hell pit and then determining how to crawl out, that Shannon Shy offers his personal insight. In a comprehensive guide that provides peer support and a proven strategy for recovering from OCD, Shy relies on both his personal experiences and credentials as a certified peer recovery specialist to teach OCD sufferers how to summon the power and strength within to transform their perspective and get to a place where OCD does not adversely affect their lives. Through the included principles, exercises, practical tools, and real-life stories from those who have made significant strides in their own OCD recovery journey, Shy provides a roadmap of hope that shares valuable information about the growing discipline of peer support, insight into how to build a recovery foundation, his strategy to overcome OCD, motivation, encouragement, and tips for sufferers to self-motivate. Turning Points shares principles, tools, and insight from an OCD survivor to help sufferers of OCD choose recovery over fear and get better.

Shannon Shy is a retired United States Marine who is presently a civilian attorney with the Department of the Navy. A certified peer recovery specialist, he has written three books on overcoming OCD and provided peer support to hundreds of sufferers globally since 2016. Shannon served on the Board of Directors for the International OCD Foundation from 2011 to 2018, when he resigned to go serve in Afghanistan as a civilian advisor. He and his wife, Debbie, have three children and two grandchildren, and live in Dale City, Virginia.