My Wake Up Fall 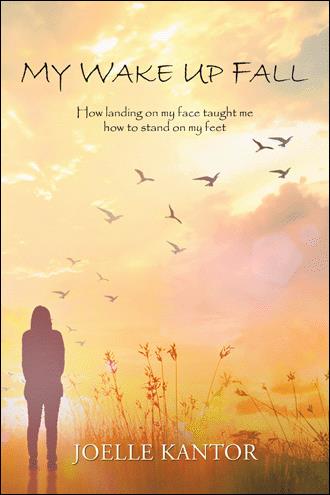 After a jogging mishap, at the age of 45, Joelle Kantor sustained her fourth traumatic brain injury. That fourth TBI sent her spiraling down a very dark tunnel of agony, depression and deep desperation. For three long years, she fought for her life, exploring every healing protocol she could find... to no avail. She came to realize that brain injuries take time to heal, no matter what treatments are implemented. Joelle’s journey through the depths of hell forced her to go deep within herself to find the strength and courage she needed to survive her tragedy and transform her life.

Joelle Kantor has spent her life in the magical pacific northwest. She is a nature enthusiast, wife and mother of three children and two fur-babies. Joelle has spent her professional life doing what she is most passionate about- caring for children, in various capacities. She has been a preschool teacher, nanny and franchise owner of a sports and movement program called “Playball.” As an almost empty nest-er, Joelle enjoys exploring her own creativity through writing inspirational books for children and adults alike.