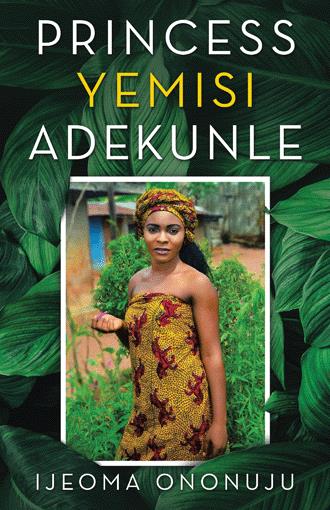 Princess Yemisi Adekunle is not a real person. The story in this book, though filled with realistic assumptions, however, it didn’t happen. It was designed to make the reader laugh because life imitates art. You can identify with some of the scenes. Though the names and the landmarks may seem and sound familiar, however, it is just a fictional story based on “What ifs.” What if there is a kingdom in the remote State of Nigeria, where evils parade at any given moment, a leader emerged to letter differently, honesty, dedication, and made real sacrifices for the sake of love, the land he loved dearly. What if, as a human being, makes all the mistakes that due to him, but still emerges as a symbol to be reckoned with, a symbol of hope, which his people can count on at a moment’s notice. What if there is a princess somewhere in Nigeria, pretty as she can be, however, is human. A mother of five boys with the responsibility of a whole kingdom to care for. The brink of love that pushes her to make the utmost mistake of her life, shooting herself on her two feet. Then emerged a consular, in the hands of a boyfriend, who understands and is willing to allow time to detect an end. What if there exists a harmony whereby there is not single finger-pointing among three highly educated and sophisticated women whose intention is to please the man they love very much at all cost. Yes, there was bitterness, but the bitterness didn’t reach the bone to lame it. It was always managed in order to achieve the ultimate goal, “Peace.” This book saw you as the actor, acting out your real feelings. Most scenes will make you laugh, cry, and teach you a lesson to be learned. You can identify with Iyabo, who in the means of a very difficult situation, volunteers to be the shoulder of the family where everyone can count on. You have, yourself, been carrying the load of the whole family whether you like it or not.

Ijeoma Ononuju was born in Nigeria, from the Igbo tribe. He was raised there. He attended several primary schools because his guardian, his elder brother, Martin, was relocating quite often because of his job. Martin was single, extremely handsome, and extremely intelligent. So, his company, British American Insurance Co. Nigerian Ltd, found him an easy asset to the top jobs. His secondary school education was stable. He went to Ife Grammar school and Obube High School. He repeated high school. High school was not all a struggle for him. He made quite impressive grades during the course of his schooling in secondary school, but when it came to the general examination, WAEC, he had a disappointing result. When he came to university, he found what was the problem. He schooled all his children to be aware of this pitfall, and he is glad they have avoided such a costly mistake. His first son is an associate professor at North Arizona State University, Prof. Ijeoma Ononuju. He came to America forty years ago, on January 29th, 1980. First, he attended New College of Calfornia for one semester and then moved on to San Francisco State University, where he got his bachelor's degree in Business Administration. He took his master's in business at Golden Gate University. He found a love in entrepreneurship, and he has been self-employed since then. Simultaneously, he engages in day trading stocks and several monetary instruments. It freed his time to concentrate on his passion, "Writing." He has developed two super cleaning detergents which he named "Forgive and Mr. Shoe." Both products occupy his weekends. He goes to the Flea Markets to sell them. Ijeoma is now a proud citizen of the United States of America. He is a married man with seven children, Ijeoma, Ogochukwu, Adaihu, Chiwendu, Nkemjika, Chinyere, and his last born, Chioma. His wife, Regina, is the glue of the family. Family is very important to him. Though he may not show my feelings as often as he should, owing to his difficult upbringing, growing up as a child, however, his love is invested in all his children, and more importantly, in his wife, Regina. His love people, especially young people, and several of them call him daddy. He remembered when he used to be in their shoes, and he can't help his heart going for them. He has been helped by strangers he does not know growing up as a kid, which prompted him to assert that, "On our way to that beautiful city, up there in the mountain, we got a lot of help." Simply put, there is no such thing as a self-made person. He also owes my gratitude to Batha Johnson. She said to him, "Just call me Mom." Mrs, Florence Enebunwa, "I am one of your big sisters..." Bola Oseni, "Children don't owe their parents anything..." George White, " Gene, you can be trusted..." Ken and Emeka Nwadike, and his surrogate dad, Chief Nathaniel Nwafor, "You're my son, of course..." He also values greatly his nephew/son, Ahamefula, for constantly persuading him to write a book and tell his story.