The Art Of Living On Purpose 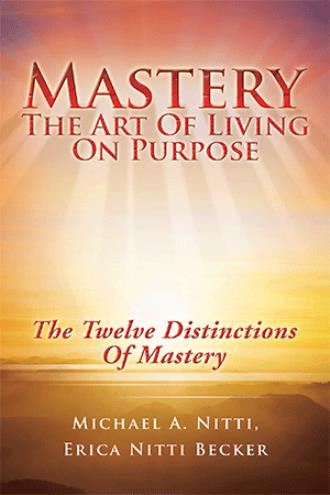 As a culture, we are forever being bombarded with strategies for how to live our best lives, and even though most of us have bought more books or attended more courses than we care to admit, we are often left feeling that there is even more we need to learn before we are finally set up to win. Given how conditioned we are to be on the lookout for what’s next, we tend to believe that for us to be truly happy, it’s likely going to require more than we already have within us: more degrees, more money, a better relationship, a better body, or whatever else we believe we don’t already have. Then, and only then, after we finally do achieve more and become better, we will finally have enough confidence, feel successful, know that we matter, and gosh darn it, people will truly like us. And yet, since it’s the belief that we need to become more that tends to cause us to hold back in the first place, and since this belief is tied directly to our inherent fear that we’re not good enough, the only reason we keep having these thoughts is because our reactionary minds never stop doing what they were designed to do. So, no matter how often we feel like we’re not enough, it’s simply because our minds are doing their jobs. Still, even though it’s our nature to feel this way, the reason we tend to do so as often as we do is because who we believe we are supposed to be and who society wants us to be are in direct conflict with each other. It’s a belief linked to our “if everyone else is doing it, it must be the right way” mentality, and it’s the very reason why the road to “more, better, and I matter” is, by far, the most well-traveled road of all. Since all the reasons we tend to remain glued to the path we are on are tied to our past, our purpose in writing this book is to both acquaint you with the road less traveled and to shine a light on each-and-every detour worth taking in support of creating the life of your dreams. In other words, allowing you to embrace everything you’re about to learn as the missing pieces to a puzzle that you may not even know you’ve been waiting to solve—yet most likely have been, or you wouldn’t be here. However, given that you are here, and even if you’ve come to know any of this by other means, now is the time to put everything you already know on the shelf. This is the surest way to allow what you are about to discover to make its way beyond that part of you that feels it already knows, so to be open to what it will serve you to know at an entirely new level of knowing! Even so, nothing is included here solely for the purpose of making you smarter (you are already smart). Instead, it will allow you to experience it in a way that will allow you to put it into practice as quickly as you can—even as your mind is imploring you not to. It’s our intention that each of the following teachings speak directly to that part of you—your subconscious, intuitive self—that is fully aware of the fact that everything you need is already within you and has been waiting for you to set it free. In other words, it’s pretty much a done deal once you step into your power and refuse to listen to your mind whenever it’s questioning your intention. Still, given that the human mind’s primary job is to steer us clear of trouble—which it does by questioning just about everything we do—our little voice tends to be stuck in an ongoing tug-of-war with itself, which is why we so often feel like a leaf in the wind, always wondering whether we’re heading in the right direction. However, this feeling is totally normal given that this is the same little voice that is forever pulling us in opposite directions—always at odds with itself—simultaneously imploring us to do whatever we must do in order to play it safe while wondering why we’re not playing full-out in pursuit of our dreams. Hence, the all-important questions: Which voice knows best—and which one should we listen to? And even though neither voice really knows best, because one of them is a lot more likely to drown out the other—unless you intervene on your own behalf—listening to the right voice is precisely what you’ll be learning to do over the next twelve chapters. And if you happen to discover that you’ve become more as a result, consider it a bonus.

Mastery, by father and daughter duo Michael A. Nitti and Erica Nitti Becker, offers a road map for those committed to living in full alignment with their true calling. By becoming aware of what’s preventing you from showing up this way, you’ll realize it’s within your power to live your life on purpose. Michael and Erica inspire you to step beyond your fears and limiting beliefs to make your dreams come true. The self-improvement book presents a collection of more than 200 insights that speak directly to the part of you that’s been waiting to be set free. The 12 Distinctions of Mastery teaches you how to: • live with certainty and courage; • show up as a force for good; • never settle for less than you deserve; • forgive and move on; and • live from a perspective of gratitude and abundance. Michael and Erica, whose knowledge spans more than two generations of personal development and with more than forty-five years of coaching experience between them, help you discover what’s possible when you step beyond your mind and take full ownership of who you were born to be.