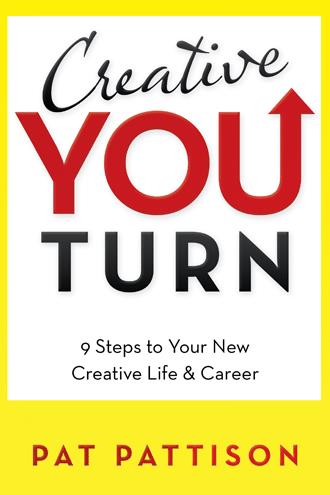 Chapter 1: Defining & Launching Your Creative Dream “Every child is an artist. The problem is how to stay an artist once we grow up.” – Pablo Picasso I’m racing through L.A. traffic to get to the set of Mystery ER, a TV show that airs on the Discovery Channel. I’ve been called to play the role of a doctor, so on the passenger seat beside me sits a wardrobe bag with a lab coat and stethoscope. The casting director told me he really liked what I had done with the part in the audition and looked forward to working with me, and when I asked about the script, the producers had said not to worry, I would be improvising dialogue based on guidance from the director and the other actors in the scene. Sure, piece of cake. There was only one concern crowding my mind as I weaved through Hollywood: I had been acting all of about three months. I had absolutely no idea what I was doing! I had my acting “epiphany” playing Simon Cowell on stage in a skit at a trade convention. I knew I’d found something that gave me goosebumps. But what to do with it? Surely taking up acting at fifty-five wasn’t practical. There are so many people doing it better, who have been at it longer and have all the time in the world to devote to it. To top things off, I lived in Los Angeles, the struggling actor capital of the world. Where was my place and did I really have the energy for this? Did Hollywood really need another aspiring actor? I threw caution to the wind, went to classes and learned how to submit myself for roles. At that point in my life, my overall goal had been a simple bucket list item of eventually getting to be on one national TV show with a line, or even to be an extra before I turned sixty. Well, here I was, five years ahead of schedule with a substantial part on a cable TV show on a major network. I was scared to death. Like the dog that chases the car and finally catches it, I was asking, “How do I drive this thing!” Fortunately, my friend Jenny is a TV actor and I was able to call her on my drive. “What do I do when I get to the set? What happens when my scene begins? What if I blow my lines? Should I tell them this is my first time?” Jenny patiently guided me through the protocol of “action” and “cut”, listening to the director only and NOT telling them, under any circumstances, that I was a TV virgin. The set was huge and was the dedicated hospital set that the well-known TV show House was shot on. My scenes didn’t come up for five hours after getting there, so I had nearly the entire day to worry about them. Finally, I was called to the set and was told what my scene was and who I would be working with. We shot scenes for about two hours and something kicked in that allowed me to relax and enjoy the process, be in the moment and improv with my fellow “veterans”. If they only knew! With this TV appearance, my career experiments had begun in full force and have continued ever since. I had taken specific steps to get to this pivotal moment of a Creative YOU Turn, and now I want to pass along those steps to you.

Everyone is born with creativity, but why doesn’t everyone use it to live a life that’s more fulfilling and purposeful? CREATIVE YOU TURN is the one book that readers can turn to for the guidance and encouragement they require to live their creative dreams! Based on his own creative journey, TV host and career reinvention coach Pat Pattison offers an inspirational and transformative blueprint for millions of Americans to unleash their hidden passions and gifts, and to live happier and more joyful lives. His proven strategies motivate readers to unlock their passions and to explore what they truly want to do with the rest of their lives, and then to take actions to make their creative dreams a reality – all while staying financially practical. Included in the book are many easy-to-follow exercises and worksheets toward self-revitalization; advice and takeaways from additional experts in the field; the author’s own “9 Steps” for creative living; as well as anecdotes and case studies of notables and other Creative YOU Turners from a wide range of fields. Having recently made his own Creative YOU Turn, Pat’s proven and unique method encourages, inspires, and entertains while not shying from the practical realities and challenges that creative self-reinvention entails.

PAT PATTISON is the TV host of the nationally-syndicated travel show “The Best of California with Pat Pattison” and a Hudson Institute-certified creative career coach. On the heels of a successful career as an executive at Disney, Pat reinvented himself at 55 by becoming a television host, a commercial actor, and a senior print model. His passion now is to help others successfully remake their own lives to fulfill their creative dreams or simply start a new path. In addition to running career reinvention workshops and doing one-on-one coaching, he appears on numerous TV news outlets and is a regular contributor on PBS’s NextAvenue.org and on Forbes.com on issues of creativity, aging and career reinvention.