Book Three in the Manchester Series 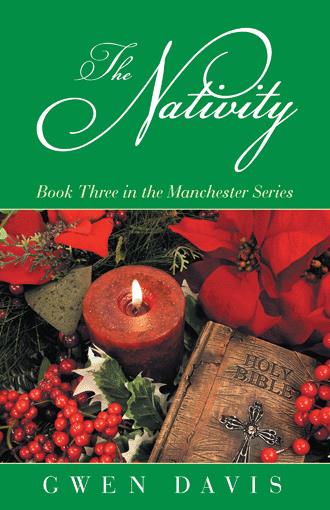 He stirred and listened for the rooster to begin crowing at the morning sun. Why is it that he always awoke before the crowing of that mean old bird? Maybe it was competition... who would wake up who? Anyway, what did it matter. It was a new day. And Father John always welcomed a new day. After a trip to the outhouse which was fine nine months out of the year but a cruel reality of his humanity during the harsh winters in the mountains, he returned to his two-room log cabin where he pumped water into a kettle and lit a fire in his wood stove. While the water heated, he read his morning prayers from his well-worn Breviary. Even though he was so isolated, reading the Divine Office made him feel close to God and connected to his fellow priests throughout the world. He washed up and shaved using an old chipped basin and pitcher which he filled with the newly warmed water. He carried the pitcher to the smaller room where he placed it on a low dresser which was water marked and scarred. An old framed mirror stood over the dresser. It no longer reflected the brightness before it, but that was fine with Father John. He, too, was old and no longer echoed the brightness of his youth. The only other furniture in that room were his single bed and his night stand. The kerosene lantern was his only source of light on long, dark winter nights, and he carried it from his bed to the kitchen table and back to his bed at night. It was November but the air was unseasonably warm. He walked across his small yard to the Church. It was a welcoming building, though simple in its syle and furnishings. The clapboard siding had been painted white at one time. The door was carved from fine wood, obviously reclaimed from a former life in a much larger church. The pews inside were merely benches. There were no kneelers like the ones found in churches of much wealthier means. The altar, too, was a hand-me-down from yet another refurbished church. It was small but constructed from sturdy oak. If you looked closely, the legs appeared to be carved with angels' harps and wings. The relics in the altar stone were of an unknown saint, likely a martyr from the early days of Christianity. The altar linens were shabby but clean. The Tabernacle had lost its luster countless years ago, but the sanctuary lamp burned brightly and reminded those within this little house of worship of the real presence of Our Lord. There was a crucifix on the wall above the altar... a simple cross with a carved image of Jesus dying for our sins. There were no stained-glass windows, but what caught your eye when you first walked into this holy place were two kneeling angels on either side of the altar. The paint was chipping off badly and there were a few nicks and cracks, yet still they were here praying for those who had come to share in the table of the Lord. Father John began preparing for daily Mass. On Sundays a few folks worked their way down the mountain to attend the service, but on a weekday, there was no one but Father John and his dog, Junior, who participated in Mass. Well, Junior did participate, in his own way. Junior had been Father John's companion for fourteen years. He was a mix of lots of breeds... all BIG breeds. And he loved to go to Church. He would stay to the side of the altar in the sanctuary and curl up into a gigantic ball. But at the consecration, he'd come to life and sit up attentively and watch his friend say those precious words: "This is my Body." "This is my Blood." Father John sensed another presence in the Church this morning. He looked up and saw a man about twenty years younger than his 74 years. The man was amiable in appearance. Maybe six inches shorter than his own six-foot frame. But the man outweighed him easily by seventy pounds. He had dark hair, graying at the temples. His black eyes were highlighted by bushy eyebrows and an even bushier mustache. Father John had seen him before. Today the man was alone. Sometimes he brought his wife, a woman with the kindest eyes, built identically to her husband, plump and sweet, yet appearing strong and quite able. At Communion, Father John looked up and realized the man was gone. Though he had seen him several times before at Mass, the man had always disappeared before Father John could speak with him. Today the man looked sad. Perhaps his wife was ill? Something was certainly troubling him. Father John would take the stranger's burdens into his own prayers for today. 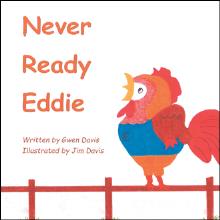 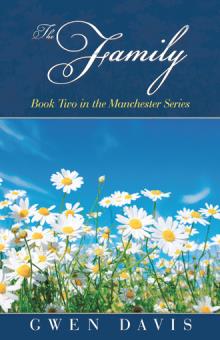 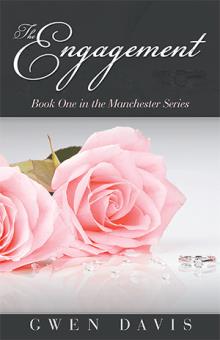 This story takes place in the little town of Colombo in the mountain region somewhere in West Virginia. It is a poor and primative area, but one where God’s love is very much at work giving hope to those who have drifted away or are just passing through. Though you’d never find it on a map, it’s a place you might just stumble across as you search for answers.

Gwen has always loved books, both reading them and writing them. She has worked as a librarian and as a story teller. She and her husband retired from the University of Delaware. They live in Maryland near their two children and six grandchildren. The Nativity is her third book in the Manchester Series. Her children’s book, Never Ready Eddie (a book about love and patience) was illustrated by her husband, Jim.