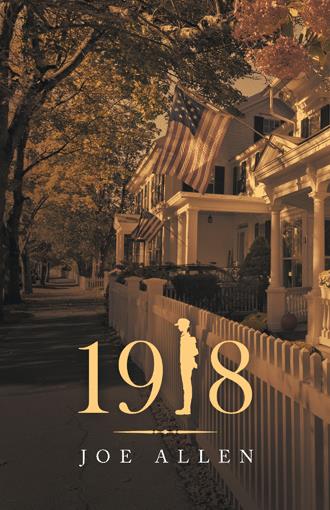 It all started in spring, 1918, two weeks before my birthday. I was excited to be finally turning 18. It would have been nice to enjoy a birthday without the threat of going to war, but that would have to be later, as it turned out. School was nearing an end, and most of us were not terribly excited by anything our teachers were saying any more. Not that we hated school, it just seemed like the end of it brought about a sort of melancholy: we wanted to move on with our lives, yet we hated the idea of being separated. My classes were not terribly boring, either. My teachers were very nice, caring people. Some of them seemed passionate and smart, although a few of them just seemed to be waiting out the end as many students were. I just did not see why we needed to finish out the year. No, I could not see a purpose to it. In only three weeks, I would miss that time quite a bit. Word of the treaty in the war in Europe was getting a lot of attention in the daily newspapers. Seems the Russians were the only thing on the minds of reporters at the time. They totally missed the other evils that would follow. Unfortunately, we would not miss them here. I was just going about my daily routines, walking to school and taking the scenic route home with my friends when everything started to change. It would all change. Forever. “Jeremy, get your arm off of me!” shouted Clarisse. I was shocked to hear the two lovebirds fighting. But, as all things seem to come to an end, I suppose this was inevitable. “Why, what did I do?” was the response. Clarisse just glared at him until he just about shriveled up into his overcoat. It was unseasonably warm that day, but he still had his coat on, and took full advantage of the high collar just then. It was clear that this was the end of the happy couple. Some thought they would get married, but I did not have that opinion. It was just about the only thing I knew was coming. They always seemed to be bickering, and arguing about one thing or another. Their parents did not like each other, from what I could tell, so I did not think it would last forever. Clarisse confided in me that she noticed him looking at other girls, so Jeremy’s trying to pretend he wasn’t doing that was pointless. When he put his arm around her, it became a real flashpoint, and she just lost it. She had had enough of that and was ready to move on. He followed along behind us, sulking, at a very slow pace. There were maybe six of us in that group, like always: me, the former couple, Jimmy Granite, Alan, and his younger sister, Eunice. Eunice and Clarisse walked together, speaking in hushed tones, like they were sharing some kind of secret, and walking just ahead of everyone now, when an old, beat-up buggy clip-clopped up to the edge of the road and the driver, stopping us cold yelled over to us. “Jimmy, come quick! It’s your dad! Something’s...happened” The hesitation was for only a second or two, as we all looked at Jimmy Granite, wondering what he would say about this. He was always making excuses about his dad. Usually, it was to explain why his work was not done in school, that his father did something to it, or made him not complete it. He would tell us his Dad had trouble sleeping, which seemed to be his explanation for just about everything his father did. It seemed like another opportunity to use that excuse again. But he simply looked at us, with a confused expression, taking in our confused-looking faces before he took off toward the buggy. Little did I realize at the time, we would never see Jimmy Granite again.

The story is about an 18-year old boy who has to come to grips with his new reality amidst a pandemic. The Spanish Influenza is terrorizing the country, while 18-year old boys are getting drafted to serve in the army during the First World War. It is a most challenging and difficult time in our nation’s, and the world’s history.

A first-time author, this is Allen’s attempt at bringing a small history lesson to a modern audience. He is a history teacher, specializing in American history. He believes the stories of history are the most enjoyable way to connect us to people who came before us. It helps us understand what they must have gone through and the sacrifices they made. Our history helps to define who we are today.