Raped in the Military and Abandoned 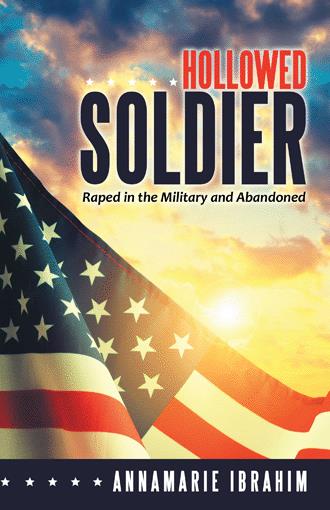 Making myself comfortable to examine all the documents, I sit on the floor of my office and press my back up against the wall. Through the thin fabric of my shirt, I feel the spackle's uneven texture spread heavily on the sheetrock. Like a hawk, I carefully scan each document. The first document to catch my eye is another DD214. It looks very similar to the one I received with my separation, but this one has additional discharge codes. No one should ever have two DD214's. Something's wrong, very wrong. The average person didn't have a personal computer in 1977. Google wasn't a household word like it is today. Even when I did have my first computer, I'd have never thought to pull out my discharge papers. Even if I had a computer, it couldn't explain why my original DD214 has different codes that the one I just found in their files. I pulled myself up off the floor to sit in front of my computer, type in the letters for the new codes I've discovered. It's incredible how fast Google pulls up the information to identify the code SPN: HMB. The codes on this second document state I received a discharge because I have a “Character of Behavior Disorder.” I'm stunned. I haven't a clue what “disorder” I supposedly had before enlisting in the Air Force. I'm confused and appalled at this reference because I had no indication of a “Character of Behavior Disorder” for the previous 19 years. I had no disorder when I was promoted a few months before the rape. It worked; I'm angry. No, I'm beyond angry. I'm furious. Both DD214 forms state I received an honorable discharge. I didn't receive a general discharge, medical discharge, or dishonorable discharge. Mine was honorable, and I've received many VA loans on our homes because of this. The floor above me is creaking; it must be Aidar walking around in the kitchen. While ripping open another manila envelope containing more documents, I yelled to him at the top of my lungs. “Aidar, Aidar, come here. I’m so pissed.” My hands are shaking uncontrollably. I can hear the panicked tone in his voice as he comes running down the stairs shouting, “What’s wrong? What’s wrong?” Shaking the newly discovered DD214 in the air, I shout, “Look at this. They claim I had a Character of Behavior Disorder. How can they say that? They don't want to admit that it was on the base when raped.” My hands are trembling as I take out another document. “Look at this one too. Look! Look! Here's another document that goes on further to claim I've had the disorder since birth. How can they lie and say I had a disorder since birth? What disorder? This is absurd. If I had a disorder, why did they accept me into the service in the first place? How was I able to get through high school without any issues? How was I able to go to college without any problems? How can I never have had an incident at any previous time in my life if I had a disorder? How is it I never spoke to a psychologist or counselor before in my life, not even a school counselor? Up until the point I was raped, I had never seen a psychologist or psychiatrist EVER! A DISORDER? What the heck!” Sliding off of the chair to sink back into the floor and the mound of documents, I crawl over to the metal file cabinet and lean my back up against the cold steel. My knees are pressed tightly against my chest and Aidar is close by my side. With his hand resting firmly on my knee, together, we examine each document. I'm so grateful he's here with me; he's the solid rock I need to stay grounded. Every page and report takes me down a painfully long road to a living hell I thought I'd escaped. My emotions are different than expected. I'm sad as well as angry, and I have an equal amount of disgust. I'm beyond angry to discover someone has intentionally inserted the word “possible” in the margins outside the word “rape;” I'm outraged. The emergency room physician has documented rape, but the word “possible” now sits in the margins with two squiggle lines beneath it to draw attention. Arrows from the word “possible” are drawn over to the word “rape” to identify where it should be inserted. “Oh, my God! Honey, look at this.” I hand the papers over to Aidar saying, “Whoever wrote the word “possible” in the margins after the report was complete, didn't even attempt to copy the writing style of the doctor who originally wrote the report. Look, they didn't even use the same ink pen.” The well-documented medical records indicating my hospital stay and treatment for rape, contradict any attempt the military has made to alter the facts. I arrived at the emergency room, where they admitted me into the hospital for three days; it's documented here in the report. Within the medical record, there are many notations of the bruises and lacerations on my wrists and ankles. The medical reports document the treatment I received for a rape, any additional words or comments written after the fact in the margin can't erase the facts of record. Overshadowing the attempt to hide evidence of my rape is a document stating, “A further study by the Office of Special Investigation (OSI) is warranted.” All of this has lit a fire in me. I'm angry in a good way. 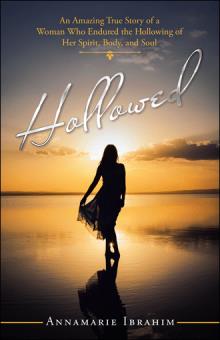 Hollowed is a brave, searingly honest memoir that gives a face and a voice to an all-too-real, all-too-common, and often, all-too-silenced trauma. It is a powerful story of hurt, healing, and, ultimately, hope. The hollowing begins at the tender age of 19 when she enlists in the United States Air Force. Her time in the military will bring disbelief, outrage, and agony as you read about her experiences, which have shaken her core beliefs and distorted her views of trust and fairness. With each turning of the page, you'll learn of the significant steps taken to discredit and conceal the tragic rape and wrongful discharge. Travel along to uncover the strength necessary to confront the giant bureaucracy of the VA. This inspirational memoir is filled with reflections for insights to grow and adapt to all the challenges life has to dish out. For an additional journey on a ride that leaves her physically and soulfully hollow, you'll want to read the book, "Hollowed" – An Amazing True Story of a Woman Who Endured the Hollowing of Her Spirit, Body, and Soul.

Annamarie Ibrahim is a dedicated wife, mother and friend who is more physically hollow than most pumpkins on Halloween. As a successful internationally known keynote inspirational speaker and trainer, she found herself in need of her own teachings. While enduring unimaginable hardships and being forced to take on the US Military and VA, she has had to make incomprehensible decisions. She maintains her humility, humor and extreme playfulness while sharing an extraordinary message. As the founder of Sparkfire Seminars, Annamarie lights a fire in the heart of her audiences while sharing the tips and tools to tackle their own controversies in life. She takes great pride in the knowledge that readers of her first book, “Hollowed” An Amazing True Story About a Woman Who Endured the Hollowing of Her Spirit, Body and Soul, and her blog enjoy the humorous and insightful manner in which they laugh and learn to live life with greater appreciation and joy; she hopes that her second book will do the same. Annamarie enjoys celebrating life with her husband and dog in their home in the Sierra Foothills of California. She is truly a breath of fresh air and a force of nature!