Ego of the Warrior 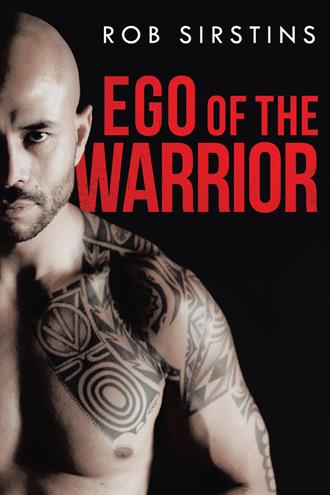 I had thwarted off any chance of believing in who I was and having the self-awareness of what I was most deserving. I became enthralled with a story and a program laid before me as soon as I could conceptualize my surroundings. I unwillingly chose to believe I wasn't good enough. That black would never be as good as white, and because of this belief, my limitations were outstanding.

From rejection and utter self-hate to empowerment with self-love and unbelievable confidence. This is the story of a man’s journey that almost killed him, to that of sharing his story with thousands around the world.

Rob Sirstins was born in Phoenix, Arizona to a teenage mother with addictions that prevented her from caring for him and his sister. A loving family in Utah adopted him and gave him care and stability his mother couldn’t. Even as his life was changed forever by joining this new family, Rob couldn’t help but realize that he was different.

Rob didn’t look the same as his peers in school and that led to his being bullied and physically assaulted. Searching for a safe haven, Rob found his outlet in playing sports. He excelled and competed well, but this was only a distraction from the larger issues of pain and anger, which he didn’t fully understand. When he was signed to play football with a Division One university, he believed this was the life change he’d been looking for. Unfortunately, just two years into this opportunity an accident ended his football career. Once again, life taught Rob that disappointment and pain were always just around the corner.

Soon, Rob met and married a wonderful woman, but his unresolved trauma and its associated rage and anger followed him into his marriage. After just four years, his marriage ended. Despite this, Rob and his ex-wife chose to maintain a positive relationship to continue to parent their beautiful daughter. Rob’s daughter is a joy to him, and he sees her nearly every day.

In the years following his divorce, Rob fell into a deeper and darker depression as loss and pain became an ever-present companion. In the span of 30 days, he lost a dear friend to suicide, lost his job, his home, his dog, and had his heart broken by his first serious partner following his divorce. He had to try to piece his life back together. He accepted jobs below his experience and education, but this made him feel like he was stuck in limbo and couldn’t see a way out. As years passed, the darkness and anger inside grew. He continued to struggle in his career and personal relationships. He felt he’d lost everything.

As his life experiences pushed him deeper into despair, his sense of hopelessness and pain brought him to a crossroads: he could continue to sick to the point of destruction or make the decision to heal. The realization that the pain in his life wasn’t inevitable but may be creating opportunity for him to grow. He made the decision to heal and let go of the past. He worked to move away from trauma and failure and that allowed him to see his experiences as vital life lessons. Life’s struggles gave him empathy and the understanding that the greatest obstacle to happiness is often oneself. Rob believes it’s up to each of us to change the narrative we’ve created and start on our path to reach our potential. We can achieve all we need in life if we’re willing to put in the work.