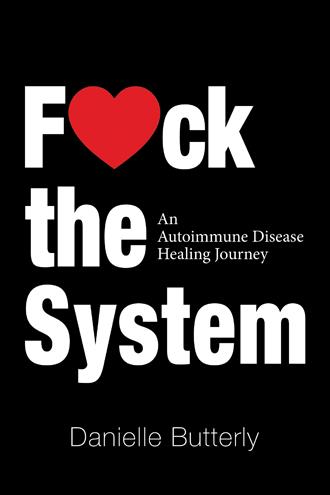 As my journey inward continued, I just craved more and more meditation. I started to look forward to my meditations after school. My meditations were no longer a chore that I was forcing myself to do. It was like I was looking forward to one of my favorite TV shows. “Ooo! Ooo! What will I learn today!?” I thought every day before meditating. I started getting up earlier and earlier just so that I could meditate longer. On top of my morning meditations, I was now spending almost an hour meditating in the evenings after teaching English. I would either sit or lie down and consciously focus on slowing down my breathing. Sometimes I would use guided Youtube meditations or listen to relaxing music. I was so intrigued with the inner caverns of my mind, the memories that would arise, the colors and bright lights that I had begun to see. My mind had started to show me different colors of the rainbow when I closed my eyes in swirly, northern-light-looking configurations. There was a white light that would flash behind my closed eyes whenever I seemed to really allow myself to relax. I began to face every insecurity and flaw that my mind had created in myself. I thought about how I had always hated my nose and spent hours as a little kid physically pushing down the bump on my nose into my face. My mind now couldn’t believe how self-conscious I was about that silly physical appearance. I discovered in myself that I had been jealous of my friends my entire life, because they always had “nicer” things than me. They had designer jeans, new cars, and expensive purses—things that I couldn’t afford and, because of that, didn’t feel worthy of. I was realizing that I had always had this very overconfident personality, but this confidence was actually masking my true self-doubt and fear of what others thought of me. I cared so much about others’ perception of me my whole life, and throughout my meditations, I realized that this was part of what was making me sick. I needed to stop being so hard on myself if I wanted my body to heal. I learned of something called binaural beats, which are frequencies going into each ear at alternating times, that shift your brain into an altered frequency. From my science classes in college, I knew that there were five different brain states that were currently being studied in neuroscience. These states are represented by frequencies and are measured in hertz, or cycles per second, and correspond to each, unique state of consciousness. They are vibrations at which the brain is operating, being measured in cycles. Beta brain waves correspond to your waking consciousness and reasoning state, which I am using right now to type this. Alpha waves correspond to deep relaxation, like when you’re slipping into a lovely daydream. Theta waves occur with sleep, and being withdrawn from our external world, when the brain is focused on signals from within. Delta waves are slow, experienced in deep sleep, and are important to deep healing. They are the realm of your unconscious mind, and are the gateway to the collective conscious. Finally, Gamma waves are the fastest, and can only be reached through high states of meditation. There isn’t that much research into Gamma waves just yet. While using binaural beats, the frequencies from the music can vibrate your brain to mimic these different states of consciousness. I felt like I had hacked the meditation system! I felt like I didn’t even have to do that much work concentrating my mind, and it was already in another mind state. I began sleeping and meditating with these on, addicted to playing around with my states of consciousness, trying to recognize when I was in each one. I started to dream, a lot. Every night I was having some sort of vivid dream. I was flying through my childhood house as a baby one night to breathing under water with talking conch shells as eggs hatched all around me the next. I started to write them down but gave up on that because there were just too many every single night. I started to look forward to my sleep like I had been looking forward to my meditations. Not in a depressed, “I can’t wait to be in bed” kind of way, but more like a “what will my subconscious mind try to show me tonight?” kind of way. I felt like my dreams had shifted from not meaning anything to having all sort of symbols and different signs. I saw geometric figures, spirals, and heard voices talking to me. These dreams started to feel more like “downloads” rather than just dreams. I became relentless with my meditations. I studied more and more about the mind-body connection, I meditated more and more, and my understanding of the mind-body connection grew in a way that no amount of reading could do for me. It became experiential. I started to truly believe I could heal my body. I started to think I was living out a plan for myself. Maybe I was supposed to have this disease so I could learn things about the world that I needed to. Maybe I would write a book about my healing. Maybe I had to in order to heal myself. It was in the midst of all of these thoughts, the election happening, Brady and me ending, and the continual deepening of my meditations that the most profound series of events in my life happened. What happened next is going to be the most difficult thing for me to convey through words and paper but I will have to try.

Danielle Butterly is a millennial who understands that with darkness comes teachings. Still, when she was diagnosed with an autoimmune disease at age fifteen, she struggled with a way to heal not only her physical body, but also her mind and spirit. It was that desire to understand herself in a deeper way and to rejuvenate her whole self that led her to travel the world at age twenty-three. In a vivid narrative, Danielle chronicles her solo travel adventure as she journeyed from Arizona around the world to such locations as Thailand, Bali, Indonesia, the holy Himalayan Mountains of India, a farm in the South of France, and Sweden with nothing but a backpack and a crazy surrender-to-life mindset. While revealing her lessons learned along the way, Danielle provides an introspective glimpse into how she opened herself to receive insight from every adventure while finding the courage to trust that living consciously will always lead her in the right direction. F<3ck the System is a millennial’s story of healing and self-discovery as she traveled the world alone and learned to live with less fear, more authenticity, and a lot more love.

Danielle Butterly is a yoga teacher, Arizona native, and University of Arizona graduate. It is her mission to inspire others to pursue their own unique healing journey. Danielle currently resides in Phoenix. For more about her journey and her books, visit www.daniellebutterly.com.