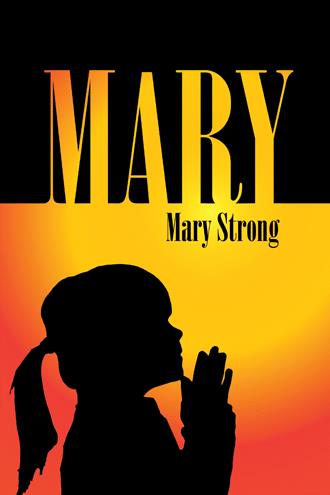 The Atmosphere If it were at all possible, she would have constructed a hole in the ground just big enough for her to squeeze her slight body through at those crucial moments. This haven, she decided, might in some way have protected her, even for a brief period, from the grim reality in which she found herself living. The reality of existing in an atmosphere where the air was so tense that each exhalation created a cold breeze, and the sound of each breath was amplified. It sometimes seemed that each passing moment felt like an eternity, and interruption, of any kind, would have been welcome. However, interruptions, at least of the pleasant kind, rarely occurred. Mary It was the year 1980. Mary was seven years old. She had a slim build and long, brown hair down to her shoulders. She had cute freckles across her nose and always wore a big, bright smile. Her green eyes sparkled, lighting up her surroundings. Mary was inherently a vivacious, fun loving child. She would arise each morning happy and excited to skip her way out of the house. She loved to go to school and was naturally inquisitive. From a young age she found sitting in a classroom, listening and doing her schoolwork enjoyable and would be totally absorbed in learning. She would escape from her reality during such activities. The reality that her home life was very challenging. She lived in a family with a mother who had mental health challenges and unfortunately directed much of her frustration and anger towards Mary, her only daughter. The House Mary lived in a house on the outskirts of a small town in Ireland. In the early days, there was no indoor bathroom or running water. Water was carried from a large, old, rusty barrel that caught the rainwater from the gutters at the corner of the house. She had the luxury of an outdoor toilet. This was a tiny, cement construction that contained just a toilet. It was covered by a thin, red metal roof that would amplify the sound of the rain on those dark, wintery nights. Cobwebs and spiders were regular visitors. Mary would squeeze her eyes shut, doing her business as fast as she could, and running back indoors as quickly as possible. There was no central heating in the house. Frost appeared on the inside of the windows and the net curtains stuck to the windows throughout winter. Indeed, it was on one of these particularly cold winter nights that one of Mary’s fondest memories occurred. It was brief and fleeting, one of the last times she shared a special closeness with her brother, Tom. Sneaking Out Mary and her siblings were always ordered to bed early. Indeed, they spent many long evenings lying in bed listening to children playing outside on the street. Mary longed to join them. However, she knew she must obey Mom and stay in bed. It was the rule and rules must be adhered to. Lying in bed would be scary for Mary as she would hear the voices of Mom and Dad raised downstairs. There were many arguments and objects thrown, banged and broken during nighttime arguments. Mary had a routine of covering her ears and pulling the blankets over her head. Laying in the fetal position she would rock her body and sing to drown out the noise. This seemed to in some way dissipate the level of heightened fear she was experiencing. Mary would become bored at times, lying in bed. Mostly, she would be too scared to dare move out of her bed in case Mommy caught her. On one particular occasion however, Mary decided to sneak down to her brother’s room. On seeing Mary, Tom gasped in a whisper, ‘Mary, what are you doing? She’ll kill you if she finds you!’ Mary did not care for that brief moment. She jumped up on the bed beside her brother, and they shared a few moments of giggling and chatting. Suddenly the door swung open, and Mom was screaming, ‘Get away from him right now!’ Mom chased Mary back up to her room, shrieking through gritted teeth that if she ever did that again she would kill her’. Mary climbed back into her bed, but she was smiling. ‘It was worth it’, she thought to herself to have those few precious moments with the brother she loved dearly. She had an amazing sleep that night. It appeared that Mom would get enraged should Mary show affection for anyone or anything else except her. This included her siblings and father. If she was caught doing so, Mom would find a way to put an end to it immediately in an aggressive, way. This resulted in Mary feeling lonely inside, longing for closeness and connection throughout her childhood.

The book tells the story of Mary, the only daughter to a mother who had mental health issues. It tells of the experience through the eyes of the child and the emotional impact of living with psychological and physical abuse throughout her childhood. Mary was inherently a loving, caring fun loving child but it seemed her inner joy and light shone too bright for those around within her family. It shows how Mary learned to adopt to the most difficult of circumstances and adapt psychologically to adapt herself for self protection in order to survive. It shows the courage and strength she had to survive in the most adverse circumstances, portraying a great example to us all in survival. It is an inspirational story of hope, strength and triumph. It is a true depiction of events told from the authors recall of her childhood experience. There is no blame intended as Mary knows that her mother did her best with the knowledge and tools she possessed. Names have been changed to protect the privacy of those involved.

Mary began her life as the only daughter to a mother who suffered from Mental Health issues. Unfortunately, Mary's mother treated her, in particular, in a cruel manner throughout her childhood. The effects of such manifested in Mary feelings of lack of confidence, self worth as she grew into adulthood. This resulted in confusion and self loathing behaviours such as risk taking behaviours, eating disorders ad addictions. However deep inside Mary had self belief that had never died or could fully give up on herself. Outwardly she managed a successful career , a comfortable lifestyle and her own family, but inside Mary bore the scars of pain from childhood abuse. It was in her mid forties when everything came to a head and Mary finally had her breakthrough. She had been meditating since she had bought her first Louise Hay self love meditation cassette tape when she was twenty years old. She had read every self development book possible and listened to inspirational CDs all those years. There were ups and downs, twists and turns, and even roundabouts on Mary's journey of self love which has finally now reached its 'manifestation'. Mary is in her late forties now with a successful career and a mother to her three children whom she believes have been her angels sent to help her heal. It is through them she has gotten to know and experience true unconditional love. Mary continues to work in the area of Mental Health Nursing. She has qualified also in the areas of Child Psychology, Psychology Of Counselling and Reiki Healing.