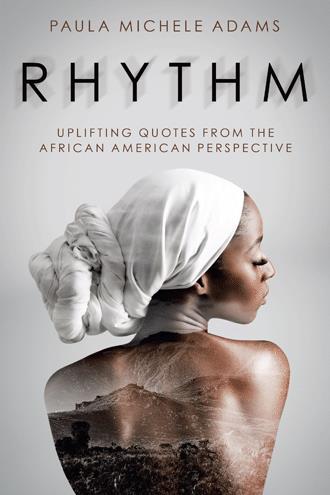 On Dreaming What is life without dreaming? Big or small, dreams give us the inner drive to pursue something greater in our lives. Dreams give us the opportunity to think outside of the box and envision infinite possibilities for ourselves. Making your dreams come true is a totally different story. Like lotto, you have to be in it to win it. You have to pursue your dreams ferociously on a daily basis. They should not lie dormant in your mind, heart, and soul, and then die with you. Making them a reality is your assignment in life. We all have wild dreams, or so they seem. But even the wildest dreams can become a reality if you put in a sincere effort, hard work, and have the willpower to see the vision through to the end. These visions are a part of your reality, and you can make them happen as long as you recognize that they are always within your reach.  Every great dream begins with a dreamer. Always remember, you have within you the strength, the patience, and the passion to reach for the stars to change the world. ~ Harriett Tubman (died 1913) American abolitionist and political activist  The best way to make dreams come true is to wake up. ~ Dr. Mae C. Jemison (1956) American engineer, physician  Never underestimate the power of dreams and the influence on the human spirit. We are all the same in this notion: the potential for greatness lives within each of us. ~ Wilma Rudolph (1940-1994) World-record-holding Olympic champion in track and field  Anything is possible. You gotta dream like you never seen obstacles. ~ J. Cole (1985) American rapper, singer, songwriter, record producer, record executive  Often, people who can do, don’t because they’re afraid of what people that can’t do will say about them doing. ~ Trevor Noah (1984) Most successful comedian in Africa  Don’t be afraid to be ambitious about your goals. Hard work never stops. Neither should your dreams. ~ Dwayne Johnson (1972) American-Canadian actor, producer, businessman, retired professional wrestler, known as “The Rock”  Too many of us are not living our dreams because we are living our fears. ~ Les Brown (1945) American motivational speaker, author  I motivate others by making sure they understand to go after their dreams and don’t let anyone tell you you can’t. If you are motivated enough and put the work in, you can achieve anything in life that you set your mind to. ~ Magic Johnson (1959) American retired professional basketball player, prominent HIV/AIDS activist  A star dies in heaven every time you snatch away someone’s dream. ~ Gloria Naylor (1950-2016) American novelist  They said I would never make it, but I was built to break the mold. The only dream that I’ve been chasing is my own. ~ Alicia Keys (1981) American singer, songwriter   On Self-Worth If you do not believe in yourself, who will? What you believe about yourself appears in your life in unbelievable ways. Unless you are extremely self-aware, you may have no idea how you present yourself to the world. Do you value yourself? Are you confident? Are you self-conscious? Do you like yourself? Are you insecure? Are you a bully? What does your self-worth express about you in the world? Your self-worth can determine how you present yourself to society. It can define how you move, what you tolerate, and how you react to a variety of situations. It creates a ripple effect in many areas of your life. Self-worth and self-esteem work hand in hand with the way you feel about yourself and how you react to feelings of self-love or self-loathing.  There was a time when I didn’t like myself at all. I thought I was a cruel joke. But now I’ve come to realize that maybe I’m not cute, but I am beautiful. ~ Cee Lo Green (1975) American singer, rapper, composer, record producer, actor  Whatever we believe about ourselves and our ability comes true for us. ~ Susan L. Taylor (1946) American journalist, editor, writer  Accept and acknowledge your own brilliance. Stop waiting for others to tell you how great you are! Believe it for yourself and about yourself. ~ Iyanla Vanzant (1953) American inspirational speaker, New Thought spiritual leader  You don’t have to become something you’re not to be better than you were. ~ Sidney Poitier (1927) Bahamian-American actor, film director, ambassador  We’re our own worst enemy. You doubt yourself more than anybody else ever will. If you can get past that, you can be successful. ~ Michael Strahan (1971) American television host, former professional football player  As long as we are not ourselves, we will try to be what other people are. ~ Malidoma Patrice Some (1956) West African writer and workshop leader primarily in the field of spirituality  Deal with yourself as an individual worthy of respect and make everyone else deal with you the same way. ~ Nikki Giovanni (1943) American poet, writer, commentator, activist, educator  Trust yourself. Think for yourself. Speak for yourself. Be yourself. Imitation is suicide. ~ Marva Collins (1936-2015) American educator  100 is worth 100 no matter how dirty or crumbled it may be. Similarly, you don’t lose your worth because you’ve been through something. ~ Reverend Run (1964) American rapper, producer, DJ, television personality  Be who you are and let everyone love that person. ~ Wiz Khalifa (1987) American rapper, singer, songwriter, actor

African Americans have a culture rich in diversity, knowledge, and wisdom. The valuable lessons learned from slavery through the present day will be passed on for generations, many times in the form of quotes, which implore us to expand our minds to reach a higher level of being. Quotes resonate within your soul in a way that opens your world to a whole new outlook. “Rhythm ... Uplifting Quotes from the African American Perspective” highlights inspirational, motivating, and encouraging life lessons from noteworthy African Americans. It takes you on a journey to enlightenment, insight, and self-awareness on a variety of life’s most important topics. This collection of quotes is not specific to any one race. All ethnicities can learn from the history, challenges, and obstacles that African Americans have had to endure. In essence, these quotes can aid all cultures into coming together and understanding our community more empathetically.

Born in Copiague, New York, Paula Michele Adams, known as “Twiggy,” retired after working 28 years as the District Manager for a predominantly African American Volunteer Fire and Emergency Services Company and relied on positive quotes to get through her day. She has always been intrigued by quotes and gained enormous strength from them. Using them as her daily affirmations, she collected a myriad of thought provoking quotes throughout her life. While attempting to purchase a book that highlighted quotes written by African Americans, she could not locate one. She decided to put pen to paper and compile her personal collection into an inspirational book that would not only expose the profound spirit of African American people but uplift her community and the world. Paula is a published freelance verse writer of greeting cards, calendars and in anthologies for Blue Mountain Arts.