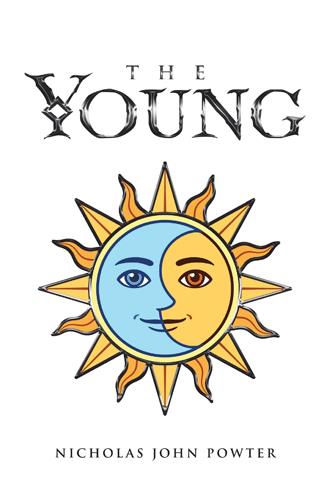 Intruders of Peace “Father, stop it! Please!” shrieks a child’s voice as the sound of wood splintering across the floor echoes throughout the barn, followed by the banging sound of ground metal smashing against hard surfaces, colliding with cupboards and pieces of farming equipment. “Come out please, Son. It’s over now; it’s dead. I killed the wretched fiend. No more will they disturb us—no more,” Sven says angrily as he stands over the beast. “I’ve never seen such a beast. What is that thing?” replies Fren nervously. “A parasite; a foul creature. Please do not fear that which is dead, for I need you to stop stalling and open up the door. Speak to me, Son. I need to teach you what I did today, for you must learn and see for yourself,” says Sven sternly. “I can only pray that you will not have to do or see this until you are old enough. Just please, don’t hide—come out and talk to me!” “I’ve seen you mad, but never enough to kill,” Fren says nervously. “A pest is what I killed, my son. A pest—nothing more,” replies Sven as he sheathes his long silver blade. “Please, it’s okay. You’re in good hands. As always, I am one who rarely ever falters in such a thing as this, nor will I ever tolerate such loathsome creatures.” A creaky, chipped wooden door in the centre of the stall slowly swings open. The shed is no bigger than a prison cell. In the centre of the doorway stands an adolescent boy with short, bouffant black hair, tanned skin and blue eyes as clear as the morning sky. His appearance is harsh from the great suns which have shone upon him for many years. Fren walks hesitantly towards Sven, a man who towers over most. Sven can cause much trembling and fear in those who do not know him, for his arms and legs are as thick and durable as stone and his shoulders are broader than most. He has a short, bristly black beard which is as thick as a shrub and has large, clear blue eyes just like his son. Sven’s eyes are like sharp spears, for they can stare past the pupils of one’s sockets and into one’s mind. His short black hair is almost identical to his son’s, though he brushes his fringe to the right rather than the left. Sven’s armour is made from a combination of many creatures, but mostly ghastly and grotesque beasts. Finely crafted and made just for him, it covers his body from his neck to his ankles. The boy slowly looks up from Sven’s large, thick wool boots and peers at his tanned body, which is smeared with many dashes of white blood. “Dad, you promised there was nothing around in these parts which could harm us. You said these lands were purged and free from all evil,” says Fren angrily. “You specifically said only the folk from the mountain to the north, who barely leave even once a season, could cause harm and were the only ones we should see as a real threat. This is what you said, remember? “You also spoke to me about how they never once stepped foot on the premises, that never once did you see or hear them try to advance on our home. You said we were fortunate to live such a distance from them. You also spoke of how there is a kingdom deep within the mountain where many people dwell, a place where there is a great leader who demands total submission and will slay all those who did not obey or follow him. You said this ‘king’ makes all who oppose him bow and swear their allegiance to him in any way possible, that he makes them kiss the knuckle of his hand.” “Do not worry about those folk, for we offer little to them. We should look out for these creatures and the nest they dwell in. I’m sorry, my boy, but I was just as distressed as you were some moments ago. You see, I have not seen one of these savage beasts since you were just an infant, a newborn, over forty seasons ago,” says Sven. “You mean the blights?” replies Fren. “Yes. In fact, that beast which lays behind me is a familiar face, for I fought and slayed many during my service as a warrior of the Cradle long ago. It is was a legion of men both young and old who gathered up in arms together and went to fight for many days and nights in the Great War of the Plains. It was a barbaric and carnivorous war which left thousands of men dead. There were many with wounds which will never truly heal, for they are permanently scarred, both in the mind and the flesh. Unfortunately, there is no medicine or ointment which can treat the damage most have been afflicted with.

A father and his son home has been attacked by a mysterious man, an omen a sinister presence has come about the lands of “The Deluge”, the great sun gods know as the Phrazon mur guide and protect the inhabitants who are awake during the day while the evil creatures and man alike come to fruition during the night. For that where the great evil moon gods come up out of hiding. A Religious cult known as the “Spawn” and their most prestigious leader Roland seek to extract the power of the moon gods and destroy the sun gods and plummet the world into but darkness and sorrow. Out two unlikely protagonist must go on a journey to stop them and free their lands from both the gods and the cults grasp. As somewhat reluctant they may be, they will set out on a task of many dangers and one most foreign to them. A journey of family,love loss violence and devastation, divinity and faith.

I think I have a unique and interesting stories to tell and likewise a storyteller in general, I think have a lot to say about life in general and I think I could even quite possibly teach the reader a thing or two.