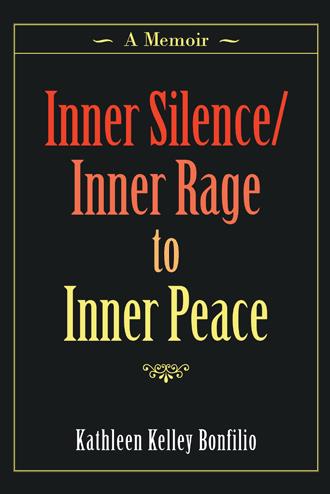 Inner Silence/Inner Rage is a story of one young girls survival after being a victim of rape three times at age 15, 16 and 17 years old from three different abusers. She believed them when they threatened her of what they would do to her and her family if she ever tried to tell anyone. She never told anyone and buried these traumas deep within her subconscious mind, afraid and ashamed which normally would have had her in a mental institution, or a drug addict, an alcoholic or homeless. But she survived and at age 37 sought therapy and other tools that helped her to release her demons, she now feels safe enough to tell her story. As you read this book she believes you too shall ask yourself how did she ever make it in life without a breakdown. Just reading the index to her book in chapter 4, “The quarries gang rape” at age 15, depicts the gory details of hopelessness. In chapter 5, “The second rape/Lessons to learn” at age 16 is raped by gunpoint and depicts the details of how horrific rape can be. The rapist savagely choked her from behind, putting a gun to her head and into her mouth then spitting and biting her all over, flipping her around like a rag doll threatening her of the things he can do if she dare tells anyone. Chapter 6 “Death” at age 16 details of how naive she was when a boy killed himself because of her breaking up with him and the effects that had on her life. chapter 7 The “Abortion” Tells about her first real boyfriend that she trusted gets her pregnant and said he couldn’t marry her, she was only 17 back in the sixties and shame was her enemy. She let him control her as most victims do, and had the abortion. Chapter 8 “The Venereal Disease” shows how when he came home from the war and contracted gonorrhea and gave it to her. In chapter 9 “The third rape” all happened before she turned 18 years old by an older man whom she trusted but sodomized her anyway without her ever thinking this would happen. There is so much more but she just shoved it way down inside of herself, into her “Inner Silence/Inner Rage”abyss. This book is about how she kept it all silent for fear these rapists would go after her sisters and rape them or burn the house down while her parents slept. It’s all about having no self-esteem or self-worth as she was conditioned to keep silent all her early life and she felt the fear and shame until she got help at age 37. Counseling and self-help books, watching and reading mentors such as Louise Hayes and Wayne Dyer along with Tony Robbins and countless many other self-help healers had changed her life for the better, it was a bittersweet journey and now she finally has the motivation to share with you how she survived and hopefully show you how to get out of a bad situation a lot sooner than she did through her own experiences and traumas.

Kathleen Kelley Bonfilio was fifteen years old when she was raped for the first time. Other attacks and traumas occurred before she even turned twenty. In Inner Silence/Inner Rage to Inner Peace, she narrates her story of fortitude and survival and how she overcame her many demons. In the memoir, Bonfilio describes three brutal rapes, an abortion, a bout with venereal disease, and marriage to an abusive husband. Now, more than thirty years later, she chronicles her experiences, sharing her discoveries, thoughts, feelings, and the coping skills she used to survive. She discusses the steps she took to address her suppressed emotions and how she began her journey to healing. A bittersweet story of resilience, Inner Silence/Inner Rage to Inner Peace inspires others to face the traumas of their past, end the pain, have hope, begin to move forward, and learn to live a life filled with inner peace.

Kathleen Kelley Bonfilio grew up in the Boston, Massachusetts, area and later attended several colleges, earning a business degree and upgrading her profession as a real estate and insurance broker. Bonfilio has three sons and grandchildren and lives along the South Shore coastline in Massachusetts. She enjoys photographing nature and the ocean.