My 35 Days Walking the French Camino 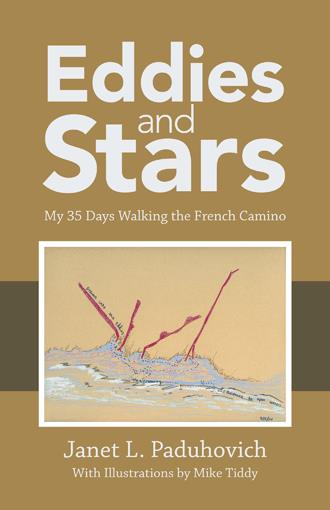 HOW I BECAME A CAMINO CONVERT I’d seen the 2010 Martin Sheen movie The Way. On February 7, 2014, I attended the Seattle premier of Lydia Smith’s documentary Walking the Camino, and I also attended two standing-room-only Camino talks at Seattle’s Recreational Equipment, Inc. (REI) flagship store. None of these exposures moved me to walk the Camino. Perhaps I didn’t relate to the walking, the word “pilgrimage,” or the seeming frenzy of its supporters. But, I was, however, interested in the pilgrimage concept of the Camino itself. I began reading To the Field of Stars: A Pilgrim’s Journey to Santiago de Compostela, by Kevin Codd, an American Catholic priest, and, at the time of his pilgrimage, the head of a Belgian monastery. It is a warm and personal account of his walk to Santiago. I wanted to know more about this “field of stars.” It was this book, along with conversations with my REI co-worker, Myrna, who had likewise completed the Camino, that intrigued me. One route begins in France and ends in Santiago, Spain. I began to feel something akin to wonder as I learned about the enduring Camino as pilgrimage for those who risked their lives, and perhaps health, to walk The Way. Their experiences walking beneath the stars of the Spanish sky, and reports of feeling drawn to Santiago, captured my imagination. I thought: What drew these Pilgrims so long ago and still draws them? My curiosity deepened. What does it feel like to be drawn to a place? One day, in 2014, I found myself unmotivated, restless, yet hungry for inspiration. My eyes drifted to the plain brown-paper-wrapped DVD purchased at that February Camino film premier. The DVD contained scenes that did not make it into Lydia Smith’s Camino documentary movie. For the first time, I popped it into my laptop not expecting much. After all, it only contained materials cut out of the feature film. Lydia’s documentary focuses on interviews with six individuals who are walking the Camino. This DVD features only interviews with hospitalieros and priests who offer housing for traveling Pilgrims. Such housing is provided at churches, convents, hostels, and albergues along the route to Santiago. Of these interviews, one specific interviewee and his words moved me. He is a mature man, someone who’d seen and lived many days. He tells us that he is a hospitaliero because the Peregrinos (Pilgrims) ‘teach him a lot’ and that he remains there on the Camino because he has ‘much to learn from the Pilgrims.’ I thought, Wow! and likely said it out loud, repeatedly, as I am inclined to do when something moves me. What he said, and the power of his message, caused me to doubt any and all disdain and reluctance I had about what I perceived as herd mentality regarding the Camino pilgrimage. His words opened my heart and mind to the experience he described. Now I found myself estimating the number of days I might need to complete the journey to Santiago and planning my actual trip to France to begin my Camino! I knew then that my heart and head would lead me to become one of those Peregrinos. THE JOURNEY TO THE BEGINNING On August 9, 2014, I did it! I booked my roundtrip flight to Paris, having calculated forty-four days to walk the Camino, a total of 500 miles of pilgrimage trail. Could I do it? Could I complete it? I wondered these same questions as I began almost anything I approached as a novice. On September 6, 2014, I flew nonstop from Seattle, Washington, to Paris, France, a ten- hour journey, and arrived Sunday morning, September 7. The only time I had been in Paris was the year I graduated from law school, 1991, when my brother, Steve, took me to Paris as a graduation present. That was seventeen years earlier almost to the day, and ten years from his passing, again during the month of September. Steve did our navigating on that trip, while I was awe-struck at his ability. Now who would be my guide? I knew little about Paris Airport and nothing of the French train system that was essential to reaching the beginning of the Camino, the city of St. Jean Pied de Port. I tried, with much frustration, to sort out the information about the Charles de Gaulle airport train connection before departing. Fortunately, ten days before my Paris departure, while on the Seattle light rail, I sat next to Carolyn, a young French woman who lived in Seattle. During our thirty-five minute ride, we connected, and she showed me how to navigate airport-to-train on her French train app. Her help was invaluable, and she was the first of many “guides” who appeared as I needed them throughout my Camino journey. I do not speak French or Spanish. I do, however, recall a few terms from my French classes of years ago, so I knew that finding my way in France and Spain would be challenging. From the Charles de Gaulle Airport, I had one train to catch and then a bus to St. Jean Pied de Port. If I made these connections, they would place me in St. Jean in time to secure a bed for the night. Transit schedules in France are reduced on Sundays, but I made it. Once on the train, I was more confident that other kind people would help me along the way.

“Sometimes life gives us a second chance. We find ourselves at a place and time in life that few others will ever experience. Seize it, as if it was the last breath of air you would ever breathe. Thank you Janet Paduhovich, for taking us to this place in your life.” Wayne Drumheller, M.Ed., Editor and Founder The Creative Short Story Project Her possessions pared down to necessities, Janet Paduhovich set out from Seattle, Washington, on a pilgrimage that followed the Camino Frances, the French Way, a trail that begins in St. Jean Pied de Port in France and stretches away for 500 miles over the Pyrenees and, ultimately, into Santiago de Compostela in Spain. Drawing from her daily journal, Janet recounts the rigors of the pilgrim trail, both physical and emotional, and takes us from town to rural town, and through cities, too, as she faces the challenge of a lifetime. Janet joins a flow of pilgrims that is centuries old on a walk that brings tranquility and joy, as well as pain and fear. Hints of the mystical hover about her experiences, and, against the backdrop of human frailty, Janet examines her daily experiences on her pilgrimage to gain insight about herself and others, notions of family, beliefs, and companionship. She also confronts solitude and perseveres through even this interior trial.

Janet Paduhovich describes herself as a “curious explorer.” Growing up in New Jersey, a few miles from New York City, she encountered diverse people, places, and opportunities. She worked as caseworker with the South Carolina Department of Social Services and as an early volunteer with People Against Rape. She also worked with the National Crime Victim’s Center in Charleston, South Carolina, raised her son as a single parent, completed law school, and practiced law in government and in private practice. Janet has “wondered and wandered” from New Jersey to South Carolina to Washington State to North Carolina, and, one day, in 2014, she left home for France where she began a pilgrimage that would lead her on The Way of St. James, from St. Jean Pied de Port to Santiago de Compostela in Spain.