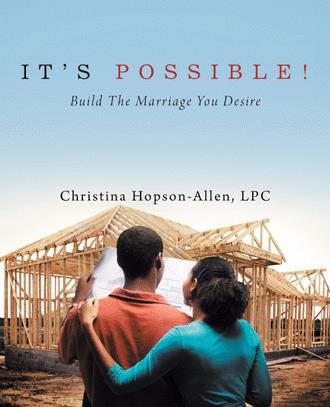 When you are scared it won’t work, fearful it’s too late, or terrified that they don’t love you anymore, then you can’t be too afraid to fight for what you want. You have to go after it with everything you’ve got! Maybe you’ve been trying for years to get your marriage on track. You don’t know where things went wrong. You don’t know how to love each other anymore, or you can’t talk without arguing. Just because you don’t know how it will turn out doesn’t mean you shouldn’t try. Courage will help you find a way. It brings confidence in spite of fear. Courage strengthens you to go through the struggle, to push past the pain, and to do what it takes to win. And winning in your marriage is everything. So you’re experiencing significant challenges in your marriage. Maybe you spent all of your time raising the kids, and now that they are gone, you realize you don’t have anything in common anymore. It could also be that she works so hard, she doesn’t seem to have time for you. Or maybe he spends more time out with friends than with you, and you don’t feel like a significant part of his life. Sometimes, marriage hurts. And it’s okay to admit it’s painful. However, if you love each other, there is always a way for it to work. And in that case, it’s not okay to give up. If you know she is the one that you want to spend the rest of your life with, why would you quit trying? If you know he truly loves you, why would you mistreat him to the point that he wants to leave? Why are you so afraid to say “I’m sorry” or admit you were wrong? Why is it so hard to love again? Maybe it’s fear. Loving again may risk rejection. You may have to let go of your pride or let yourself be vulnerable. Maybe you’re afraid of the possibility that it may not work. Maybe you feel like you’re wasting time. Here is my question: “But what if it does work?” By taking that risk, having the eagerness to try new things, willingness to make mistakes, faith to believe, and boldness to forgive, you can fight for the fulfilling marriage you deserve. Don’t let fear keep you from fighting! Courage is risky. You’re taking a chance that it won’t work… But if you don’t try- it NEVER will… When you fight for something, there is a 50/50 chance that you may lose. But if you don’t fight, there is a 100% chance that you will fail. And I believe you would prefer to know you gave your all and it didn’t work, rather than know that you gave up and didn’t even try. Not trying is an automatic failure, and you don’t want to live with the regret of not putting forth effort to make it work. And when I say “make it work” I don’t mean forcing something that isn’t meant to be. I mean two people who give, love, share, and commit together. That’s making it work. And doing this in the midst of your fears takes courage.