How Manual Therapy Helps Us Recover from Illness & Injuries & Stay Healthy, without Drugs or Surgery 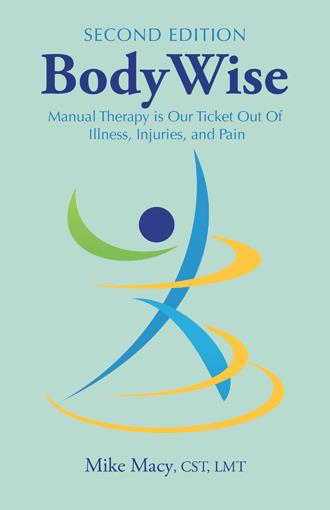 Fascia Giveth and Fascia Taketh Away With fascia, communication is a two-way street. Connectivity is great when things are working well, less so when they aren’t, such as when two previously independent and healthy tissues are locked together. Connectivity explains how a restriction in one part of the body can eventually drag down every other structure in the body with it. On the upside, it also allows manual therapists to follow fascial tensions to their source. If fascia can communicate the challenges of a single cell to every other cell in the body, imagine the consequences when the communication reaches the CNS. This is precisely what happened to Mary Ellen Clark, a seven-time national champion in the 10-meter platform dive and bronze medalist in the 1992 Summer Olympics. Ms. Clark had experienced vertigo occasionally throughout her career, but in 1995 it resurfaced with a vengeance while she was training for the ‘96 Games. Vertigo is bad enough on dry land. For a diver, it can be fatal. Mary Ellen tried herbs, acupuncture, physical therapy, chiropractic, and anti-seizure medications. She stopped drinking coffee and alcohol. Nothing worked. Doctors at the University of Miami Balance and Dizziness Center assumed that her vertigo stemmed from the tens of thousands of impacts between her head and the water from years of diving practice. They tried positional treatments and asked her to sleep in a sitting position for the first two nights after each treatment. Improvements were negligible. Unable to train, Ms. Clark sought the help of Dr. Upledger. Using his hands, Upledger found the source of the vertigo: her fascia was transmitting tension from old knee and ankle injuries through her pelvis and spine into the membranes surrounding her brain. After Upledger released those restrictions, Ms. Clark was able to resume diving full-time just months before the Games. Despite having missed nine months of training and many competitions, she won bronze again in ‘96, becoming the oldest medalist in Olympic diving history. Had Upledger not understood fascia, she probably would have missed those Games. Despite fascia’s connectivity, communication, water storage importance, and utility, the medical community largely ignores it. Fascia lacks glamor and is difficult to study. Most anatomy books ignore fascia, too, and for good reason: if medical illustrators showed even a fraction of the fascia, it would obscure the structures they were endeavoring to show. However, as many children have discovered, the packaging is often the best gift of all. This is also true with the body. The next chapter introduces subtle motions, something else that depends on normal fascial tension and hydration.

BodyWise explains the body’s needs and how it actually works. You’ll learn about subtle tissue motions, the connective tissue that enables them, the basic principles of osteopathic medicine, the latest advances in the exploding science of manual therapy, and how to work with the immune system, the mind-body connection, and neuroplasticity. Using examples from three decades of clinical practice, the author connects all this together so that readers understand how to harness their body’s healing potential rather than undercut it. Written in terms any adult interested in their health can understand, BodyWise shows that much of what we assume is an inevitable product of aging is both preventable and reversible, often without drugs or surgery.

Mike Macy, CST, LMT has been interested in healing since he was 12 when he was sent to Cape Cod to help an inconsolable cousin. Within the week, she was smiling again. A car accident in 1987 drove him to acupressure and therapeutic bodywork. For 25 years, Mike was one of Alaska’s most highly-trained CranioSacral and Visceral Manipulation practitioners and has been a Teaching Assistant for Upledger Cranial classes since 1996. At the United States Air Force hospital in Anchorage, he helped many pain patients who’d just about lost hope return to active duty. Mike has a Masters in English, taught writing at the University of Alaska, and wrote a health column for five years. This is how he manages to explain the body and its workings with clarity and economy. BodyWise is his second published book.