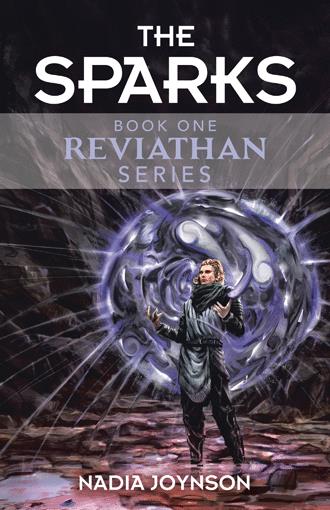 The Birth of Reviathan In my mind’s eye, the world no longer exists as it once did. No multitudes of cars streaming along the highways to work in the morning, no mail man bringing letters by hand, no queues in the supermarkets. In fact supermarkets no longer exist, no drugstores, no malls. No, we had to start again, but not quite from the beginning.… This is the world in 2093. A world in which the meaning of why we do things comes first; a world where being together is more important than being right; a world where we can all decide how things should happen by co-creating them. This is a world after the major environmental devastation of 2027, where the human race needed to choose a large land reserve to save. The continents were ravaged by colossal tsunamis and earthquakes. The land as we knew it quickly became uninhabitable, barren or inundated by a toxic and silt-filled sludge for as far as the eye could see. Fire swept over acres of forest in the wake of the earthquakes. Humans and animals fled for their lives leaving just a pungent smell of devastation behind them. It would take hundreds of years of nurturing and state of the art technology to repair, but a “New Earth” would return. We pledged that it would be so. We would once again see fields and forests, lakes and magnificent mountains rise above the skyline, majestic as they dried and regenerated, allowing life to flourish once again. While many islands and land masses of Earth had been drowned, submerged for all eternity under the rolling waves of the oceans, this land, fondly baptised as Reviathan, stood as a shining example of Mother Nature’s beauty. A vast array of animal and plant species survived on, or were migrated to these areas in feats of heroic proportions. Our role in life was now focused on living harmoniously with all parts of this ecosystem, and to continue to discover our potential. Over a period of many years of resilience we changed physically, emotionally and psychologically. Our features became softer, our eye colours of deeper, more profound blues, greens, browns and for some, even yellows. It was evident through the clarity of our eyes that spirit was more present in us. We began to flow with life instead of fighting against it or trying to control it. Our hearts became more full of peace as we started to understand and harness the critical role of light, all forms of vibration and our place in the wholeness of life. It had taken mankind millennia to realise that they had always had a choice, but through the destruction and displacement, the only way forward was to stay positive, process emotions quickly to stay clear-headed, and feel more deeply in order to remain in harmony with others. When we finally opened ourselves to the amazing potential of the restorative properties of these universal energies, we evolved in ways we could not have imagined. Our perceptions changed, we saw and felt each other more deeply. We used our relationship with energy flows and fields to move our consciousness through portals and harness the creative power of vortexes. In surrendering to a force much vaster than ourselves, we learnt to become an infinitely important part of a much greater, perfectly interdependent and constantly evolving universal system of mutating matter with which we could create whatever we wished. All that was left of the human race, six tribes of several hundred thousand people, lived interspersed among the chosen land (the Spark, Star, Sunset, Stream, Season and Snow tribes). Each transferred the wisdom of their ancient lineages but everything was open to question in the hope of establishing more adequate systems for the future. Our lives were peaceful and generous as we evolved into a new way of living together, once again in harmony with the universe, never again abusing the energy fields and nature itself that supported us. We ultimately didn’t need to because we had discovered new ways of doing things with our highly evolved gifts. Finally humans accepted to be conscious of our impact on the world around us. Ultimately, life made us choose. Could this be a moment of final transition to a stable order? Chapter One Bethanor the Innovator The light coming from the enormous bay window gently flooded across the floor of the room where Bethanor was leaning back on his chair in deep thought. He was surrounded by objects as precious and obscure, as they were rare. Suddenly, he sprang forwards and lifted a strange contraption into his field of vision, turning it fervently in different directions. His piercing green eyes scrutinised every tiny aspect of the small, mechanical object in front of him. He clicked levers, twisted knobs, and opened the back gently to reveal an unravelling of multi-coloured wires. As he removed each element rigorously, gazing deeply to understand its position and function, he continued to think about the object’s potential purpose. The Seasons tribe regularly brought relics to the Sparks tribe. They would find them in the permaculture sectors that they were excavating to produce new food sources, and they loved to offer them as gifts to the children for them to disassemble unless, of course, they were objects that had never been seen before. These were taken to high-security laboratories and analysed with deep respect and care in order to enrich the general register of knowledge with any new information they provided. Even better if the object contained molecules that had never been seen before. Although a rare occurrence now, sometimes Reviathan did discover ‘new’ elements which helped them to further understand their environment and also to innovate some amazing and highly advanced technologies. After all, it was part of the Spark tribe’s nature: they were creators, innovators, before all things. They intuitively felt which elements could be combined and for what purpose. 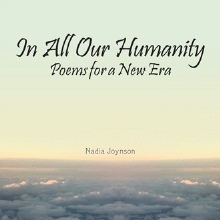 In All Our Humanity
Nadia Joynson
$23.95 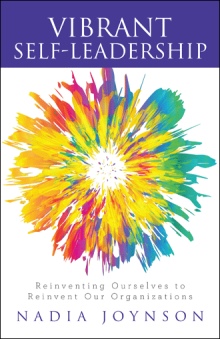 In a world devastated by an environmental cataclysm, the remaining humans formed six tribes,  each gifted with extraordinary capacities. Their new abilities and their need to adapt to devastating  circumstances led them to question how they could establish a new utopia, Reviathan. It's the year 2093, at the dawn of a new civilization, Reviathan. The Sparks are humanity's tribe of innovators.  After an intense period of environmental disaster that devastated much of the Earth's resources, will they continue to create in the same way?  Bethanor a young Sparks tribesman is about to celebrate his rite of passage,  a moment where he has the opportunity to share his unique creation with the rest of the community. His search for the perfect components takes him and his trusted friends  Inalia and Kalto on a wild journey of discovery to parts of their environment that are considered by the governing committee as off limits.  Will they decide to conform to the Spark tribe's values or will they decide to use their special gifts differently?