I Love You All the Numbers 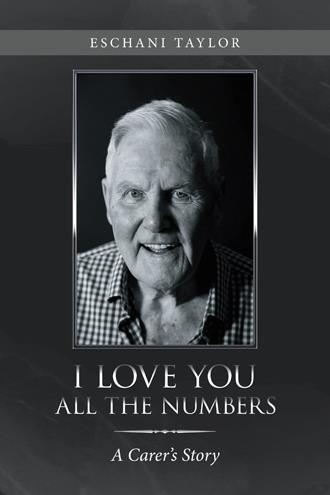 9.30 p.m.: “What’s in the diary for tomorrow?” “You’ve got a doctor’s appointment at nine thirty in the morning, that’s all” “OK.” “Goodnight, darling.” “Goodnight.” 5.30 a.m.: “What’s on today?” “You’ve got a doctor’s appointment at nine thirty this morning, that’s all.” “Well, I’d better get up then. C’mon! Come on, or we won’t have enough time!” Oh my God, I thought. Of course it was going to take us nearly four hours to get ready and get to his appointment—not! But I got up, and so the day began, because to argue or to attempt to reason with him was futile. He had dementia. You see? It had only been a few months since his diagnosis, and I could already see the slow, very slow, but regular deterioration. He thought that he was fine and didn’t notice all the little things that I had to try, every day, to be enormously patient about. When Geoffrey was first diagnosed with dementia, it had been eighteen months since his aortic valve replacement surgery (open-heart surgery), which had been a difficult journey of almost six weeks in hospital, then rehabilitation, then back to hospital with complications from his medications, and more. Those six weeks were undeniably stressful, to say the least. In fact, I could write a whole book based upon just those six weeks … but I digress. Once Geoffrey was finally home, still in a weakened state, it was clear that his cognitive function was not what it used to be. I was patient. I thought he’d come good after a time. I was wrong. Something that I wish to explain here, before you read any further, is that I have written this narrative from my perspective only. Other people may find dealing with someone who has dementia to be entirely different. In actual fact, there will be differences for others, and sometimes the experiences I share will be exactly the same. In many ways, dementia or no dementia, there are similarities in carers’ perspectives no matter who you might be caring for and whatever brain dysfunction is present. Dementia is a broad label that encompasses a spectrum of incapacities and changes. Geoffrey and I worked in personal growth education for a great many years, and I have lived consciously with a spiritual approach. Throughout the years, we have explained viewing the world from your perspective in the following way: Imagine a building brick standing upon its end in the middle of a room. What do you see? Depending upon where you are in the room, you will see only one aspect or perspective of that brick. You might see a totally flat solid side, a corner, or you might be able to see through the holes in the brick all the way to the other side of the room. You might see any perspective in between the two opposites and from varying heights based upon your vertical position as well. What is true is that you can only see what you can see, based upon where you are around the brick—your perspective. You can argue your view against others who are seeing a totally different perspective and try to convince them that your perspective is the right one simply because that is what you can see. Until you move towards someone else’s place in the room, you will be unable to see the brick from that perspective. Remaining where you are and blatantly insisting that your perspective is the right perspective means that you can never understand there is more than one way to view the brick. To be fair, there is no correct perspective; there is only the perspective we choose to see or experience. If you remain inflexible in life and never shift yourself in order to see things from another perspective, your life will be narrow and limited. Welcome to my perspective! The signs used to compile this list are published by the American Academy of Family Physicians (AAFP) in the journal American Family Physician. Possible symptoms of dementia: • Recent memory loss – a sign of this might be asking the same question repeatedly. • Difficulty completing familiar tasks – for example, making a drink or cooking a meal. • Problems communicating – difficulty with language; forgetting simple words or using the wrong ones. • Disorientation – getting lost on a previously familiar street, for example. • Problems with abstract thinking – for instance, dealing with money. • Misplacing things – forgetting the location of everyday items such as keys, or wallets, for example. • Mood changes – sudden and unexplained changes in outlook or disposition. • Personality changes – perhaps becoming irritable, suspicious or fearful. • Loss of initiative – showing less interest in starting something or going somewhere. As the patient ages, late-stage dementia symptoms tend to worsen. So my research told me these things. Nothing explains what it’s going to be like or how to live with it. I went searching, and the Alzheimer’s Australia website initially yielded very little beyond the basics facts which I already knew. What I was actually looking for was some help, some support—emotional support. I had never in my life felt so alone. It was as if that one word collided with my world, and it was going to crumble everything. My comfortable world was wonderful. Geoffrey and I had been together for over twenty-four years, and we had spent all day every day together for the great majority of those years. We were best friends, business partners, buddies, mates, lovers, and devoted equals. Both coming from previous long-term marriages, we brought out the best in each other. There had been some difficulties in the beginning—the your-kids-my-kids sort of things, not to mention a sorting out of all the finances. But Geoffrey’s children were grown and mine were teenagers. Eventually, the dust settled, and all was well. In fact, we quickly grew to have great relationships with not only all the children but also both of our ex-partners. At the time of Geoffrey’s diagnosis though, all our family and friends were

This is not only a poignant memoir of Eschani’s experiences of caring for a loved one with dementia and heart disease; it is a story of love. The emotive narrative will have you laughing out loud, crying and experiencing ‘ah-ha’ moments. Be amazed and delighted as you take a walk with Eschani through the ever-changing landscape of dementia, with the extra complication of heart disease. Written with powerful self-help resource sections, this book will help anyone who cares for a person with a brain disease. Discover valuable everyday strategies to overcome everything from dealing with the red-tape obstacles to the day-to-day challenging occurrences, whilst being totally immersed in the heart-warming story right from the very beginning.