The City Of Pyramids

Searching for the Golden Alchemy 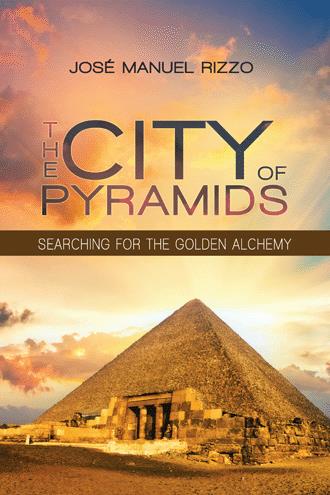 Jazmin is a girl from Little San Juan who is on a mission to find her missing Grandfather. She embarks on a journey to The City of Pyramids in hope of finding The man who will Change the World and the missing Password to get to The City of Pyramids. Along the way she encounters obstacles that make her grow personally and spiritually. Inviting the reader to join her on this marvelous adventure.

He is a Doctor of Science in Alternative Medicine. A Life Coach and Health Coach. He has an Ms. in Mental Health and an Ms. in International Entrepreneurial Coaching and Mentoring. He is the Founder and CEO of Coninrec, CA and Global Sider CA. He is a Spiritual Master, with an emphasis on working with Archangels. He is a Japanese Reiki Master and Egyptian Reiki Master. Master training in Neurolinguistics Programing. Lawyer. Master in International Rights of Human Rights, International Criminal Justice and International Humanitarian Rights. Specialist in Business Law and International Contracts. Former Professor at the Andres Bello Catholic University, Writer, Motivator and International Speaker. Author of the Programs and Certifications of Creative Reengineering and Reiki Golden Alchemy. His experience as a Lawyer started in 1991 and he has been a Doctor of Science in Alternative Medicine since 2007. Doctor Rizzo is permanently invited to TV shows to give useful advice in the health field with a holistic perspective. His constant preoccupation toward man’s growth and development has driven him to do research and go into an in-depth study of century-old disciplines such as Reiki-Ho for Natural Healing. Mastering these techniques at the Usui Reiki Gakkai in Japan, and the Spanish Reiki alliance, among other prestigious organizations. Certified Teacher in Spiritual Response Therapy. He is an author of Creative Reengineering Program.