The Way of the Bold Ones

An exploration of Enneagram energies 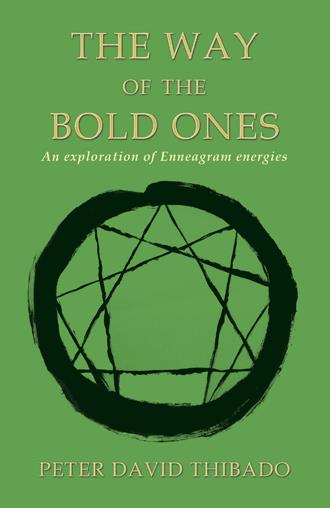 In Jan 2010 my good friend and TaeKwon Do instructor was on a business trip to Port-au Prince Haiti. 5 minutes after checking into his hotel the earthquake happened and he was crushed and killed. His name is Tran Trei Quan, at the time he was President of the International TKD Federation (ITF). Departure During the following year I spent some time raising a few dollars for the recovery efforts in Haiti. I also wrote a plan, an idea for helping the Haitian people to rise up and out of their poverty. The plan in short was to start teaching TKD in all of the many orphanages around the country and to train the police in TKD. The result would be a bridge between the private and public sectors of the society with a grounding basis in etiquette and moral culture. I was giving a speech one day about my ideas and there was a Haitian American in the audience. After the speech she asked to have lunch and invited me to meet a friend of hers, Marlene. Marlene is the owner of the Haitian Mission Par La Foi and just happened to be in Tampa that day. We met and had lunch, by the end of the meal she had convinced me to fly to Haiti the next day to meet the children and see the facility. Call to Adventure and Refusal The building she housed the children in had collapsed in the earthquake. No one was hurt but they all relocated to a cemetery caretaker’s shelter. A tin shack in the middle of the Cemetery. I stayed with them for 3 days. Toured around the neighborhood. Walked to the beach with them, ate meals with them, attended school and church services with them. There were about 26 children, Marlene, me and one other adult caretaker. At the end of the three days, before I was to fly home, Marlene and I were sitting with all the children and she asked me, “what do think of all this Peter?” I sat quietly for a few moments trying to digest all I had seen and experienced. It was very overwhelming to say the least. I felt totally consumed, it was like facing a big monster, too much for me to chew. It was really the first time in my life I felt like I had run into something too big for me to fix or take care of. As I began to express this to Marlene I started to cry. I was feeling consumed by the poverty, and yet I was the one leaving back to the States. In that moment, I had what I call my Copernican shift. My head my heart and my belly all made a 360 turn inside out. I imagined that if I had these feeling of despair, just consider how the children were feeling. In that moment I knew that I had to do something more, I could not leave them. This felt like the refusal and the call back to back as I did the 360. Aid There was a gentleman that gave me a ride from the orphanage to the airport that day. His name is Dimitri Azor. His father was an important person from the Jean-Claude Duvalier (Baby Doc) era of Haiti. Dimitri knows many government leaders and businessmen in Haiti. Over the next few months I was introduced to several government ministers and senators as well as the president of Haiti. He helped me apply for a contract to train the National police force in the art of TKD. He also connected me with a few people at a high level in the Digicel Corporation, and their granting division. I applied for a grant through the Digicel Corp to have a school built for the Mission Par La Foi. Within a few months I had opened a TKD school in a commercial store front owned by Dimitri and began classes. I was teaching about a dozen black belts that had been training on their own without and instructor for many years. Crossing the Threshold I continued to travel back and forth to Haiti over the next two years. Spending more time in Haiti than I was spending in Florida. The result was that my school and my construction business tanked. I had to shut down both businesses in Florida. I attempted to rent a house close to the TKD school in Port Au Prince. I paid a year lease up front and was cheated out of the money. I was devastated, Dimitri invited me to stay at his home while I got things sorted out.

A personal autobiography put together to aide in using the Enneagram for self-development rather than as a Type indicator. Too often students of the Enneagram box themselves and others into the confines of their individual Type. The greater purpose for the Enneagram is to live as a whole person through aligning the centers; head, heart and gut. If we can recognize our tensions and reactions we can release ourselves from them and gain compassion for ourselves and others.

My name is Peter Thibado I have been studying and teaching the Enneagram for about 20 years. I am soon to be a 9th Degree Black Belt in the art of TaeKwon-Do. For many years I have called my school Thiba-Do TaeKwon-Do. Thibado is an archaic French name which means The Bold Ones, TaeKwon Do literally translated mean The Way of Hands and Feet. This is why I have titled the book The Way of the Bold Ones. I grew up in a large family, I am the seventh of eleven children. Rural Wisconsin is where we lived. I left home at an early age and moved to Colorado where I was an underground hard-rock miner. I left there in 1985 and moved to Florida and became a building contractor. I have operated a TKD school all my life. One year after the earthquake in Porta prince Haiti. I went there for a couple of years to help an orphanage and teach TKD. I live in Florida now still building and remodeling homes.