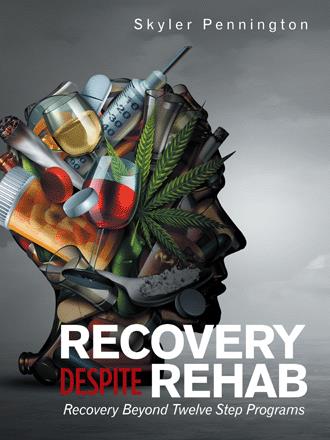 Based on true events, I offer details of my own life, my struggles with mental illness, substance abuse, and recovery. Offered is a unique perspective of America’s broken mental healthcare system and the cruel treatment of patients dealing with addiction, providing real solutions supported by research. America’s fragmented mental healthcare system and treatment of addiction promotes an outdated cure that is often far worse than the disease it supposedly treats. This is a treatment that exacerbates addictive behaviors, mental illness, and increases average substance misuse. If mental illness and addictive behaviors are to be combatted, reduced, or eliminated, the core foundation of societal values, as well as beliefs about addiction recovery and our mental health ecosystem, must be rebuilt from the ground up.

Skyler Pennington has been writing since the age of three. He holds a BA in English and Psychology. Pennington’s work has been featured in the Atlanta Journal Constitution and in online resources such as Blasting News, Evo News, Proficient Writers, and Writers Department, among others. He lives in Los Angeles and works full-time on his writing and publishing goals. Pennington is highly qualified to write this informative book, as an inspirational survivor of serious mental health struggles. He has overcome challenges that included severe autism, PTSD, clinical depression, and eventual substance misuse—which he used to mask the other underlying conditions.