Spirit Journey of the White Cherokee 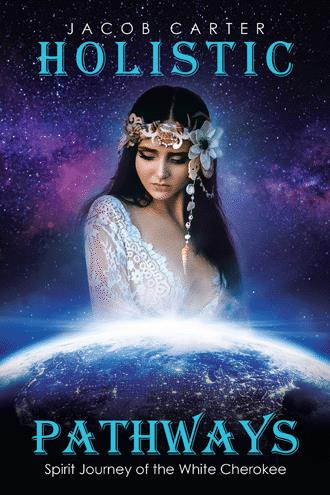 I was blown away by this dream; I became overwhelmed with a feeling of comfort; I started to look up slowly and I noticed the bottom of a white garment; as I noticed the bottom of the garment and was continuing to look up, I was suddenly detached from myself and began viewing this event in the third party. I suddenly saw myself kneeling before Jesus. He was looking down at me with a slight smile upon his face and his arm was extended with his hand placed on the top of my head. His lips began to move as if he was speaking to me. His gestures were gentle and seemed effortless, but with a look that was stern with intensity as to reference the importance of what he was explaining to me. The bad part of this was that there was absolutely no sound whatsoever. I couldn’t hear a word. I could just see the facial expressions and his lips steadily moving. As I was standing there watching this take place, I was very much aware of an incredible emotion. It was a sense of being embraced that I had been longing for. I was mesmerized by the image; it was so beautiful. There was an aura surrounding the event that seemed like it was singing as it shinned. It was a dance of light, but I still couldn’t hear anything. I was watching his lips move as he held me under his hand, looking me eye to eye, but still no audio. I strained to hear, thinking to myself in this dream, oh no, I’m missing it. What are you telling me? I can’t hear you! What are you saying? Suddenly, I was back in the first party just in time to see him looking at me, and then he grinned as he pulled back and was gone. When I woke up from the dream, I was wide awake, like I had been awake for hours, and my body was humming extremely fast. I sat back in my chair to clear my mind with a few breaths to see what I started picking up on. I was eager to begin. It didn’t take long at all when I started getting that vibe that kind of let me know, here it comes. I was used to many different variations of the energy, but something about this just had a different sense to it. I continued with the channel and started getting these surge type sensations; they were impulses of energy that was more intense than anything I had experienced so far. I had already stopped writing because the information was coming in way to fast, much faster than normal and was getting intense. The feeling got so strong that I had to get up out of my chair to walk around and just breath while this was happening. The information never stopped, it continued to flood my mind at an extreme rate. My breathing was deep and rapid, like I had been running. I was just off the back patio, kind of pacing back and forth outside the back door while this was going on. It got to the point that I started getting concerned about how intense this was and that it wasn’t slowing down in the least As I was pacing back and forth feeling the intensity of these impulses surging through me, I turned to where my back was to the house and I took a few steps into the yard toward the trees. Once I took a few steps, I felt a tremendous surge of energy that come with an intensity of emotion like nothing I’ve ever felt before in my life. This impulse was so powerful that it felt like the base of my spine at my root chakra was attached to some type of chord and something pulled it straight down. I suddenly found myself with my knees to the ground, and just as it happened, a light emanated from the mid top of a small pine tree just in front of me. The timing of the energy surge, me being pulled to my knees, and the light coming forth from the little pine sapling all happened at the same time. The center of this light was the same color as lightening, which was white, but it had sort of a bluish tint to it. The center of the light was surrounded by a golden light that was like a golden sun, but it was not blinding. It had motion to it. It stayed in one spot, but the golden edges were dancing like a fire would as it burns. It was the most emotional, powerful, amazing, and magical sight that I have ever experienced. As this was taking place, it was like someone was pouring information into my mind. It was so fast and so powerful. It was like learning years of study in a matter of a few seconds; the ultimate download. This entire event, which was taking place just outside my back door, was exactly what I had dreamed the night before. This time Jesus was in the form of light and I was being flooded with everything that I couldn’t hear in my dream. This time it was physical, and my mind was being permeated with full audio. Mankind doesn’t have words to describe what it’s like to have Jesus touch you and give you everything that you’ve been searching for. The truth to my identity and the knowledge of exactly what I’m a part of was revealed to me with the most powerful emotion of acceptance and connection to my earth that I’ve ever felt. There just aren’t words to give this experience justice. I was taught the TRUTH of the SACRED FEMININE. It is the lost key that brings everything into balance.

The White Cherokee is a man with Cherokee roots whose family survived the total devastation of Hurricane Ivan in 2004. He later found himself on a spiritual journey in connection with his heritage and was thrust upon a path of awakening to knowledge and insight that rival ancient teachings and reveals a sacred truth of creation that was hidden from the people a long time ago. Step into these pages and find out just how incredible our matrix of creation truly is and the immense spiritual power that is hidden within.

Jake Carter is just another guy that got his diploma, then put on his blue-collar and went to work. He grew up in a split family that kept him on the move between the country and city as he bounced from his moms place to his dads. He’s got Native American heritage and has always felt close to nature, so he turned out a whole lot country and a little-bit rock and roll. After some severe trauma in his life, he managed to tap into that Native American side and found out a whole lot of truth for himself. The knowledge he learned is meant for everyone and he just wants to share his story so everyone can finally have the opportunity to see what we’re all truly a part of and just how connected everything really is.