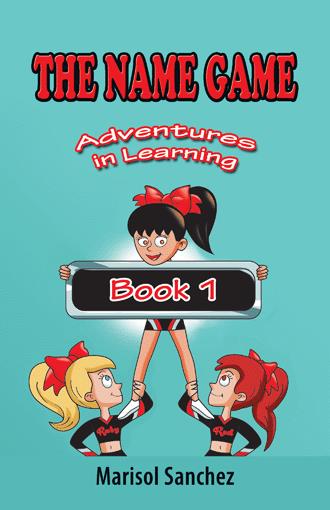 Lilly slumped outside the principal's office, clutching a fancy piece of paper and straining to catch what her parents were saying on the other side of the door. She would have rather been outside with her classmates celebrating the end of fourth grade with cheers and peals of laughter. The fancy piece of paper was a certificate, a Certificate of Participation, to be exact. Lilly ran her fingers over the letters of her name. What a joke. They probably printed this at the last minute just, so I wouldn't be the only kid who didn't get an award. "I hate school!" she said between clenched teeth. She could feel the shame and embarrassment of her situation crawl up her body. "Veronica did not have a good year." Lilly recognized the voice of Principal Pinched-Face. "She failed all of her end-of-year testing. She didn't really bond very well with her classmates either." Principal Pinched-Face was using her adult voice for Lilly’s parents. "I am sorry we could not do more." Great! Not only am I stupid, can't write, do math or sit still. Now I can't even pass end of-year tests. I'm such a disappointment. "She has been so unhappy this year." It was Lilly's mom. Lilly thought she sounded tired. "Well, she's going to have to go to summer school at SOAR Academy again this year." That would be Dad. He sounded irritated. There it was! The dreaded phrase no child ever wants to hear. Summer school!!! Oh no! No!! No!!! No!!!!!!! Lilly jumped up from her chair. She couldn't take it anymore. She needed to get out of there. She ran out the door to the only place she felt happy in this whole school. Her parents found her red-faced, hanging upside down on the monkey bars. It was obvious she had been crying. "Hey, Bean," her father called out. Lilly pulled herself upright and gave her parents the death stare. "You can't call me Lillybean or Bean anymore," she said. Her dad pouted. Lilly executed a perfect backflip from the monkey bars and landed on her feet. She looked at her parents, daring them. Her voice grew cold and final as she declared, "It's Veronica now."

Lilly Chavez just wants to be a normal kid. All she has to do to make it happen, is split her life in two.

There’s Lilly, the girl with learning challenges who has to attend a special school. And there’s Veronica, a rising star in the world of competitive cheerleading.

The last thing she wants is for her teammates to discover her secret.

Can Lilly stop everyone from finding out?
Or will she have to learn to love and accept herself?

Lilly better decide soon because Veronica is running out of time and hiding may no longer be an option.

The Name Game was inspired by Marisol Sanchez’s experience with ADHD and other learning differences. She wanted to write a book for kids to help them overcome the social stigma of learning differently. Marisol lives near the beach in Wilmington, NC with her three amazing children, and two dogs that treat her like a support human. Before she started writing, she experimented with various occupations: Call center management, market research, blogging and podcasting… But her goal is to be a full-time writer and podcaster. This is Marisol Sanchez’s first book. For details on book 2 and future projects make sure to follow Marisol on social media. IG: @Thegratitudecoach FB: Adventures in Learning