A Trilogy in Maya Book Three

The Magic in Maya: Being an Inquiry into God's Destiny 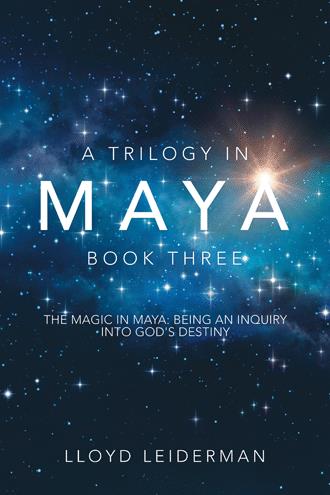 Spirituality Is All a Matter of Choice The Maya of False Conception Is Opportunity Though the energy veil is divinely useful, it does produce specters that potentially jangle more or less out of synch with their mysterious intent. This phantasmagoria greets us as the normal, everyday world we encounter as apparently objective perceptions. I use Keith Dowman’s translation of the Tibetan term for this differentiation: the maya of false conception. Understandably, the term “false conception” sounds like it is unequivocally bad. And, yes, you are definitely not meant to identify with its apparently separate entities dancing about. But, as pointed out strenuously in Books One and Two, the maya of false conception is One with the divine basic immaculate maya. So the “badness” of it arises, not from its inherence, but from how consciousness relates to it. Consciousness relating to apparently differentiated forms as separate from each other and from the divine One is not to be condoned. Translating such perception into facets of the One activates it as God’s Self realized Reality, producing joy and pure Soul as primordially pure pristine awareness. So please don’t just assume a negative knee jerk reaction to the term “maya of false conception.” The proof IS in the pudding’s alchemical eating. All form is intended to sharply focus the One and to radiate it as that alchemically mysterious presence referred to as figure-eight flow. But when formations are allowed to crowd us as unchallenged evil, they but blur Reality’s consciousness. As I will be asserting below, the soul MUST have the opportunity to espouse and identify with evil, but that doesn’t mean it’s hunky-dory to do so. In other words, the maya of false conception is a necessary part of the One’s evolution, but Serpent and soul’s falling for the sense of separation are not. My hope is that my contribution to your soul’s reasoning will aid her to rocket over the preposterous abyss between infinity and the finite, seemingly separate worlds into the far off world of her Causal Body so many times per second that her trek with her Higher Self becomes a commonplace identification. 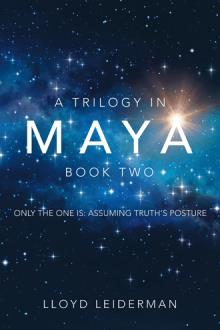 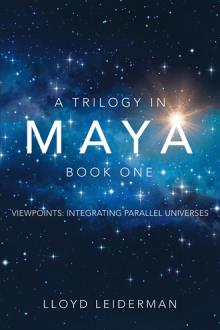 A Trilogy in Maya Book One
Lloyd Leiderman
$21.95

The Magic in Maya examines how you play an integral role in God’s ever evolving destiny. Your everyday outlook and activities can enable the infinite One to grow and realize joy. Within you, the Zoroastrian twins Spenta Mainyu and Angra Mainyu activate divine Love’s Real imagery, which your consciousness creates and encounters in maya’s arena. It’s up to you to tailor your awareness to recognize your Higher Self right within maya’s potentially illusory fabric and to reject the phantoms that arise from it. That spiritual practice will liberate you to bring alchemical verve to everyday life.