The Higher Self and the Ascension Process

by Daniel Mitel & With Drunvalo Melchizedek 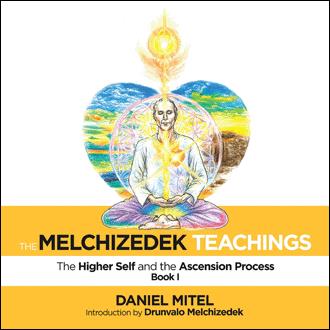 When this particular Universe was created, and there are many more that are not connected or related to ours in any way, the Melchizedek was the consciousness that was asked to go into this new Universe first. This is because the Melchizedeks understand how to make the grids and all the geometrical patterns that are necessary for consciousness to continue. If there was just empty space out there, without planets and star systems, the Melchizedeks would not be able to know where they are, since it takes two to know that we are moving in relation to each other. The first thing they did upon their arrival was to create grids everywhere that informed them where they were in relation to everything else. Then they introduced other geometries that created similar life forms and, at this point, there are many beings that are connected with the Melchizedek Consciousness; in this galaxy alone, there are approximately ten million. At the moment, the Melchizedeks are the caretakers of this Universe and this Universe is about to go through a huge change that it is unlike anything anyone can imagine. It is about to move up an octave which has never happened before. How this is going to happen is completely unknown and somewhat dangerous. For this reason, the Melchizedek Consciousness is watching over everything so that, in the event that things begin to go wrong, they know exactly what to do to restore balance. Human beings on the earth are out of balance and have been illegally interfered with by other forms of life, more so than any other race in the entire Universe, This however, is not necessarily bad. Personally, I am just waiting for this moment of change, because I know it can happen at any moment. It might happen later, since all changes are related to one primary change which is in the axis of the earth and the wobble that is in that axis, According to the Mayans, it takes 25,625 years to complete one cycle. In the 1800’s it was estimated by scientists to be approximately 25,900 years per cycle, but that was incorrect. In the year 2000, scientists used all the technology they had in order to obtain the most accurate estimation and they arrived at 25,700 years per cycle. However, the Mayans have studied this cycle far more than anyone else and their estimation is accurate right down to the minute. This full cycle of 25,625 years, mention of which I have made in my workshops, is half female and half male. For a period of almost 13,000 years the female cycle moves towards the centre of the galaxy, towards light and, once it arrives at that point, it begins to move away from the centre of the galaxy. That is when our consciousness turns towards darkness and when the male cycle emerges in order to protect us in that darkness. Obviously, now that we are reaching the end of times, both male and female cycles are become totally chaotic as each side is trying to prevail. The precision of the equinoxes, and those who have studied this work know this already, is a cycle, but one that is divided into two parts: the part which is the most distant from the centre of the galaxy and the part which is the closest to the centre of the galaxy. Right now, we have just begun to turn and move towards the centre of the galaxy. Soon we will be heading that way. When we reach the other end, our movement will switch again and the male part will come back in and take control. This is what is happening now. We are moving away from the centre of the galaxy, our consciousness is facing darkness and the male part has come in to protect the women and the children. When it reaches the end of the cycle, which is where we are now, it will become chaotic. The same also applies to the female part. The movement is not circular, but spiral. The changes are subtle every time we spiral around and we become more aware and conscious. There are many things that are similar, which is why we have repeated occurrences, even in cycles going back to 2014. The Melchizedek Consciousness is not unique in one single person; it is within each and every living being. They only exception is that those who are consciously connected to the Melchizedek Consciousness have first gone through specific training and they have become naturally one with it. Connecting through the heart is essential. It is primary, deeply, deeply innate in consciousness. There could be no blood life forms breathing air without the heart. A human baby begins with the formation of its heart. We begin from a single cell that divides into 2, 4, 8, 16, 32, 64 cells and so on. When we reach 512 cells, we turn into a toroidal field. That is what I taught in the Awakening the Illuminated Heart (ATIH) workshops, but we now know that the toroidal field continues and becomes the heart. The heart exists physically and it also exists without any other human organ. It becomes a heart all on its own, circulating within itself. And then the tip of the tongue emerges which proves the connection between the tip of the tongue and the heart itself. Then the arms and legs grow, and the last organ to grow is the brain. That is when we end up with a human body and the heart begins circulating blood everywhere. But that is the physical heart. Inside the heart, due to its essential primary function, there are two toroidal fields and I now know where they came from. I now understand why there are two hearts and two spaces in the heart. 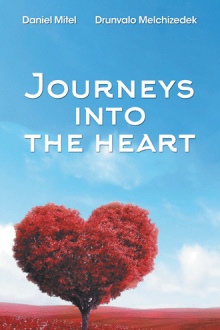 The Melchizedek teachings are undoubtedly the first on every inhabited world as they are considered to be the basis of any civilization. This first book of The Melchizedek Teachings series clarifies a subject that is very important in our times: the higher self and the ascension process.

Daniel is a world-travelling Master of Meditation and Custodian Leader of The School of the Heart (TSOTH) which is the first educational system and the oldest spiritual organization that helps people reconnect with their Higher Self and create from their heart.