The Seven Angels of Peace 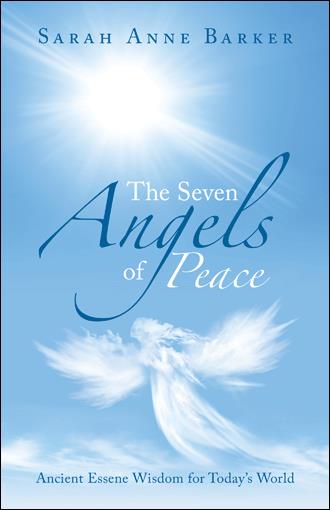 The world of angels was an everyday reality for the Essenes. They believed the sun, the wind, the water and the earth were angels, that the flowers and the trees were angels. The eyes of the Essenes had been opened to a spiritual realm hidden to most, that of the realm of the angels in nature. The Essenes observed the world of nature with different eyes. They saw, with an inner vision, a reality not visible to most. They saw within nature the presence of angels. To speak of the Essenes is to speak about nature. They believed there to be a spiritual quality within nature, and that every leaf, drop of water and ray of sunlight was infused with this spiritual quality. To the Essene the secrets of life were encoded in nature. The forms and shapes of nature, such as the perfection of the shell of a snail, or the whorls of a pine cone, spoke to them of the secrets in nature. Of the perfect symmetry and form which are expressions of a perfect and divine order. They lived a life of quintessential joy, abundant with angels and happiness. They were great gardeners and agriculturists, and even though they lived in the desert, they created abundant and verdant gardens because they gardened co-creatively with the angels.

The 7 Angels of Peace is a living, breathing teaching from the heart. This book lifts the veil on the world of the Essenes and their angels, and the gifts of peace they have to offer us. A complete peace which embraces the seven aspects of our lives; our body and mind, relationships, work, beliefs, the Earth and our Divinity. Sarah Anne Barker brings to life this ancient teaching from the fresh perspective of the angels. As a spiritual teaching which is relevant for the modern world. This teaching is two thousand years old, that of the ancient Essenes and their angels. There have often been teachers of peace, but few have spoken of angels of peace, as the Essenes did. It offers a new vista to the eyes and hearts of those who read it. One of peace, joy and hope for new beginnings. One which empowers us to know we can each make a positive contribution to peace, with the angels. Based on the ancient Essene scrolls which were discovered last century, it is a handbook for peace. We are given the seven angel meditations which we can practise to create peace. A simple, daily meditation practice in which we can invite the angels into our lives for the purpose of peace.

Sarah Anne Barker has gained an international reputation for her courses on the Essenes, their angels and the Tree of Life. Previously a medical scientist, in the early nineties, she experienced a spiritual awakening, and has since followed the inner, mystical path. For the last twenty years she has taught about colour and consciousness, in terms of healing and spiritual growth. She also has a private, holistic, health practice near her home in Tasmania. Originally from the UK, Sarah now lives close to nature, in the highlands of Tasmania, Australia, near the pristine, wilderness World Heritage areas.