Prevailing Over My Bipolar Depression 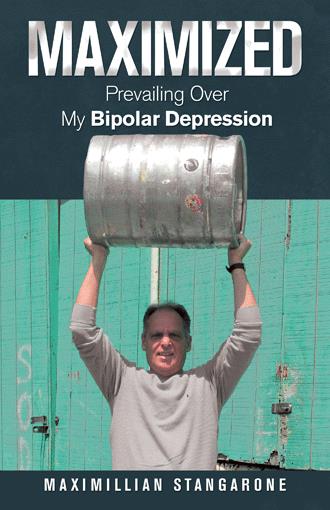 Max Stangarone had never shown any signs of mental illness until his senior year at SUNY Albany. Stress starting creeping in and without warning just a month before graduation, Max was struck with a devastating blow—a full on manic episode, the diagnosis—bipolar disorder with psychosis. Max takes us on his journey to recover his mental health and confidence and learn a new way of life. He takes us through his painful fourteen year bipolar depression and with perseverance is able to prevail over this aspect of the illness. Through years of trials with medications, traditional therapy, and alternative therapies, and family support, Max prevails to share his successes, failures and daily coping tools. With this positive and informative story, Max strives to give hope to others by creating a roadmap to healing with inspirational quotes, medical research, interviews with doctors and research on the latest medications. Living with bipolar disorder is a struggle he has never given up on. His motto is, don’t give up, don’t ever give up.

Max Stangarone has worked in the healthcare field for a number of years as a radiologic technologist and a Health Information Specialist. He enjoys spending time with family and is most proud of tutoring his niece and nephew.